This is Part 2 of a collection of metal in a black vein that I began earlier today. In this second half of the round-up I’ve chosen a couple of advance tracks from forthcoming albums and two recent EPs. I’ve again made these choices in part to provide variety and in part (of course) because the music is all very good.

Sordide are from Rouen, France, with one album to their credit so far (2014’s La France a peur) and a 2015 single (Crève salope, a Renaud cover song). Their second album, Fuir la lumière (escape the light), is now set for release through Avantgarde Music on October 5th. A double-LP version will follow from Avantgarde Music, Immortal Frost Productions, Lost Pilgrims Records, and Saka Cost, and the tape version will be released by Breathe Plastic Records.

As best I can recall, I haven’t encountered Sordide’s music before, but I sure as hell am loving the first advance track from their new album.

“Révolte” is described as “a track about the urgency of revolt, even if it’s too late or pointless”. The single best word I can think of for the song is “exhilarating”. It’s a guitar workout that stays in the red zone for its entire run, with a punk-ish bass and drum rhythm at the outset transforming into a blasting tornado as the guitarist moves into searing inferno territory, and ultimately just becomes deranged. If this wild ride doesn’t give you an adrenaline spike, I’ll be surprised.

(Thanks to my friend Miloš for linking me to this track.) 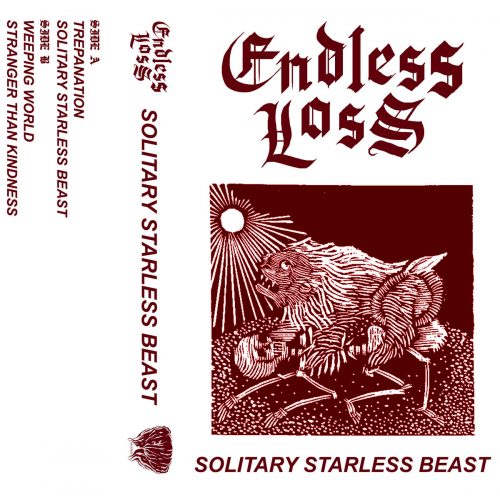 I discovered the following EP through a recent premiere at DECIBEL. It’s from an Australian band named Endless Loss, who refer to themselves as “underground black deathcrust mongrels”, which immediately endeared them to me — though “endearing” isn’t the word I would choose for their music.

Their EP, which is named Solitary Starless Beast (gold stars for that name!), was recorded live by the band themselves. It includes four original tracks and a cover of “Stranger Than Kindness” by Nick Cave and The Bad Seeds (for which extra gold stars must be awarded).

The EP begins with an ugly squall that becomes even more vicious as the opening track unfolds. The vocals move from ghastly roars to the shrieks of a man being skinned alive while staked over a bed of army ants in a feeding frenzy (or so it sounds). The drums hammer until your head starts to crack open like a ripe melon. The riffs sound like the chaotic leading edge of a hurricane. The song is named “Trepanation” for  a reason.

The title track introduces a bit of dismal lead guitar melody before the band resume their catastrophic demolition job, finishing with a slow avalanche of doom chords. “Weeping World” hammers and thunders some more, with a dire and desolate melody slithering along through the maelstrom, becoming increasingly distraught as the song expands its swath of destruction.

As for what the band do with the Nick Cave song, I’ll leave you to discover that for yourselves.

The EP was digitally released on September 9, and Caligari Records and the band are also selling a tape edition. Ordering links are below. 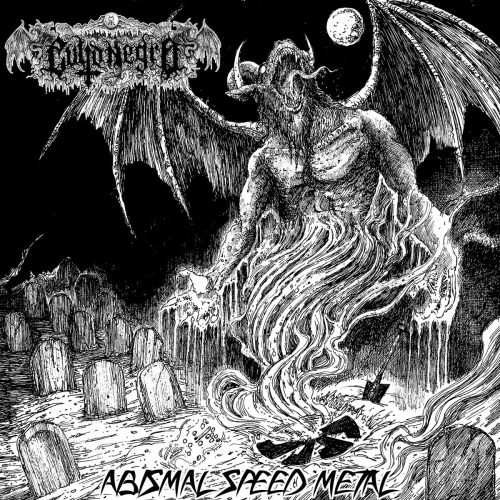 In recent months I seem to have fallen into a habit of including at least one track from a release by Satanath Records or their affiliated label Symbol of Domination in these Shades of Black features. And that’s because their taste in black metal seems to run closely parallel to some of my own. And this Sunday is no different.

This next song is by the Costa Rican band Culto Negro and it comes off their debut EP Abismal Speed Metal — which gets gold stars for truth in advertising. The song is “Saturno Devorado”, and it’s evil through and through — first with one electrifying riff and then with a second one taking over after a quick break. The vocals, in Spanish, are wild as mustangs and filthy as sin. Hot shit.

Abismal Speed Metal will be co-released by Symbol of Domination and Spiritismo Rekords on October 15 in a jewelcase CD with a 12-page booklet. Order here: 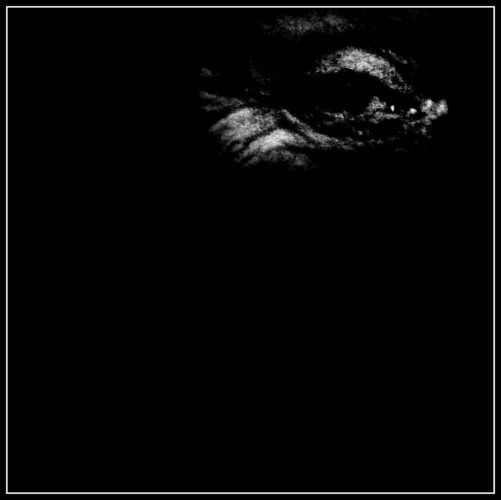 I learned about this next EP by 9 Beds from Skövde, Sweden, through a message from our old friend Utmu, who praised the atmosphere created by the music — and he was certainly right about that. And on top of Utmu’s recommendation, NCS contributor Kaptain Carbon gave the EP an excellent review at his Tape Wyrm blog, from which I will excerpt this paragraph:

“Black metal and extreme metal in general is constantly fighting uphill in terms of presentation. The very nature of continuing to be dark and dreary after nearly 40 years of innovations must be difficult for bands to be genuine but also effective. 9 Beds does not rewrite anything in terms of presentation rather they just tap into an unseen force which already existed. I am sure this band will be less spooky when I see their Facebook page but part of me believes this band doesn’t really exist and I have just encountered my first instance of ghosts.”

Despite the presence of a snare-heavy drum rhythm snapping along, “Marble Coffins” really is all about building an edifice of atmosphere. The distorted waves of guitar sound and unearthly lead-guitar motifs, coupled with the vocalist’s frightful howls, generate visions of desolation, with clouds of ash blowing across a blasted and barren landscape. But it’s not a lifeless landscape — the ambient sounds conjure images of drifting wraiths waiting hungrily for you.

“…the very last drop” doesn’t take nearly as long for you to finish its trip, but it may be even spookier and more malignant than “Marble Coffins”.

Tegeneria-Sessions is ingeniously effective. It was released on August 21, 2016, and it’s available as a “name your price” download at Bandcamp: