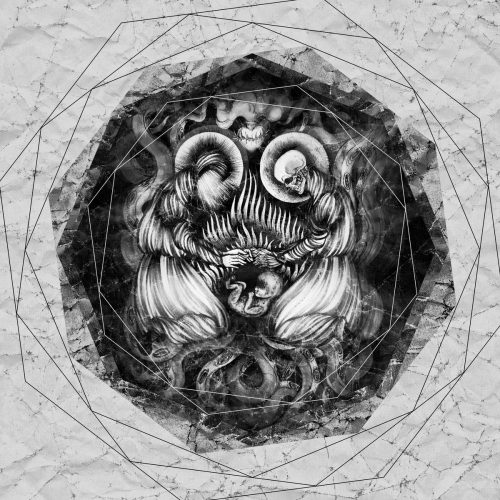 (Andy Synn wrote this review of the second album by the Ukrainian band Octopus Kraft.)

With so many highly-anticipated, big-name albums scheduled for release in the last quarter of 2016 it would be all too easy to fall into the trap of spending all our time focussing on the big releases by the big bands, to the exclusion of the smaller and lesser-known ones. After all, content drives traffic, and more traffic means more clicks and more massaging of the old ego, right?

The thing is, as much as we do love writing about the bigger bands when the mood takes us (and no-one’s going to tell us we’re not allowed to write about whatever/whoever we damn well want), we understand that writing about a big band or a big new release won’t always be the best use of our time.

Obviously, if we think we have a particularly interesting take on things we’ll probably put pen to paper/digit to keyboard and rattle something off which will (hopefully) be worth reading, but there’s always the danger – especially if we’re just one more voice of praise amongst a wider chorus– that whatever we write will just get lost in the general cacophony.

So as much as we enjoy writing about the big names… it’s often more worthwhile for us to focus our energies on covering the smaller, less well-exposed bands. Which is precisely what I’m doing this week, beginning with yesterday’s review of the fantabulous We Had It Coming, by Dormant Ordeal, and continuing today with the second album from Ukranian Post Metal prodigies Octopus Kraft. 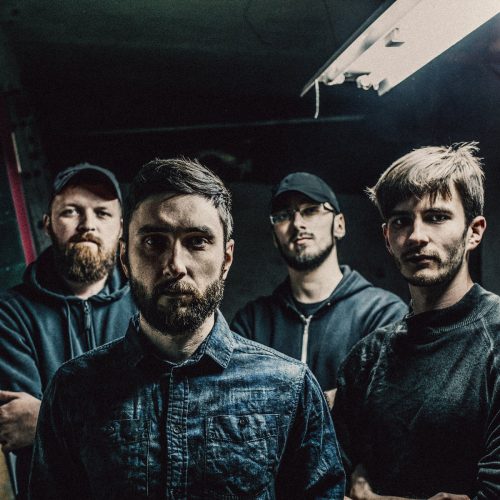 At nine tracks and a little under 63 minutes in length, Through a Thousand Woods certainly offers up more than enough meat and substance to get your teeth into, ranging in style from clanging, choking metallic riff work to more avant-garde ambient deviations from the norm, peppered with raw-throated vocalisations that sit firmly on the rougher, more blistering end of the Metal/Hardcore spectrum.

And while the album’s slightly excessive run-time is definitely a bit of an argument for a “less is more” approach in the future, when it really hits its stride – as it does on the rumbling, tumultuous “Hateable”, which builds over nine pulsating minutes towards an eerily hypnotic, decadently drawn-out finale, and monolithic penultimate track “Celestial Dust” – it’s impossible not be impressed by the band’s enigmatic juxtaposition of artsy ambience and pure, punishing catharsis.

Strongly reminiscent in places of early Cult of Luna/The Ocean (“Cult”, for example, draws heavily from the Beyond/Salvation era of the former, while the heaving, thrust-and-pull of “Regeneration” captures the antagonistic-yet-atmospheric vibe of Fluxion/Aeolian almost perfectly), the Ukranian quartet still manage to differentiate themselves from their forebears through a greater use of atmospheric and avant-garde ambient moments, with intricately plotted interlude numbers like “Node” and “Black Air” providing a welcome breath of fresh air and clarity amidst the often oppressive density of the album’s longer, more metallic compositions.

As unexpectedly thrilling and emotionally bruising as the music on Through a Thousand Woods is, however, some of the credit for its success in capturing my attention must also be attributed to the eye-catching artwork provided by Ukranian artist Abra Black, which not only immediately drew me in at first glance, but which also perfectly captures and represents the character and mood of the music contained beneath it.

So the next time you have a spare hour, why not give this one a chance? It may not be perfect, but I guarantee you’ll be better for the experience once it’s over.

One Response to “OCTOPUS KRAFT: “THROUGH A THOUSAND WOODS””