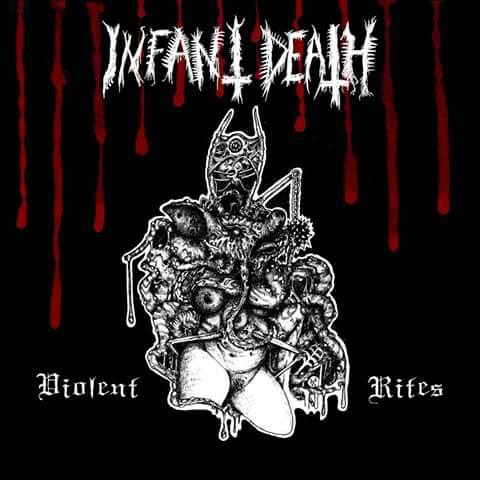 (Norway-based Karina Cifuentes usually brings us interviews (such as the one yesterday with Saor), but today she introduces three underground bands to your ears — though one is accompanied by an interview.)

This time I wanted to introduce some underground bands here. So I have selected some thrash bands. When it comes to thrash I tend to prefer it mixed with some other genre. This is because I really like variety and complexity just to keep it interesting.So the first one will be Infant Death from Trondheim (Norway), the city where the infamous The Mysteriis dom Sathanas cathedral is located. 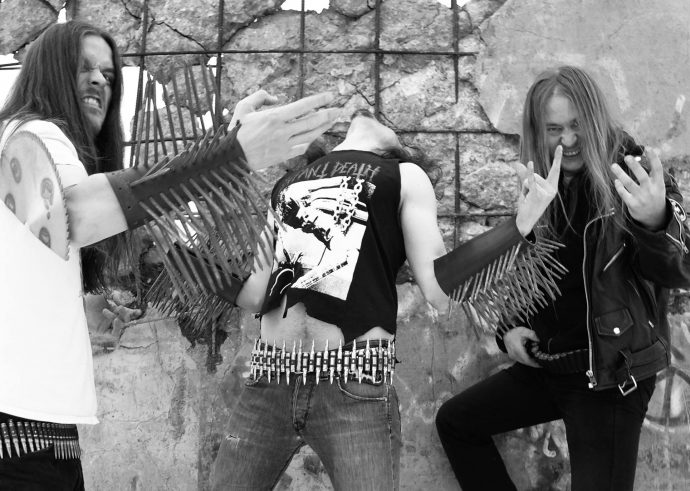 This is a band for fans of old school blackened thrash. If you are into Nifelheim, Aura Noir, and Absu, you will love this one. But what makes Infant Death special is that they are a bit chaotic, just enough, the kinda old school rage and chaos you find in bands like Sadistik Exekution, plus they have grind riffs here and there that add up to that feeling.

So this song I’ve chosen is called “The First Rape in Space”, and as a weird fact, another band called Alien Fucker from Israel has entitled one of their songs the same. They are heavily influenced by Hypocrisy, of all bands, and other weird grind stuff that is not supposed to make sense or be logical, so I stop there.

I contacted Infant Death to find more about this song as I find no lyrics, but apparently the song was made for the Violent Rituals album that is out this October, but it didn’t really fit so it made it instead into a split that was released earlier this year with Evil Madness (Chile). The lyrics are gone and now you know that if “The First Rape in Space” is ever played live, the vocalist will most likely have to get creative on the spot, which is as thrash and metal as f*** as can be, and I support it wholeheartedly. 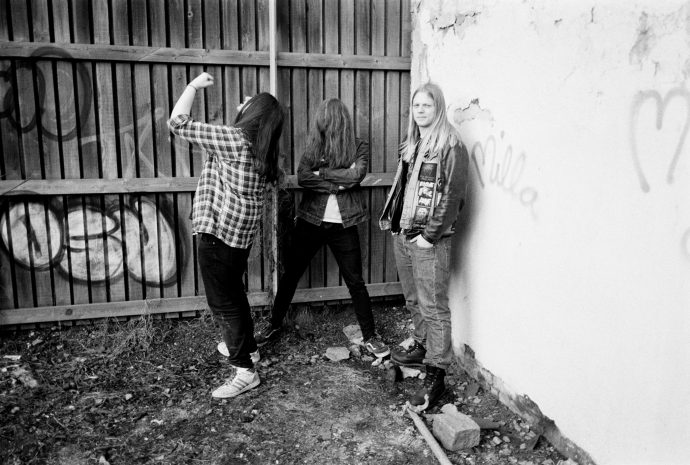 This is another underground band from Norway that is worth a listen. For this one I decided to do a mini interview with Nekromizör:

Filthdigger is a Death Metal band. We draw most of our inspiration from bands such as Repulsion, Autopsy (Demos + Severed Survival), Master (1985 album), Hellhammer/Celtic Frost (Morbid Tales), and Punk bands such as Discharge and Anti Cimex. Our album Damned by the Living Dead got some obvious Punk-references, but the next stuff will be more pure and true to the Death Metal name and genre.

Where do you guys draw the line between the influences and the developing of your own stuff? What kind of composition/production details do you use to get the old school vibe right?

I don’t really know. I generally don’t listen to heavy music when I’m in a writing mood, I prefer a silent room where I can think straight and do my thing without any form of distraction.

No blastbeats, and no cookie-monster growls is the basics. Aside from that, it all lies in the songs and the feel. I have this intuition of how it “has” to sound.

There is a fair share of old school influenced bands in Norway. Do you personally see any special features soundwise that distinguish them from scenes in other countries? I mean, in Sweden, they have a pretty distinctive sound, so I just want to know if we could say about the same comparing the existing old school bands here in Norway and if you are able to come with examples, sound descriptions, band comparisons, that would be cool.

Yeah, there’s a difference, but I’m no scientist. I guess we listen a lot to Autopsy in Norway. Haha. But we don’t use the HM-2, (Filthdigger used it before, but not anymore. I guess the Norwegian sound doesn’t comes from the guitar-tone but more from a general difference.)

To be honest it seems like they listen to too much Entombed and Dismember in Sweden. Sounds more like old Slayer and Autopsy in Norway.

And why are you moving to pure DM, and what kind of DM will it be? Plus, when is it going to be released? And finally, some thoughts on the DM scene in Norway that has to live under the shadow of the BM scene. Any possible advantages/challenges you can think of? How do you guys want to contribute to the DM scene?

Because we were aware of what influences we put into Damned by the Living Dead and Demo 4, and now we want to do something slightly different. For me it’s just because I want to make something that is as pure as I can make, just strip away every unnecessary element that Death Metal doesn’t need. But what’s necessary and not is a subjective thing. We just do what we feel like we should do.

The Death Metal scene in Norway is not existing in that way where there are shows with three or more DM bands playing one show. (And if that would happen, it would be boring.) Death metal coexists among Thrash, punk/hardcore, and general old school metal. Seems like they have a scene in Sweden still to this day. But really, I wouldn’t say that there is a scene for just Death Metal in Norway.

Black Metal… Do I need to talk about that?

I don’t think we want to contribute in any particular way. Bands like Obliteration, Gouge, and Mions Hill have already made killer music and paved the way. We just want to play the music that we enjoy playing. 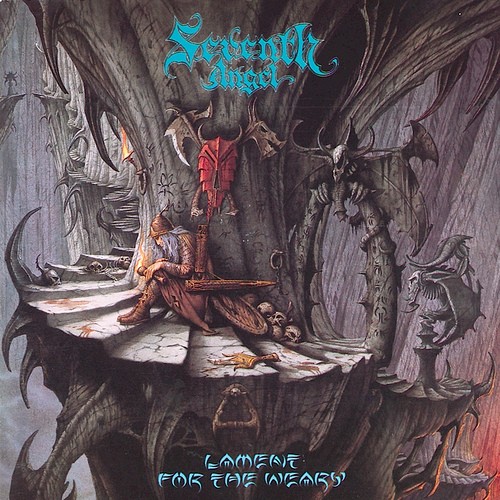 I was looking for images of the apocalypse and saw something that looked really cool and kinda metal, so I just clicked on i,t and as the image expanded I could see a logo that I immediately linked to old school thrash.

I found that the band in question was formed in 1987 and it apparently had received attention from BBC and Channel 4 in England at that time, maybe because of the fact that it is a Christian band and that metal meant much more back in those days for the mainstream media. I had no idea it existed.

Their first album The Torment is pretty thrash and I didn’t really like it that much, so I tried their second album from 1991 instead (Lament For the Weary). I must say I found it pretty interesting because it combines doom and thrash. To me personally, thrash has always been a sort of antidepressant. It gives me lots of energy and it gives me a happy feeling because it is so rhythmical, so to find it combined with something so sad and melancholic was weird.

Even though it is a Christian band the lyrical themes are typically doom-like depression and suicide, and the thrash voice fits as a kind of lament. Even though at times it gets a bit awkward and kinda sad-ballad-like, the old school thrash is predominant and well kept. So if you have no qualms with so-called white metal, please give it a try. I think white metal is different soundwise, and pretty few bands within that genre have made a good impression on me so far.