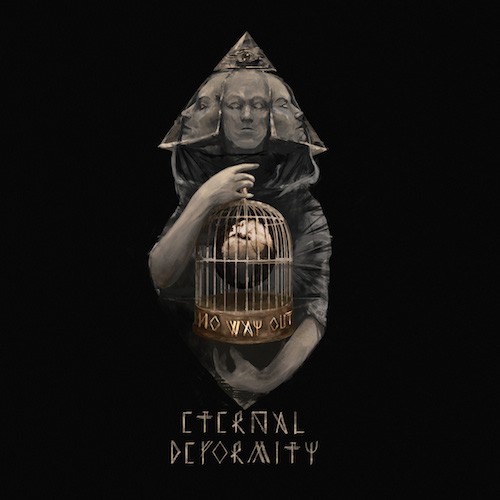 On November 18, Temple of Torturous will release the first album by Poland’s Eternal Deformity since The Beauty of Chaos four years ago. The new one is named No Way Out, and today we bring you a song virtually guaranteed to carry you away with its vibrancy, dynamism, and emotional power — “Reinvented“.

Those of you familiar with the band’s previous releases will be aware that Eternal Deformity have been on an ever-changing path of musical exploration, from the doom and gothic-slanted leanings of their early material to the circus-themed nightmare of Frozen Circus and the symphonic/blackened traits of The Beauty Of Chaos. The new album incorporates these previous elements of the band’s journey, but it also moves in other directions. 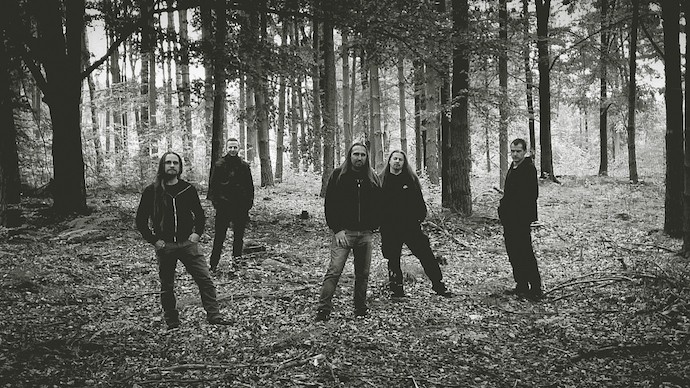 “Reinvented” is an ambitious work, a multifaceted, elaborately textured, 10-minute song that grows more and more engrossing and magnetic as it moves forward. It’s dark and atmospheric but also powerfully heavy and pulsing with vibrant energy.

It builds from a start that includes the sound of wind and the picking of a guitar, and as the full band join in, they quickly establish an overhang of ominous gloom. But the riffs begin to jab and the drums start to drive like pistons, with gruff growling and cavernous roars adding to the music’s building savagery.

A lot of dynamic twists and turns lie ahead, including the sweep of symphonic keyboards, darting and flickering lead guitars, an instrumental break in which a piano and symphony briefly assume center stage, and a pair of guitar solos — one fluid and sinuous, the other  furious, fiery, and technically eye-popping.

It’s a dramatic and captivating piece that’s grim and grand, perilous and progressive — and the minutes have passed before you know it.

The band have commented on the album as follows:

“Our new album No Way Out is very important for us as its final shape has been influenced by many factors, both the external and internal. It’s an album that both in the title and its expression has a double meaning. Our main inspiration were present world events and the accompanying conspiracy theories, which we feel are not only interesting but also they increasingly become certainty and are reflected in today’s reality. We have tried to create a unified work. Subjectively speaking, we believe that we’ve achieved what we were aiming for.”

No Way Out was produced by Tomasz Zalewski at Zed Studio in Poland. It will be released by Temple of Torturous on November 18.