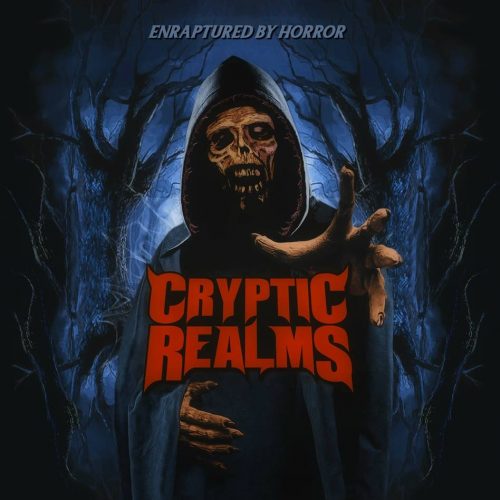 Imagine a swarm of giant carnivorous hornets from hell murdering a water buffalo and tearing its flesh into a bloody, quivering mass of viscera and bone. Okay, hold that thought….

On November 21 a collaboration of two Mexican labels, Iron Blood & Death Corporation and Death In Pieces Records will release the debut album of Cryptic Realms, which bears the descriptively accurate title Enraptured By Horror. Today we bring you the premiere of the title track, also descriptively accurate in its name. 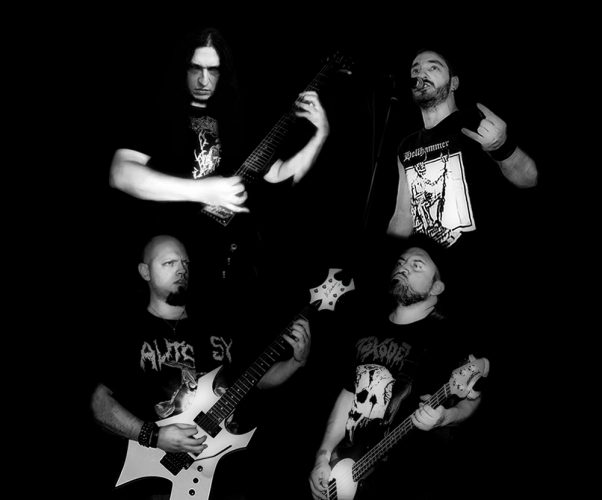 Cryptic Realms is an international collective of artists from other bands, specifically:

They have harnessed their talents together in order to bring you some grimly sinister and poisonous death anthems, including this title track. As you listen, perhaps you’ll remember the first sentence of this post.

After an extended intro consisting of distorted ambient sounds and ghoulish wailing, the song begins its cold assault with bursts of double-bass drumming and deep, buzzing riffs, and a voice scraped raw by fury that falls someplace between clean and jagged enough to cut muscle. The song is also packed with pestilential guitar soloing, which suits the music’s general atmosphere of a feeding frenzy in progress, but there’s a pleasing hammering quality to the song as well.

The CD release will be limited to 500 copies. For more info, check these links:

3 Responses to “AN NCS PREMIERE: CRYPTIC REALMS — “ENRAPTURED BY HORROR””