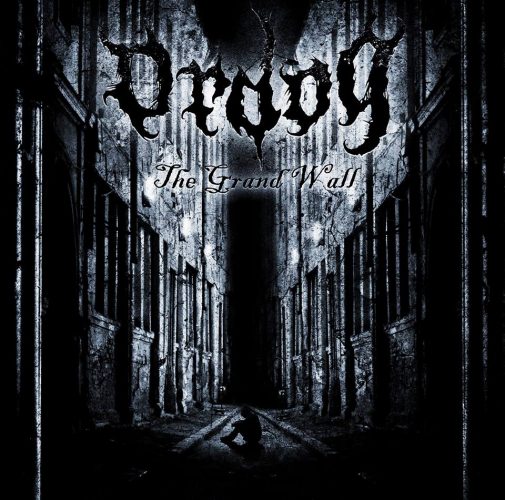 Earlier today I asked our readers to share their nominees for our list of the year’s “Most Infectious Extreme Metal Songs”. I have my own big list of candidates, and the album you’re about to hear is home to multiple songs on that list. The album’s name is The Grand Wall, and it will be co-released by Solitude Productions, Moscow Funeral League, and Frozen Light on November 21.

This is the fifth album of the Finnish doom/death band Ordog, but for me it’s my introduction to Ordog’s music — and a hugely compelling introduction it is. As you’ll see, the band describe the album as “more aggressive compared to the previous ones”, but with melancholy going hand in hand with the aggression. As I listened to it, I thought it would appeal to fans that cut across the swath of such groups as In Mourning, October Tide, early Paradise Lost, and even Bolt Thrower. It’s an earthshaker and a headbanger, and on the other hand, it’s also deeply (and hauntingly) entrancing.

I have some more thoughts about the album, which has quickly become a late-year favorite of mine, but I’ll first share some comments by members of the band: 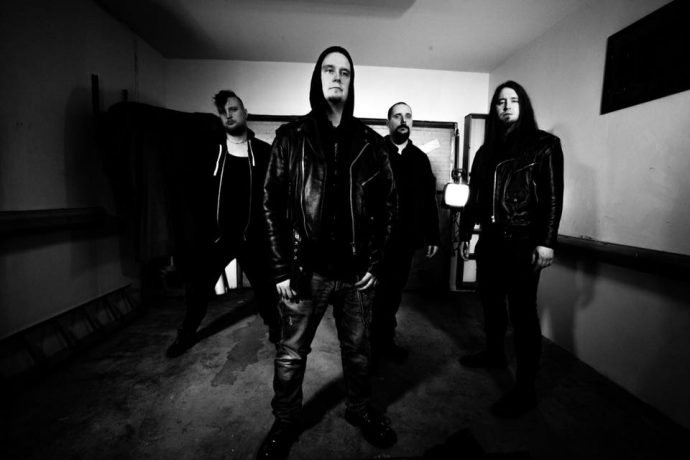 Vocalist Aleksi Martikainen: “The lyrics in this album vary more than in any of our albums before. The lyrics move more between philosophical aspects, introspection, and how we reflect to sudden loss in life. Of course the more traditional lyrical themes are there, like sorrow and pessimism — in a methaphorical way. But the listener can find and interpret their own meanings from the lyrics we created.”

Keyboardist Jussi Harju: “The creation process was very different now that we had finally formed from a trio to a full band; this affected greatly upon the general mood and gave a new kind of depth to the songs. Personally I am very pleased with the outcome and think that we succeeded to create the best album as of yet.”

Guitarist/vocalist Valtteri Isometsä: “Soundwise this is a very powerful record and there’s some new musical elements blended in. I think this album is more aggressive compared to our previous ones, but there’s still the melancholy which goes hand in hand with the aggression. There’s a grand wall standing on your way.”

Bassist Olli-Pekka Rissanen: “I’m very satisfied with the upcoming album. I don’t want to take any pressure whether it will succeed or not. Anyhow, we have made a great record and I think that’s the most important thing that we all can underline.”

I mentioned earlier that the album is home to some of my own candidates for “most infectious” songs of the year, and perhaps the leading contender is “In the Looming Bitterness“. It’s one of several up-tempo tracks on the album, a big, lumbering, hard-grooving, imminently headbangable, death metal stomp. But as in the case of other tracks, it also includes an eerie, ambient keyboard chorus melody that shimmers above the skull-cleaving core of the song. And with two minutes left at the end, the band introduce a beautiful, memorable piano melody that elevates an already gripping song to an even higher plane.

The song also features another key component of The Grand Wall’s great appeal — the deep, gravel-throated, meat-eating growls that are the dominant vocals in the songs, the kind of monstrous yet well-rounded sound that may put you in mind of the likes of Johan Hegg, Karl Willets, Tobias Netzell, or Tomi Joutsen. To accent moments of special intensity, you’ll also hear a different style — venomous, demonic snarls and shrieks capable of putting the hair up on your arms. And while we’re on the subject of vocals, the album’s immense title track also includes affecting clean vocals with a gothic air that suit the dark and dreamlike three-minute introduction to that fascinating track.

“In the Looming Bitterness” isn’t the only highly infectious song on The Great Wall. One of the album’s strengths is that it’s loaded with memorable melodies and bone-shaking riffs and rhythms. But you’ll also discover how much variety the album presents through its six long songs — five of which are roughly in the 7-9 minute range, with the closing title track nearly reaching 11 minutes.

“Open the Doors To “Red” opens the album with a warm, lilting guitar melody, only to bring the weight of earth-moving doom chords down on your fragile head. There’s something ominous, unreal, and even hallucinatory about the atmosphere of the song, due in part to the unexpected bursts of abrasion that intrude in the softer parts of the song. In some ways, it’s a challenging way to begin an album, but it’s followed by something even more unnerving.

“Sundered” is a heaving, lurching piece of music for much of its length, with an oppressive, claustrophobic, even narcotic air. The slithering lead at the song’s start is downright queasy, as if someone is messing with your inner ear. But the song has surprises in store as well, including an unexpecedtly bluesy guitar solo, a swirling keyboard melody that’s spectral, and finally a supremely head-nodding groove in the song’s intense concluding section.

The songs on The Grand Wall are arranged in a way that varies the pacing, and so that big pulse-pounder “In the Looming Bitterness” comes next — and it in turn is followed by “The Perfect Cut“, a slow, massive, and majestically mournful piece that’s on the edge of funeral doom. It also has its fair share of hammering grooves, but the song’s great strength is its tear-sodden melody, which soaks in and chills the skin, and a beautifully executed, extended guitar solo that fits the song’s grieving mood and yet is riveting in its vibrancy.

Consistent with the dynamism reflected in the ordering of the album’s tracks, “Winds In Water” then accelerates the tempo. It’s a warlike, mid-paced gallop that builds tension and drama, melding a dark and ominous atmosphere with hard-driving propulsion.

And then you come to that big closing track which shares the album’s name. The long first section of the song is moody and dreamlike, and includes a strange, pulsating keyboard motif that sounds almost like a squeezebox, along with those clean vocals I mentioned earlier. The main body of the song is heavy as hell, yet you never lose the thread of the core melody, which seeps deeply into the mind as Ordog spin off elaborations on the theme — straight through to the appearance of a piano near the end, which puts the icing on the cake.

I have some concern that with this album appearing so close to the end of the year, and coming from a band whose name may still be well under the radar for a lot of listeners, it won’t get the attention it deserves. I hope that doesn’t happen, because it’s a wonderful album. No filler here, no wasted minutes, every song stands tall by itself, and the album as a whole makes for a richly rewarding listen from start to finish.

For info about how to obtain the album, visit these links:

6 Responses to “AN NCS ALBUM PREMIERE (AND A REVIEW): ORDOG — “THE GRAND WALL””