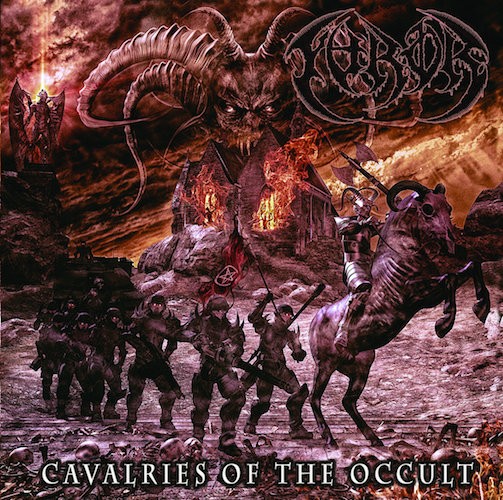 The first week of March seems so far away that it’s like a shimmering mirage on the calendar, with a vast expanse of days to cross before we reach it. That happens to be the time when Transcending Obscurity Records will discharge the fifth album by Australia’s The Furor, the title of which is Cavalries of the Occult. It’s a long wait, but after you hear the album’s title track, which we’re premiering today, you’l probably need the next few months just to catch your breath.

Seriously, you probably ought to put on a crash helmet, fasten your seatbelt, and put on some flame-retardent outerwear before listening to this song. It’s an absolutely scorching, blindingly explosive, adrenaline-triggering rocket ride. 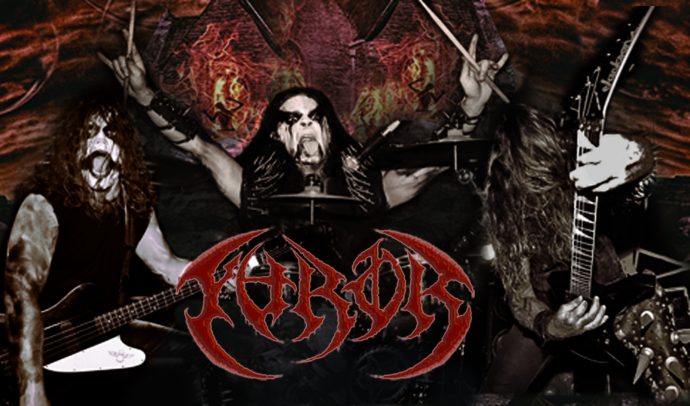 For this new album, The Furor are again anchored by drummer/vocalist Dizazter, who is also a fixture in Singapore’s Impiety, and he also recorded guitars for the album. He’s joined this time by guitarist Hellhound and bassist The Grand Impaler. Together they’ve created an electrifying detonation of unhinged savagery that’s likely to leave you… breathless.

The title track is a berserker rampage, technically jaw-dropping and blindingly fast. But it doesn’t start that way. In the opening minute there’s a hint of the seething viciousness that’s about to explode, as well as a taste of the hard-hitting punch of the drum performance. It begins to boil as it rocks… and then it starts to thrash… and then all hell breaks loose. The song becomes a sonic Vesuvius of hyper-speed drumming and equally furious guitar swarms, segmented by jabbing percussive bursts. demented guitar solos hot enough to melt lead, and resurgences of head-hammering thrash riffs.

As the song surges ahead like a missile with the afterburners blazing, it veers, swoops, and dives with abandon, and the exhilarating effect of the experience is made even more pulse-pounding by the ferocity of the vocals, which themselves change course in a way that matches the frenzy of the instrumental performances.

Lest you think “Cavalries of the Occult” is an outlier for this album (it’s not), we’ve also included a video for another track (“The Second Coming Slaughtered”) right after our premiere of this title track. To pre-order the album along with related merch, go here:

And for more info, check these links:

4 Responses to “AN NCS PREMIERE: THE FUROR — “CAVALRIES OF THE OCCULT””