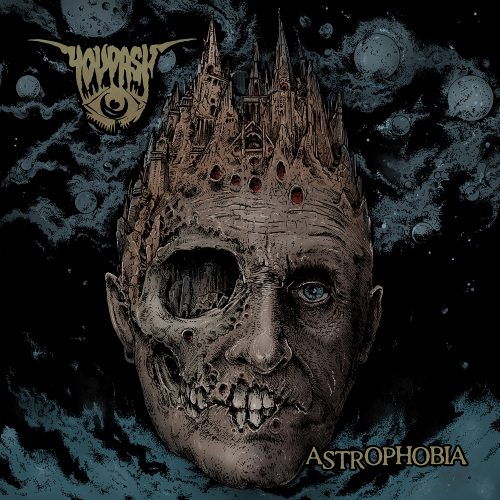 December 16 is the date set by Deformeathing Production for the release of the debut album Astrophobia by the Polish band Youdash. What we have for you today is a stream of the album’s next-to-last track, “Force Guide“, as well as a collection of other songs from the album that have debuted previously.

You’ll discover from listening to the songs that the music of Youdash isn’t easy to pigeonhole, though it’s quite successful in rattling and scrambling your head in interesting ways, and sometimes fracturing it, too. Take “Force Guide” as an example. 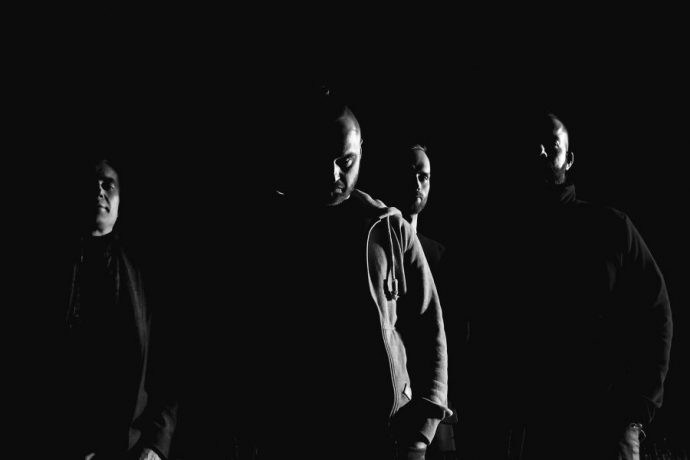 Strange, gliding streamers of near-ambient sound can be heard, almost like cryptic messages from the void. But that’s just whispering at the back of your mind. In the forefront is a furious bombastic barrage of instrumental pyrotechnics. Rapidly darting and jabbing riffs combine with unpredictable drum rhythms and progressions. Slithering melodies appear and disappear. The drummer periodically explodes in a fury, manifesting the sounds of a war zone. Head-twisting arpeggios and rapidly bubbling bass notes explode without warning. Through it all, a maniacal vocalist veers between blood-spraying shrieks and bear-like roars.

The entire experience is like jamming a live power line right into the bass of your neck and then dancing in a convulsive seizure. It’s a fiery death metal inferno that’s technically very impressive and flamboyantly exuberant in its conception and execution.

But if you listen to some of the other tracks we’re including below (which you should), you’ll also find perhaps even greater insanity and unpredictability (along with ironclad grooves), of the kind that justifies press references to such bands as Dillinger Escape Plan, Meshuggah, and Mr. Bungle.

As noted, Astrophobia will be be released on December 16, 2016. Pre-order and social media links can be found below, along with a track list.