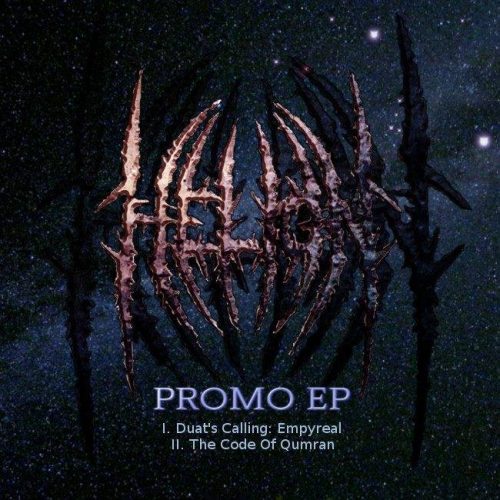 Have you been feeling sluggish lately? Beaten down and worn out from the travails of daily life? Sleeping poorly and waking up exhausted? So disheartened by the drabness of your existence that all the color has been leached from the passing hours, leaving your world a monochrome gray? If so, we have a sure-fire cure for you: Listen to Helion.

Helion was spawned in 2009 in the Lombardy region of northern Italy, the brainchild of guitarist/vocalist Massimiliano Cirelli. Helion’s full line-up now includes musicians from other bands, including Maze of Sothoth, With Out, Redneck, and Mortui Corpus. Together, this quartet have recorded a two-track promo that we’re premiering today, and it’s guaranteed to get your blood rushing and pop open your eyes  like an electric shock. 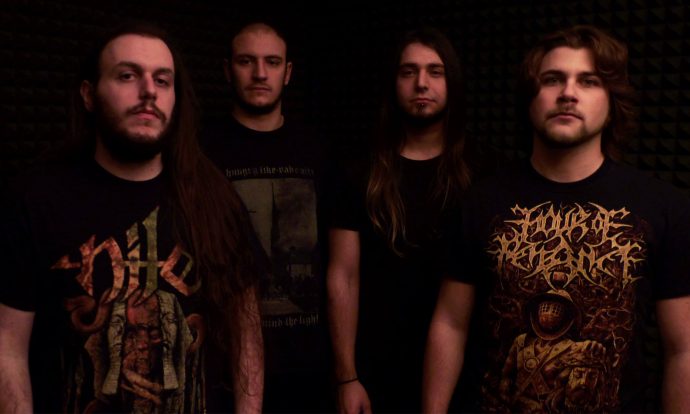 The speed, the instrumental athleticism, and the ferocity of these two songs puts them in the technical death metal column, but as you’ll discover, this isn’t a cold, mechanized blizzard of notes and beats without shape or heart. The songs are dynamic, well-structured, and surging with energy. They incorporate jolting grooves and melodic motifs that make them catchy as well as technically impressive. And both songs are also stamped with a signature hallmark that makes them especially stand out — which I’ll come to in a few more sentences.

Helion have crafted an array of distorted, blood-pumping riffs that alternately rake, jab, and swarm, and they combine them with blazing-fast guitar leads that dart, swirl, and sometimes skitter in an insectile frenzy. The music also features ravenous howls and roars, high-speed, militaristic drumwork, and bubbling bass notes add warmth as well as propulsive power.

But the guitar solos in these two songs are what rockets them to the next level. The high, clear tone of the solos makes them leap out from the music like a fire elemental freed from a restraining spell. Fast, fluid, and kaleidoscopic, they give these songs a distinctive vitality.

Listen to Helion’s promo via the YouTube stream below. The songs will soon be available for download via Bandcamp: