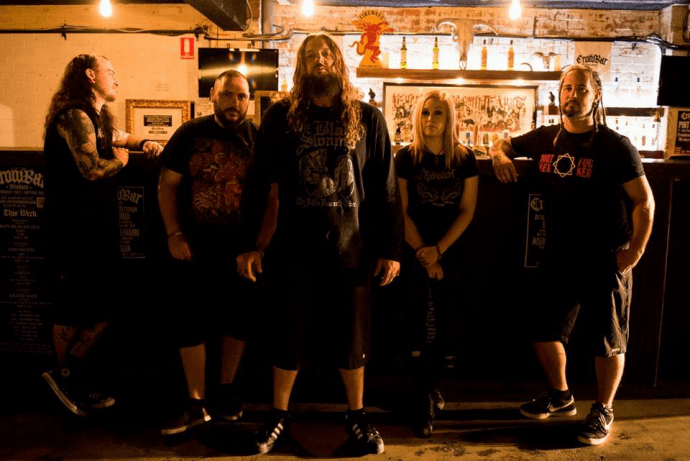 If you haven’t had your head hammered and your spine jolted lately, we’re going to fill that need right now. Actually, an Australian band named In Death… will do that for you. We’ll just stand off to the side and wait to sweep up the bone fragments after they’re done.

What we have for you is an official video for a track named “Godzilla” off In Death…‘s new album The Devil Speaks, which is headed your way early next year. Good name for the song, as you’ll soon discover. 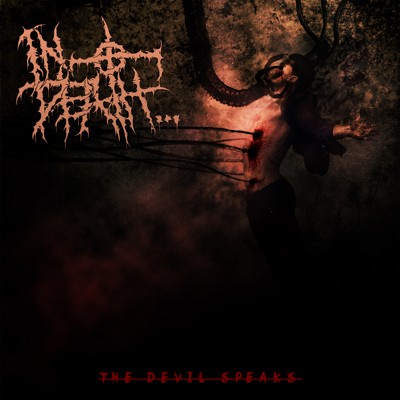 It’s a nasty piece of skeletal deconstruction, made even nastier by the frontman’s violent growls, which seem to emerge in a fury from a throat filled with venom. But it’s the kind of nastiness that all good headbangers will appreciate, because “Godzilla” is a sure-fire headbang trigger.

The shadowy video (filmed and edited by Wilson Bambrick) is also very well done, matching and amplifying the hard-hitting force of the song with a strobing effect (and if strobe-lighting bothers you, be forewarned).

The Devil Speaks was recorded at Core Studios and mixed and mastered by Hertz Studio in Poland. It’s tentatively projected for release in February 2017. For further details, watch these spaces:

Here’s the Track List, followed by the new song and video:

1. Malignancy Eradicated
2. The Pitfalls Of Immortality
3. Bow To Your Master
4. Every Burial
5. Godzilla
6. Fuck Your Kind
7. The Devil Speaks
8. King Of The Deadpool

One Response to “AN NCS VIDEO PREMIERE: IN DEATH… — “GODZILLA””