(As LISTMANIA continues at our site, TheMadIsraeli provides his year-end lists in graphical form.)

2016 was a rough year for me that kept me from really submerging myself in music the way I would normally want to. While it seems that I managed to listen to many of the releases that really mattered, I do feel like I fell a bit short. I was, however, able to put together three lists: A top-10 death metal list, a melodic death metal list, and an overall top 10 of the year, which you’ll see in the Topster’s collages below.

A few ramble notes before the lists…

This is the first time a Meshuggah album has 100% failed to grab or impress me.

Black metal, while I don’t have a top 10 list for it, had an absolutely killer year.

2016 was a year of over-the-top brutal and technically impressive death metal.

Vektor is the shamefully passed over MVP of this year.

Thrash was D.O.A in 2016 in my opinion. Watchtower and Vektor are the only bands who delivered.

With that said, here are the lists: 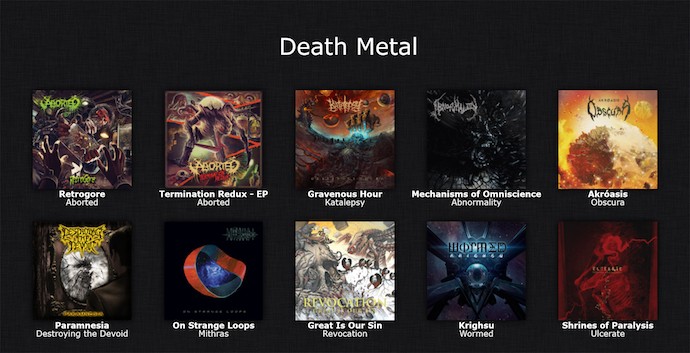 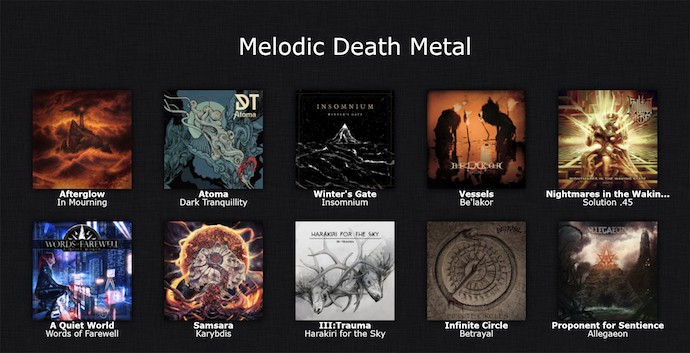 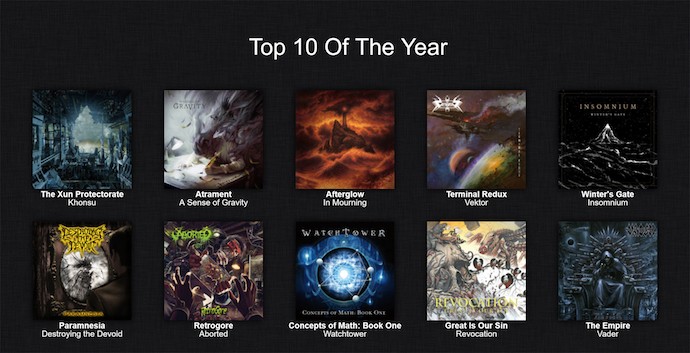