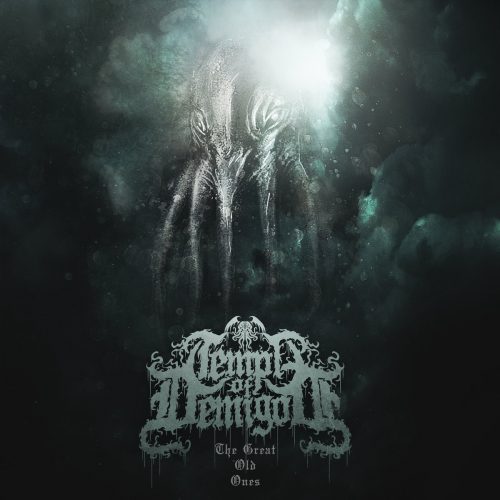 The Lovecraftian mythos of The Great Old Ones can be musically interpreted in different ways, and within the realm of metal it has been. But the overpowering horror and ancient, terrible power of Lovecraft’s creations seem to cry out for the grandeur of a symphonic treatment. Others have attempted such a thing; few have been as successful as Temple of Demigod in the new album we’re premiering today, which boldly takes The Great Old Ones as its name.

The great peril of all symphonic metal is its tendency in the hands of many bands to become cheesy, or simply too monochromatic and uninventive to add much of worth to the underlying metal elements of the music, or so incessantly bombastic that it tends to produce a mind-numbing effect over the length of an album. These are all pitfalls that Temple of Demigod masterfully avoids, and the success is all the more impressive because The Great Old Ones is the work of only one person. 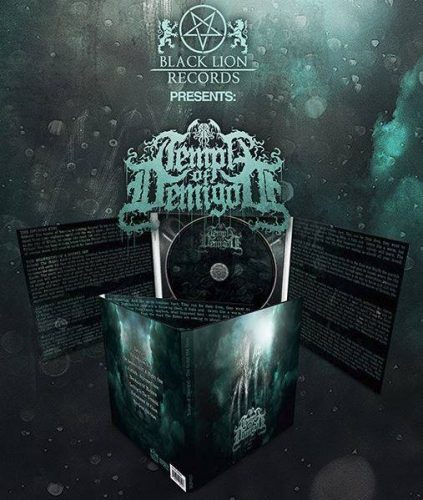 The man behind Temple of Demigod is Armenian composer, multi-instrumentalist, and vocalist Mark Erskine, who is also a guitarist/songwriter for the band Ghoulchapel. Inspired by the works of Lovecraft, he has created a sequence of songs that are each based upon different aspects of the great man’s stories.

He has explained to us that “Ominous King” and “Awakening Of A Mighty One” are about the mighty Cthulhu — “in the first one he’s still in slumber, the next one tells about his awakening from the slumber” — while the fourth track is about Azathoth, “the chaotic creature from space, the God of Gods.” “Mountains Of Madness” was inspired by the novella “At the Mountains of Madness”, relating in musical form the story of the research expedition’s discovery of the remains of prehistoric life-forms and the explorers’ destruction by the terrifying creatures of R’lyeh.

In turn, “Lurking In The Treshold” is dedicated to Yog-Sothoth, the “Supreme God that takes the form of a conglomeration of glowing spheres”, and the next track, “Embodiment Of Chaos”, takes as its subject Nyarlathotep; the “embodiment of chaos”, it is a terrifying creature “with no form”, “wandering the earth gathering legions of followers”. And finally, the album concludes with the title track, which is “about all the creatures in whole, about their unlimited power and our helplessness before them.”

The music itself is intricate, meticulously planned, richly textured, and generates an overarching atmosphere of inhuman horror and terror-stricken madness. But within this frightful and awe-inspiring musical realm there are abundant contrasts — from grand marches to explosions of frenzied chaos, from ominous sensations of impending doom to moments of somber beauty, from exhilarating gallops to bouts of hallucinatory derangement.

In genre terms, Erskine has drawn on an array of influences, including Scandinavian melodic death metal and the epic black metal achievements of such bands as Emperor, Dark Funeral, and of course Dimmu Borgir. The music also includes signs of the the ominous weight of Behemoth in the mix.

Erskine has an obvious talent in crafting electrifying riffs — riffs that alternately seethe, hammer, jab, and swirl — along with equally vibrant guitar and keyboard leads. He also adds small helpings of piano melody, mournful violin, and ambient shimmer in some of the songs, in ways that create surprising contrasts with the immense power of the surrounding sound.

But make no mistake, this is symphonic metal, and the orchestral components of the songs are never far away. Yes, Temple of Demigod does use the orchestral compositions in bombastic ways, often accompanied by blast-beat fusillades and the rumbling thunder of double-bass drums — this is Lovecraftian metal about The Great Old Ones, after all — but the range of textures is much more diverse than that. The symphonic arrangements are also used in ways that add dark and ominous gloom, panoramic sweep, and sinister urgency.

The dynamism of the music is also reflected in Erskine’s vocals, which vary from deep, heartless roars to scalding shrieks and abrading howls.

There are no weak links in the chapters of this grand and horrifying narrative, but if you do nothing else, carve out 13 minutes to hear “The Awakening of A Mighty One” and “Azathoth – Supreme Chaos” back-to-back. They will give you a vivid sense of the multifaceted and dynamic qualities of the music that’s abundantly present throughout the album, and the contrast between the ending of the former song and the beginning of the latter is one of the album’s best moments.

The Great Old Ones will be released tomorrow — December 24 — by Black Lion Records, both on CD and digitally. To order, go here:

3 Responses to “AN NCS ALBUM PREMIERE (AND A REVIEW): TEMPLE OF DEMIGOD — “THE GREAT OLD ONES””