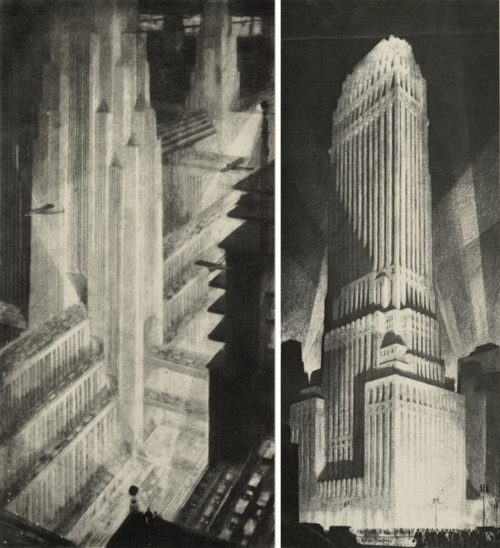 I’ve tried, but I haven’t succeeded, in stitching together my thoughts about the album in a coherent, organized form. The music defeats such efforts, or at least my own. More likely, I just haven’t yet reassembled the parts of my mind that were fragmented but also left spellbound by what I’ve heard. So I’ll just scatter my impressions before you like leaves that are still swirling in the wind. 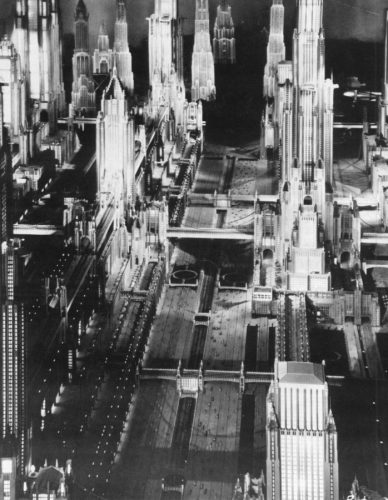 In the most prosaic and mundane terms, the album is a form of raw atmospheric black metal, one that sounds as if it had been recorded in two different centuries at the same time, one long past and one that lies ahead of us.

The resonances of a time long past come from different sources within the music. Some of them barely detectible beneath the veneer of distortion that coats almost everything — especially during the immense storms of abrasive sound that are often unleashed over the album’s course — and some of them quite clear.

These memories of times long gone begin in the first track, “Column of Astrological Memories”. It includes samples of what sound like musical recordings from the ’20s or ’30s, as well as what might be organ music and choral voices. In fact, there’s an aspect of the entire track that resembles an old phonograph recording marred by scratches. It ends with a sample from the 1933 movie Baby Face. But the track also includes what sounds like voices of pain and derangement, buried within the murk and abrasion and the howl of rushing wind.

More voices from an old recording can be heard at the end of “The Doom of New Orleans”. And I’m pretty sure the long sample in the penultimate track is an excerpt from a speech by Franklin Delano Roosevelt delivered during the ’30s, though I’m not sure which one (it sounds pretty relevant today, despite its age).

But some of the wisps of melody that surface here and there seem even older still, almost medieval in their cast. Is there a flute melody at the beginning of the closing track? Are those strummed chords at the end of the same track a lute or a dulcimer?

A lot of what I’m writing here is guesswork, because it’s hard to tell what you’re hearing most of the time. Most of the time, the sound is densely layered with effects and ingredients, often to the point that it becomes cacophonous. Part of the album’s strange attraction comes from the listener’s reflexive attempt to discern and define what these sounds are. But it’s better not to try too hard, because that only spoils the magic.

While aspects of the music recall the past, other aspects seem to leap into a dystopian future. You get your first real taste of that in the second track, “The Great Escape From Capricorn City”, which greets the listener with a typhoon of destructive sonic force. There might be voices howling, screaming, and roaring across the expanse of the maelstrom. There might be a vibrating tremolo riff in there, as well as pealing tones that surface and subside. But I’m not sure. 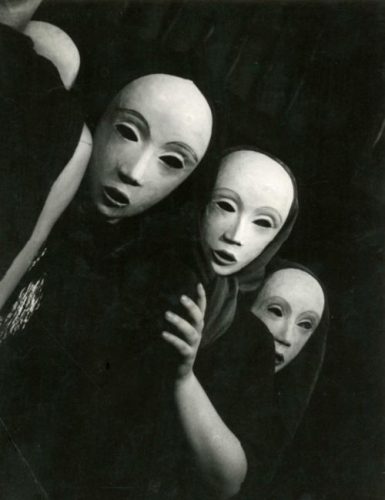 These intense, and even horrifying, storms are never far away at any point on the album. Within them, you can sense submerged strands of fiery melody… and voices. Sometimes you hear spectral voices, or the roaring of monsters, but during the building volcano of sonic force within “Broadcasts From the Phantom District”, there’s what sounds like an urban street scene full of bustling people.

Most of the time, this isn’t pretty. It’s blood-freezing, frightening, preternaturally perilous. Combined with those references to the ’20s and ’30s, it could make for a good modern soundtrack to a remake of Kubrick’s The Shining. There are ghosts galore in this music, many of them deranged and ravenous, others simply lost.

Yet the album is ingeniously imagined, and deeply felt. As cruel and terrorizing as it usually is, there are times when those tendrils of melody, which are usually almost too faint to be heard or have been snuffed out altogether, become sufficiently prominent within the hurricane that you can feel them pulling at your emotions. The music becomes wrenchingly sad, and sometimes the ambience is sweepingly majestic.

These melodic aspects of the music are mainly to be found in the album’s back half, and especially in “Machine Flesh of the City Girl” and the 14-minute closing track, “Into the Metropolitan Abyss, Final Movement”. It’s quite an accomplishment for these elements of emotionally powerful melody to coexist with immense conflagrations of abrasion and distortion. Elsewhere the best you can do is detect patterns of sound within the dense, raging stormfronts; melodies and rhythms have been banished from the premises.

The border between what you hear and what you imagine dissolves. You fall into a nightmarish and hallucinatory vortex in which it’s difficult to tell the difference between the sounds you’re hearing and what your own mind is adding of its own accord, imagining things that aren’t there in the sound waves at all.

The album is a paradox. It’s an unnerving and uncomfortable experience, one that very effectively rouses primal sensations of fear and terror. Yet it also proves to be immersive and mesmerizing, ingeniously layered with shades of darkness and light, with one foot in the past and one in a bone-chilling, cataclysmic future — and with glimpses of beauty and humanity as well.

This album is going to haunt me. I can’t think of anything else I’ve heard this year to which I can compare it. Parts of it continue to rise unbidden in my head at unexpected times; I feel the urge to hear it yet again, but it’s not a casual listen. It shakes me out of any sense of complacency. I could hardly ask for a better way to end this year.

The band wrote these words:

“The driving concept behind La Torture Des Ténèbres is the futility and absurdity of life struggles. The average individual is so caught up in his or her own little world, a world all too often consisting of meaningless, laughable obsessions and vain, self-serving dreams. Modern society attributes importance to so many pointless, inconsequential pursuits and far too many people waste their lives obsessing over them!

“The intent behind our music is to send the listener into a psychological coma in which they will become emotionally detached from their reality and able to look at their life struggles in completely objective sense. In this detached state, it’s easier to realize how most of the things we worry about really don’t matter that much and how we really need to reconsider the values and ideals society is feeding us.

“This album in particular, entitled Civilization Is The Tomb Of Our Noble Gods, is a collection of broadcasts from a retrofuturistic civilization, mirroring the possibilities of our unrealized potential and the regret felt at its loss.”

Civilization Is The Tomb Of Our Noble Gods is being released today, digitally and on cassette tape, by Vomiting Choir Records, a sub-label of Fallen Empire Records. Order here: