Welcome to Part 4 of our continuing list of 2016’s Most Infectious Extreme Metal Songs. To see the first three installments and an explanation of the criteria for making the selections, go here.

None of the three bands in this collection is a household name yet, even in the cramped, squalid households of metal, way out on the outskirts of town, across the railroad tracks and next to the cemetery. But this list isn’t limited to big names, as you probably would have guessed either from past annual installments or from looking at what we write about every week. But who knows? These names may be a lot bigger by this time next year.

Last October we had the pleasure of premiering a full album stream of this Delaware band’s debut full-length, Echoes of Dismemberment. Allow me to quote from my review, which accompanied that premiere (because if I don’t, who will?): 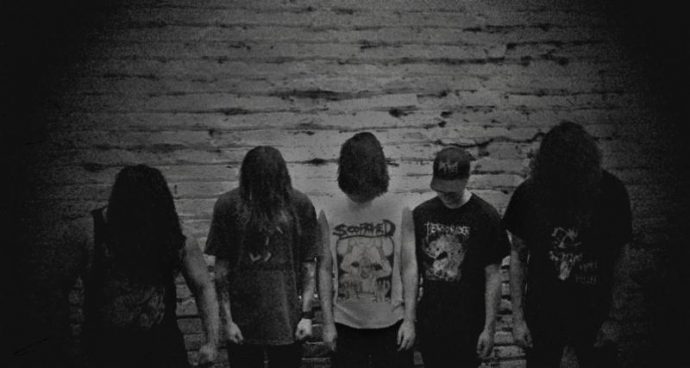 “Scorched construct their scenes of slaughter by deploying massive, distorted, bone-grinding riffs and deranged, whammy-tortured solos, along with bone-cracking drumwork, grisly tremolo leads, and demented, flickering fretboard frenzies, augmented by utterly gruesome gurgles, growls, roars, and skin-splitting howls. And they enhance the supernatural cast of the album by segmenting the songs with interludes and song intros made of menacing keyboard instrumentals and wordless choral voices.

“The songs are also hellishly infectious. In fact, the odds are high that “Rot In Confinement” will wind up on our year-end list of the year’s most infectious songs.“ 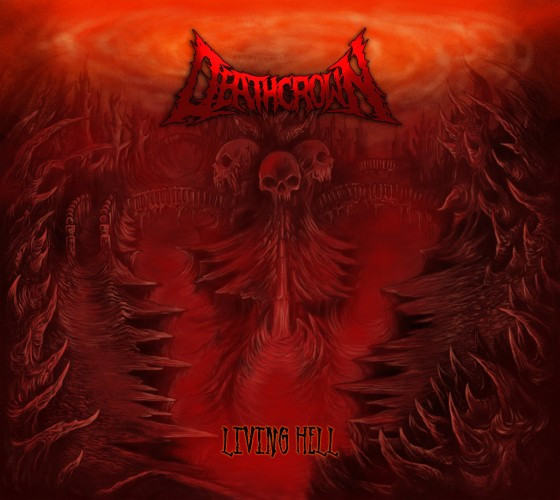 I originally came across the next song last April or May when it popped up on Bandcamp in advance of the June release of the EP that included it. The EP’s very appropriate name is Living Hell, and it’s the debut recording of a Virginia band named Deathcrown, whose line-up includes drummer Ryan Parrish (Iron Reagan, ex-Darkest Hour), guitarists Tommy Gunn (ex-Disinterment, ex-Darkest Hour (live)) and Jake Vanderband, bassist David James, and vocalist Mike Parks (ex-Immortal Avenger, ex-Arsis (live)).

The whole EP is a top-shelf death metal ass-kicker, but that first song I heard is the one I’ve gone back to the most. To repeat what I wrote about the track when I included it in a feature last May: “This is grim, grisly, hard-hitting death metal that boils with blood-lusting energy and is convincingly bestial, but it’s also highly infectious.” 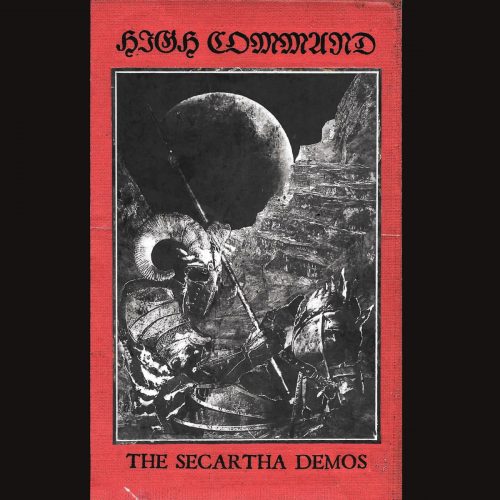 I discovered the debut EP, The Secartha Demos, by High Command from Worcester, Mass., relatively late in the year, just before Thanksgiving. It immediately blew me away. I wasted no time writing about it, and it has been a weekly fix ever since. Once again, please allow me to quote myself (as if you had any choice in the matter):

“[T]he whole EP is made of juicy riffs and body-moving rhythms. It’s a powerhouse dose of crossover thrash that’s thoroughly galvanizing when the pedal is to the metal, and hits hard enough to rupture organs in the mercilessly grim slower sections. I’ll also mention two other high points: The vocals are scraped raw and thoroughly pissed off, and the searing solos come out of nowhere like someone opening the fuel line on an acetylene torch.

“These songs are so damned good that I can’t imagine any true metal addict not slobbering over this EP. If you’re not careful, you’ll get a seriously sore neck hammering your head while it has its way with you. My biggest problem with the EP is how difficult it’s going to be for me to pick one of these songs for our 2016 ‘Most Infectious Song’ list.”

Yes, it was difficult, but I did it. Here’s “Sword of Wisdom”: