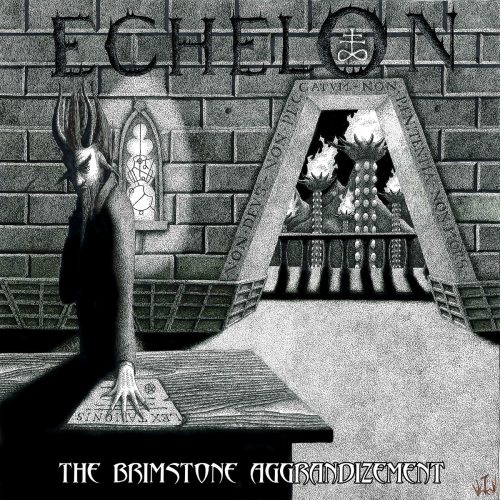 The second album by the super-group Echelon, entitled The Brimstone Aggrandizement, has received its fair share of attention in the many year-end lists we’ve posted this season from sources around the globe. Jonny Pettersson (Wombbath, Ashcloud, Henry Kane, Ursinne) put it in his Top 12. Vonlughlio from the Dominican Republic included it in a Top 50 list with the comment that “Mr. Ingram on vocals is at the top of his game with this performance — the man can do no wrong.” And here, from the chilly environs of Seattle, I’ll soon be adding a track from the album to a list I’ve been dribbling out this month. And now we have another reminder of why this album was one of the best death metal detonations of 2016, as we bring you a video for the track “Lex Talionis“.

I may be bending the usage of the word “premiere” in this post, because the album has been out since last month and the track you’re about to hear has recently been added to the Bandcamp player for the album. And although the video is new, it’s not as elaborate as most videos you may see here. But to be honest, any excuse will do for me to trumpet the attractions of The Brimstone Aggrandizement. If you’ve somehow missed our previous writings about it, feast your eyes upon Echelon’s line-up: 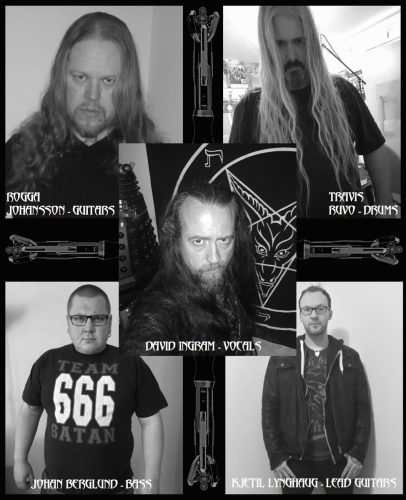 The music is as good as that line-up would lead you to expect. In this track we’re featuring today, Dave Ingram’s voice is again revealed as an instrument of terrible magnificence, while Rogga Johansson’s whirring and hard-punching riffs have an electrifying effect — though the powerhouse energy of the song reaches its true climax in Lynhaug’s fire-breathing solo, only to be followed by a different but equally attention-grabbing solo. No less vital is the bone-cracking punch and propulsive strength of the rhythm, section.

The Brimstone Aggrandizement is available now from Transcending Obscurity Records — digitally, in a limited edition digipak CD, and bundled with a Mark Riddick-designed shirt. Order here:

You can also check out four more tracks from the album via the Bandcamp player installed below.