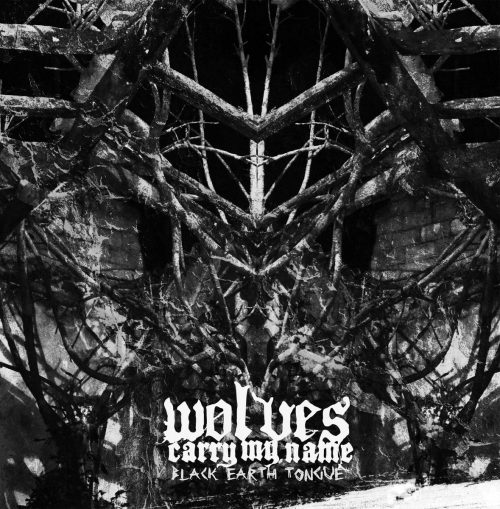 (We present Andy Synn’s review of the latest EP by Germany’s Wolves Carry My Name.)

Honestly, at some point I will start reviewing new albums from 2017. I promise.

In fact I plan to review a certain new album by a certain gang of US Black Metallers this Friday.

But, in the meantime, I’m continuing full-steam-ahead with my attempt to catch-up on some of last year’s most overlooked gems. 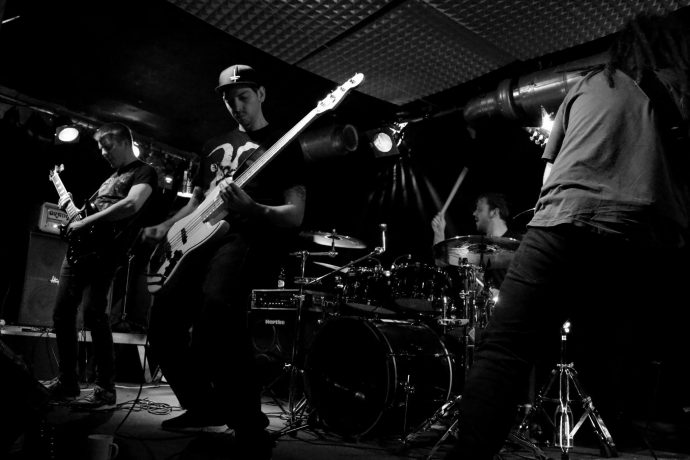 Make no mistake about it, the seven songs on Black Earth Tongue, the second EP by German sludgemeisters Wolves Carry My Name, make for one grim and groovesome listening experience. The guitar sound in particular is absolutely humongous, ensuring that every monstrous, kaiju-sized riff is delivered with every ounce of weight and power the band can muster.

On top of this, the vocals of frontman Konstantin are as vicious as they come, the bass-lines are as thickly coiled with muscle as an anaconda, and the drums possess a pugnacious pugilistic punch to them that leaves your skull shaken, rattled, and rolled after every single track.

“Teeth Black As Coffin Nails”, for example, opens the record with all the strutting, self-assured swagger of a serial-killer stalking his prey, eventually culminating in a bluesy, bourbon-soaked and blood-stained solo, while the hellaciously aggressive “Iron Waves” has more than a bit of the old Iron Monkey flavour to it (which, if you’re unfamiliar with them, is a very good thing).

“Six of Swords” errs towards the doomier end of the spectrum at first, before finally settling into a chunky, mid-paced groove which hammers itself relentlessly into your head over the course of the next three minutes or so, after which the chugtastic “Ghost Limb” kicks things up a gear, every groaning guitar line and pounding drum pattern hitting your ears like the soundtrack to the most perfect bar-room brawl ever.

With “Wormwoods” the band get to show off their (slightly) more melodic chops as, although the tooth-grinding vocals and rumbling riffs remain as heavy as ever, the song as a whole has a subtle, albeit still notable, undercurrent of raw-boned melody bubbling away just beneath the surface, one which eventually breaks through during the solo that dominates the song’s second half.

Both penultimate track “Morast” and climactic instrumental “Tamam Shud” also put a little more emphasis on the band’s more melodic predilections, with the former placing extra emphasis on the smooth, smoky rumble of the bass, which takes centre-stage during the simmering slow-burn of the track’s first half, while the latter goes for a more shamelessly epic, Sabbath-infused vibe, positively loaded with gloriously infectious and ostentatious lead guitar work.

So whether you’re looking for a good time, or a bad time, you’re bound to have a fun time with this EP.

One Response to “WOLVES CARRY MY NAME: “BLACK EARTH TONGUE””