My original plan was to post all 3 parts today, interspersed among other things — and no sooner had I written that than my fucking day job diverted me for hours. I can’t believe they actually expect me to work for my pay. So, in the face of that outrage I’m only able to post Part 2 today, and Part 3 — along with all the other posts I had planned for the balance of today — will get shoved into Thursday, which will make Thursday overstuffed here at our rotund site. I’ll still keep my commentary brief.

The first song in this collection comes from Texas-based Power Trip. It’s called “Executioner’s Tax (Swing of the Axe)”, and it appears on the band’s new album Nightmare Logic, which will be released by Southern Lord on February 24.

According to the band, this song is the catchiest one they’ve ever written — which is saying something. However, I’m not prepared to argue with them, because it really is ridiculously catchy. 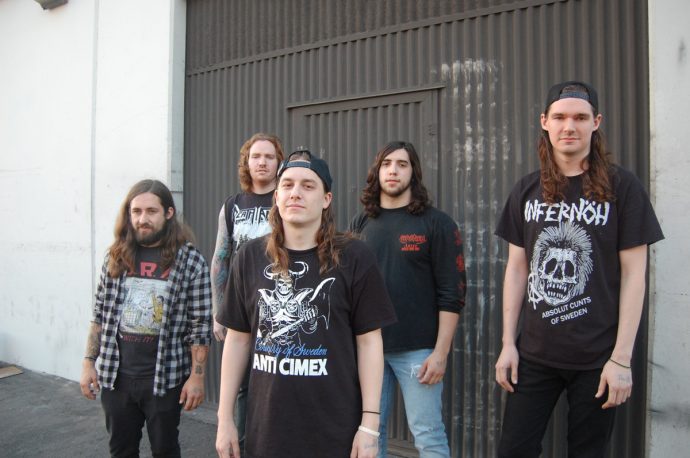 The title of the song has an interesting story behind it, too — as described by lyricist/vocalist Riley Gale:

“[‘Executioner’s Tax (Swing Of The Axe)’ was written in relation to] Christian European countries where it was common for the person sentenced to death to have a chance to repent. If they did, they were given a bag of coins, silver or alike. For if they were particularly vile or the executioner felt lazy, it may take more than one swing of that axe to get that person’s head off and that kind of death is certainly one you’d want to be as painless as possible. Hence, the Executioner’s Tax to ensure a strong, lights-out kind of death.

“It’s more subtly an allegory about that being the motive for a lot of people these days and how the people that feed and heal us (The Executioner and The Priest). They love to get us addicted, fat, sick – so they can feed us, medicate us and nearly quite literally kill many of us. We pay for pleasure of making it taste good or being numb to it all. We are all slowly paying our way out and our lives are built around the Executioner’s Tax – hopefully going out quick and easy. We subconsciously crave for our end, a spoiled one.” 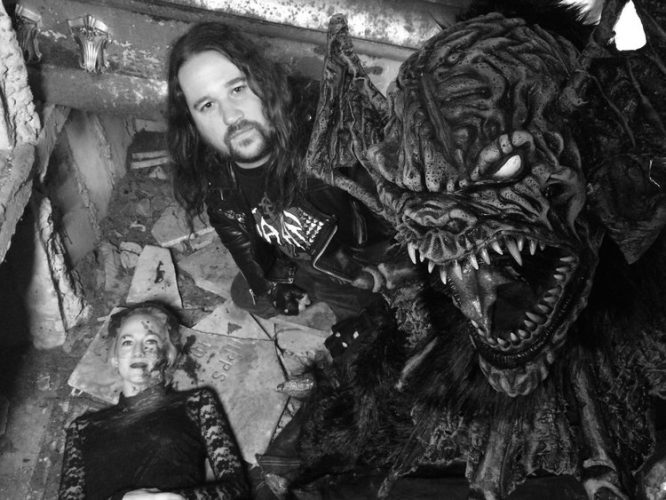 Next I have a new video for a track called “Beware of the Bat” (originally titled “Bat”) from the 2016 debut album Wings of Chains by the Virginia band BAT, whose line-up includes Municipal Waste’s Ryan Waste (bass/vocals) and Nick Poulos (guitars), as well as drummer Felix Griffin (ex-D.R.I.).

BAT sound and look right at home in black & white video, shredding in the middle of some remote and foggy Appalachian cemetery. 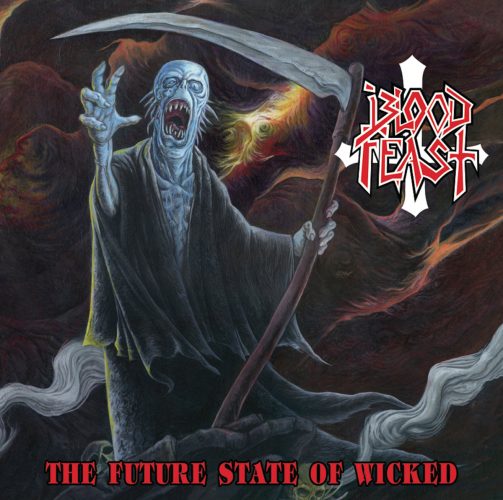 Moving right along, here’s a song named “INRI” from The Future State Of Wicked. That’s the name of the new album by the venerable Blood Feast, which Hells Headbangers plans to release on April 14, 2017. And for those of you who may be unaware, yes, Blood Feast is back with new material — after the passage of nearly 30 years since their last album, 1989’s Chopping Block Blues.

And to conclude Part 2 of this round-up, I’m turning to another band whose roots go back into the distant past (no pun intended). This is a video for a track called “Black Iris” off the 10th studio album by the Czech band Root. The album, entitled Kärgeräs – Return From Oblivion, is a concept album released by Agonia Records last November. The video was filmed by František Verbík Productions at Melodka Club in Root’s hometown of Brno.

Root’s satanist frontman, Jiri “Big Boss” Valter, has been at this game for a very long time, and with that perspective he gave this statement about the latest album:

“As always in our history as a band, we aim to deliver a unique album, something that will stand out and shine its own light in our discography. Expect dark metal at its best, along with some surprising elements. We’ve recorded one fully acoustic song and one entirely instrumental. Overall, the album will include ten new tracks that will differ from our previous records”.