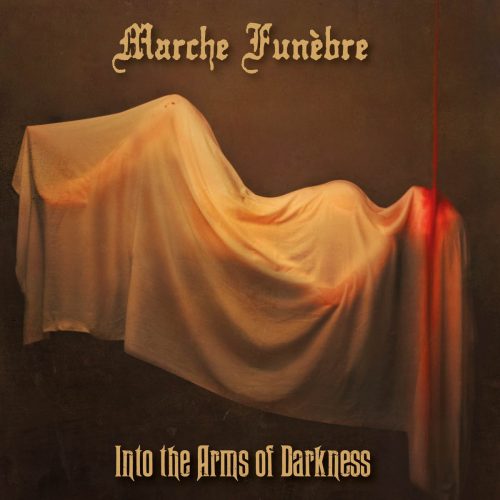 (Today we present the premiere of a video and song from the Belgian band Marche Funebre, and Grant Skelton provides the following introduction.)

No Clean Singing is proud to present an exclusive premiere of a video for the album’s first advance track, entitled “Lullaby Of Insanity.” 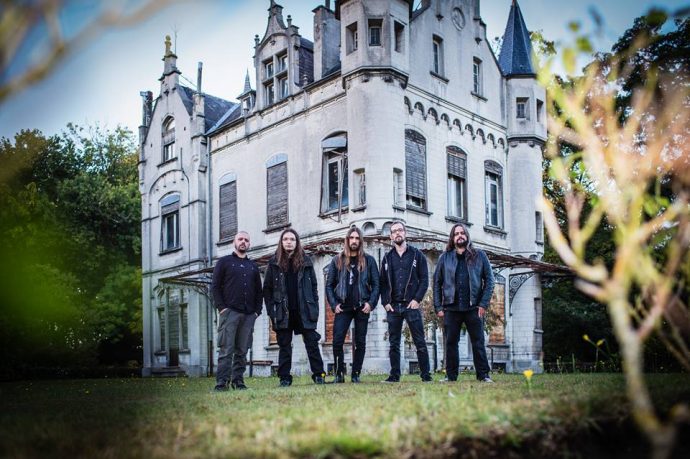 The video features the band performing in a lamentable, decrepit mansion. Given the dour sentimentality expressed in the song, the setting seems to be a kind of purgatory. An infinite surreality steeped in gray, in which the band members manifest as wights of spectral origin.

As for the song itself, “Lullaby Of Insanity” has a more melodic bent than much death/doom I’ve heard. Sinister leads from guitarist Peter Egberghs, combined with the poignant cleans by vocalist Arne Vandenhoeck, harmonize the tangible anguish buried within the track.

“Lullaby Of Insanity” is a nighttime nocturne that’s certain to lull you into a dreadful, doomed slumber. Should you die before you wake (and you likely will), this will be the last sound you hear. Also, look for an additional (admittedly very unsettling) nod to Chopin at the end of the video!

Tracklist:
1. Deprived (Into Darkness)
2. Capital of Rain
3. Uneven
4. Lullaby of Insanity
5. The Garden Of All Things Wild

Get Into The Arms Of Darkness on Bandcamp:
https://marchefunebre.bandcamp.com/album/into-the-arms-of-darkness