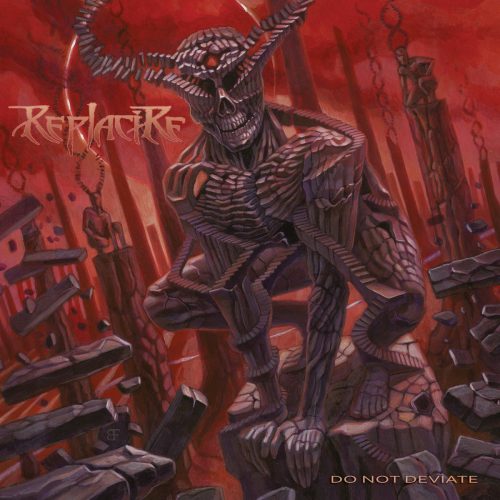 (Andy Synn reviews the new album by Boston-based Replacire, which will be released by Season of Mist on March 17, 2017.)

How do you like your Death Metal? Old-School? New School? Proudly Uneducated?

How about Prog, how do you feel about that? Positive? Negative? Oddly ambivalent?

How about a band which mixes the pummelling intensity of Dying Fetus with the proggy eccentricity of Leprous, along with shades of both Yattering and The Faceless? 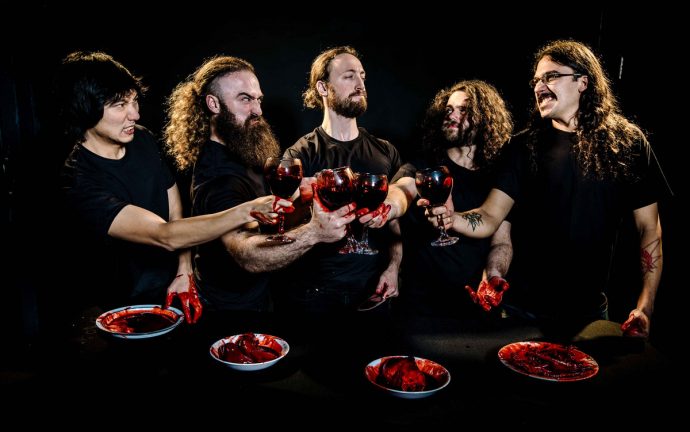 If you’re one of the select few who jumped on the Replacire train with their underappreciated 2012 debut, The Human Burden, then you’ll probably know a little better than most what to expect here – namely a plethora of humongous, technical riffs, slamming, slithering drums, noodling, prog-inflected lead melodies, and vicious, guttural vocals which occasionally transform into a soulful, enigmatic croon when you least expect it.

What you probably won’t be expecting is just how easily Do Not Deviate blows its predecessor almost clean out of the water.

Mostly of course this is down to the strength of the band’s song-writing. On the one hand, the interplay between the group’s Death Metal side and their more esoteric, progressive inclinations just seems far more balanced and natural this time around (the dynamic “Spider Song” being a perfect example), while on the other, even though they’re all clearly incredible musicians, capable of some truly impressive feats of speed, technicality, and inhuman tightness, Replacire never seem to give in to self-indulgence. Every riff, every vocal, every dissonant, deathly hook, exists for a reason, sharpened to perfection and perfectly placed for maximum impact.

And they have to be too, because there’s not much room to spare on this album, which clocks in at a lean, mean, thirty-eight (and a half) minutes. In fact, other than the pleasant but rather pointless piano-based interlude of “Reprise”, there’s nary a moment of wasted space or misspent energy on any of these eleven tracks, with Alper and co. keeping things short, sharp, and brutally concise, almost to a fault.

As a result, the longest song on the album, the adrenaline-pumping, atmosphere-drenched “Cold Repeater”, is the only one to break the five-minute mark, while both the opening pairing of “Horsestance” and “Act, Re-enact” – the former a warped concoction of dissonant hooks and warped, proggy melodies, the latter a churning, chugging, fretmelting crusher – clock in at less than three.

As a matter of fact, the average song length overall hovers around 03:40 or thereabouts, and yet somehow every single track feels absolutely stuffed to the gills – yet never over-stuffed – with a twisted tangle of ear-punishing riffs, barbed hooks, and complex, progressive twists. Quite how the Boston-based bruisers manage to pack so much into such a short space of time is something of a mystery.

But, mystery or not, there’s no arguing with the neck-snapping riffs and doom-laden undercurrent of “Any Promise”, or the churning, chugging intensity or the dizzying fretwork of the whiplash-inducing “Moonbred Chains”, not to mention the hypnotic, hybrid heaviness of Prog-Death monstrosities like “Built Upon the Grave of He Who Bends” and “Do Not Deviate”, both of which provide a prime opportunity for vocalist Evan Anderson Berry to unleash not only his formidable growl but to also showcase his expressive clean voice, reminiscent at times of both the eccentric, extravagant tones of Einar Solberg (Leprous) as well as the underrated melodic delivery of Chimaira’s Mark Hunter.

One Response to “REPLACIRE: “DO NOT DEVIATE””