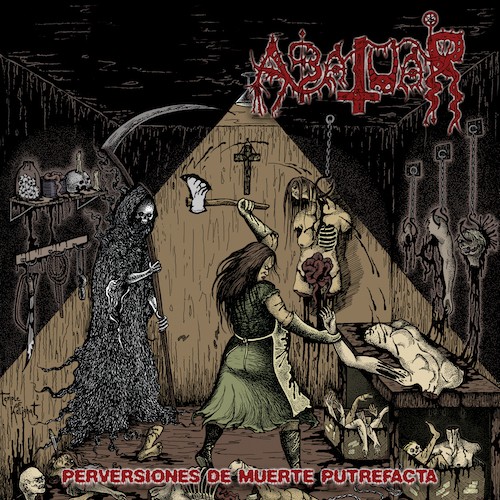 We really do our best at this site to pay attention to metal bands from all over the world, but I do believe that this is the first time we’ve written about one from Panama. The band’s name is Abatuar, and it’s the solo project of a demon in human form who calls himself Cadaver. Abatuar’s debut album is Perversiones De Muerte Putrefacta, and it will be released by Dunkelheit Produktionen on April 17. We have the pleasure of defiling your ears and cracking your skull with a track from the album named “Ordalías de Hierro Fundido“.

Although this is Abatuar’s debut album, Dunkelheit previously released a CD in 2015 that compiled the band’s first two demos, Vejación de la Bestia and Fosa Común. On this new full-length, Abatuar rampages through a dozen tracks in 31 minutes, delivering a mix of flesh-eating ferocity and head-hammering physicality that’s best summed up as blackgrind. 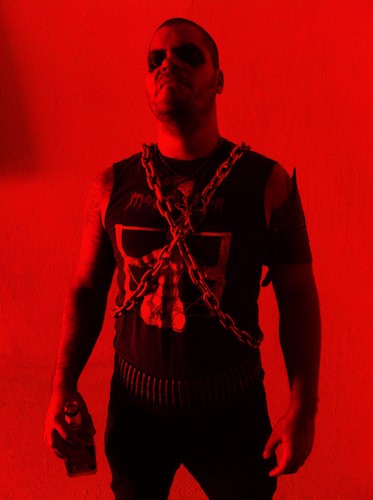 Cadaver’s bestial howling and the deep, pestilential grinding of his guitar put the raw, blackened savagery into this song, but it’s very much a grindcore track as well, one that romps with feral punk-fueled rhythms (introduced by a very cool bit of snare-drum galloping), and there are also bursts of hammering groove in the track (the opening bass-and-drum rhythm gets its hook in damned fast).

In other words, Abatuar packs a lot into this fairly short track. Make no mistake, it’s all violent, but you get an effective dose of battering and bludgeoning to go along with the filth and the fury.

Pre-order info for the album can be found HERE, and to give you a further taste of what’s in store, we’ve included a previously released track (“Los Efectos de la Gangrena y Putrefacción“) along with our premiere of “Ordalías de Hierro Fundido“.