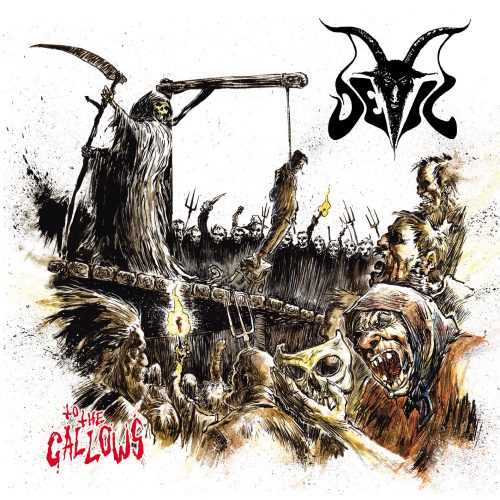 We have an exception to the porous rule in our site’s title — sort of. The song we’re bringing you is a piece of moonshine-swilling devil rock by the Norwegian band Devil. “Cemetery Still” comes from the band’s third album, To the Gallows, which will be released by Soulseller Records on April 21.

The production quality of this new album may not be as rough as the band’s first demo, and the influence of classic heavy metal may be eclipsing doom to a greater extent than on the band’s first two albums, but as “Cemetery Still” proves, Devil are still a sure-handed source of highly addictive riffs — and sinful vocals. 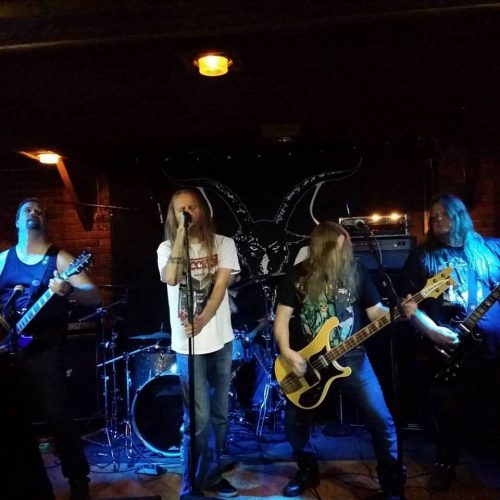 Devil have commented about To the Gallows as follows:

“Bands always say that their newest effort is their greatest. We say fuck that. This is a heavy rock album, and it’s up to the listener to decide how good it is. We’re darned proud of it, though, and think it sums up the first era of Devil pretty good, with maybe our most heavy metal parts so far, but still building around The Riff, the main ingredient in any heavy metal song writing.

“We like to think we’ve come a long way these years, and are happy to end our first trilogy with this album. We’re more of a band than ever, and joint efforts have made further improvements to the band. We’d say this is an album still for fans of Black Sabbath, Pentagram, Witchfinder General, etc, but also touching into the 1981 NWOBHM quite a bit, especially on the title track.”

The call-and-response between the ringing guitar notes and the pulse of the bass that opens “Cemetery Still” sets the stage for the song in suitably creepy fashion, and that air of eerie fascination persists even when the band start to rock out. The long chords and the drum tumble that form a bridge in the middle of this highly infectious song tell you something more is coming, and what comes is a supremely headbangable segment. Whatever these dudes were home-brewing in that graveyard when they wrote the song, I want some.

And now, to return to the subject of the vocals. Joakim Trangsrud has a really good voice, capable of soaring into the rafters in the chorus, but it’s not entirely clean. There’s a raw, abraded edge in his expressions that’s damned nasty, just like all the killer riffs in the song.

To The Gallows was produced in cooperation with Stein Roger Sund at Black Dimension Studios. The cover art was created by the wonderful Norwegian artist Kim Holm. To pre-order the album, visit this place:

Below, we’ve also got Devil‘s video for the new album’s title track as well as our own premiere. To read an interview of Devil guitarist Stian Fossum by our very own Comrade Aleks over at Outlaws of the Sun, go HERE.

One Response to “AN NCS PREMIERE: DEVIL — “CEMETERY STILL””