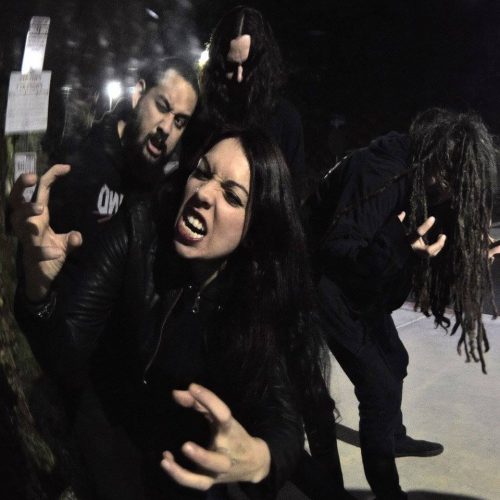 (March nears its last gasps, and Andy Synn slips in under the expiration wire with the 83rd edition of THE SYNN REPORT. The spotlight this month falls on the discography of California’s Dreaming Dead, which includes their just-released third album.)

There are some bands who just never get their due. And, in my humble opinion, Californian quartet Dreaming Dead are one of them, as their proficiency in the metallic arts is absolutely second to none, and yet their status as underground underdogs has led them to fly under most people’s radar.

Often tagged, erroneously, as “Melodeath”, it would be more accurate to characterize the band as a furious hybrid of Death and Thrash Metal, with a penchant for brash, technically demanding riffage and a knack for incorporating multiple threads of moody melody without lessening the heaviness or impact of their sound one iota.

Formed in 2006 on the mean streets of LA (note: said streets may not have been as mean as portrayed on TV), the band have undergone a few line-up changes in the intervening years since then, although the core duo of Elizabeth Schall (also of NCS-beloved grindsters Cretin) on vocals/guitar and Mike Caffell on drums has remained constant throughout.

The band having just released their third album, Funeral Twilight, last month, now seemed like the perfect time to wax lyrical about them, and hopefully introduce some new listeners to their signature brand of audio extremity. 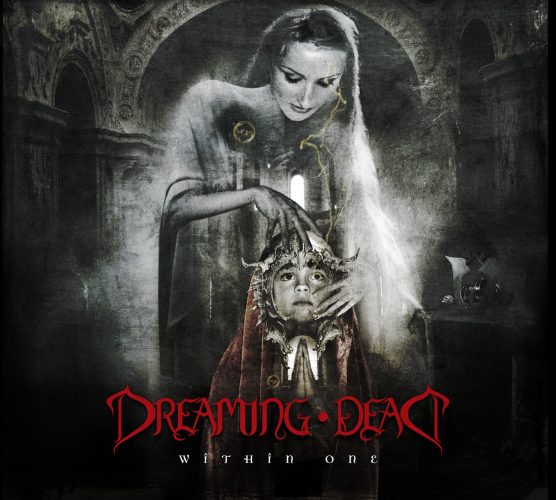 Within One wastes absolutely no time getting straight down to business, kicking off with the thrashed-up guitar work and spitfire blastage of “Stars Into The Vortex”, with Schall delivering not only some suitably vicious vocals, but also a plethora of savagely serrated riffs, over Caffell’s strafing, grooving, galloping drums.

The title-track ups the ante, pushing the tempo up and bringing in a heavier Death Metal influence, while simultaneously adding an extra dose of poisoned melody to the proceedings. Twisting and contorting its way through a series of complex twists and neck-breaking turns, it eventually gives way to the more melodic and, dare I say it, progressive, sound of “Putrid Is The Sky”, which offers the listener seven minutes of moody, mid-paced riffs, soaring leads, grim, cathartic vocals, and unexpected eruptions of blistering blastbeats.

Chunky riffs and headbanging hooks are the name of the game when it comes to the melody-tinged, Death/Thrash gallop of “Shadows In The Dark”, whose brooding, atmospheric mid-section adds yet another string to the band’s already impressive bow, after which the electrified tremolo melodies and frantic pace (plus some absolutely majestic lead guitar work) of “Cursed” find the band (at this point still just a two-piece) riding high on their own adrenaline.

Squalling air-raid sirens signal the start of “War Machine”, which finds the duo diving deep into the Death Metal side of their sound, Caffell unleashing a punishing battery of pounding kick drums in support of Schall’s brutish, chugging riff work, and this continues on into the edgier (and, arguably, even more extreme) “Perpetual Pretext”, which intertwines scything tremolo runs, twisted, technical riffery, and some creatively complex drum work, to great effect.

Concluding with the near-eight-minute monster that is “Manslaughter” — which builds from a lengthy, chillingly melodic intro into one vicious piece of metallic menace, attacking the eardrums at a feverish, frenzied pace with an array of slashing, switchblade riffs and harsh, scathing vocals – Within One is one impressively intense statement of intent from Schall and Caffell, and one which would go on to serve as the blueprint to their signature sound going forwards. 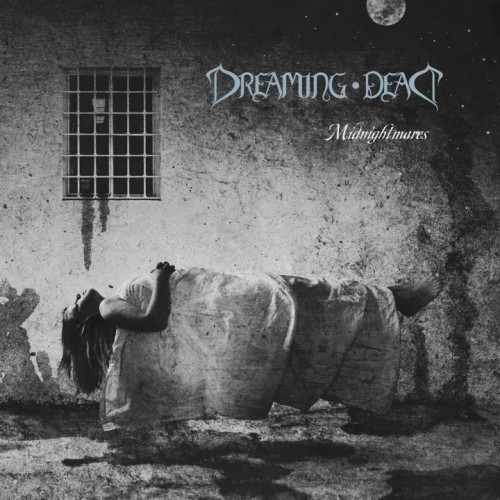 Following the gloomy introductory instrumental of “Wake”, album number 2 finds Schall and Caffell (accompanied here by bassist/vocalist Juan Ramirez) sharpening their skills and raising the bar in terms of both technicality and intensity, something which is immediately noticeable on the rapid-fire, Arsis-esque “Overlord”, which twists and spits like a viper in your grasp for just under five furious minutes of razor-sharp hooks and shamelessly rifftastic goodness.

This scorched-earth, take-no-prisoners approach carries over into the absolutely ravenous title-track, with Caffell blasting up an absolute storm beneath Schall’s viscerally infectious array of spiteful riffs and searing/soaring leads, while Ramirez weaves in some elegant melodic counterpoints on the low-end scale.

“Exile” continues this trend of being heavier than the album’s debut, albeit in a groovier, more heavily Death Metal influenced style, with the track’s rumbling kicks and barbed riffage strongly recalling both latter-day Carcass and mid-2000 era Vader in style and savagery, after which the six-and-a-half-minute instrumental “In Memoriam” allows Schall, Caffell, and Ramirez an opportunity to ease off the gas a little, and provides them each with extra room to explore some more progressive, intricate arrangements on their respective instruments.

Soon enough, however, the metamorphic mix of doom-laden melody, rampaging drums, and precision-targeted riffage which makes up “Lapse” returns things to a more aggressive, more antagonistic slant, while also reminding you just how good Schall is, both as a vocalist and as a guitarist, following which “Into the Depths” goes straight for your throat with its writhing, razor-sharp guitars and punchy, pummelling drum work — though both Schall and Ramirez are careful to weave in a striking amount of deviously dark melody along the way, the bass and guitars playing off and against one another like a well-oiled machine throughout.

Penultimate track “Corpse Mountain” certainly lives up to its eye-catching title, assaulting the listener’s eardrums with a heaving, hook-heavy blast of tech-tinged, prog-infused Death/Thrash intensity, with the band pulling out all the stops to deliver one of their most impressive slabs of spectacular sonic savagery yet, before the brooding instrumental strains of “Departure” bring the album to a suitably majestic close. 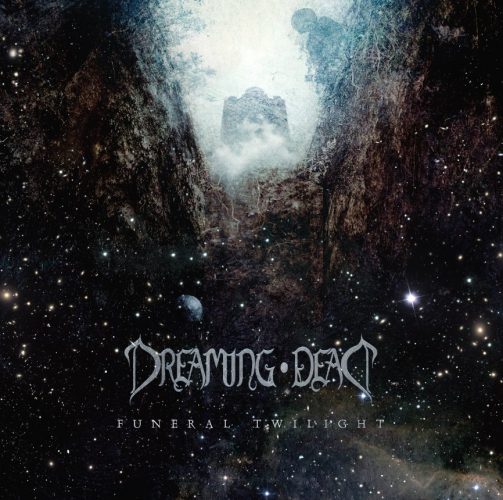 Whether as a consequence, or simply by coincidence, Funeral Twilight finds Dreaming Dead expanding their sound in an even heavier direction, while also expanding their line-up to a full four-piece.

“Your Grave” immediately puts the pedal to the (Death) metal, Caffell’s accelerated blast/thrash beats whipping the diabolical guitar work of Elizabeth Schall and Chris Murphy into an absolute frenzy of ripping riffs and fret-melting leads, while bassist Will Toledo locks down the low-end with a powerful and precise performance of his own.

The Death-Thrash attack of the title-track keeps the intensity levels high, mixing in some scalding dissonance as well as some soaring melody as it does so, particularly in the interplay between spellbinding solo work and seething, melodic tremolo runs which crowns the track’s mid-section, while things get even darker for “No Masters”, which blasts and bludgeons away at the listener for a little over three madcap minutes, barely pausing for breath as it whips past at a truly breakneck pace.

Following the doomy interlude of “Remnants of a Time Long Forgotten” the quartet show off their pseudo-Tech Death chops with the contorted, angular fretwork and machinegun grooves of “Widowed”, which also sees the rhythm section of Caffell and Toledo playing up an absolute storm beneath the twin-headed tumult of writhing riffs provided by Schall and Murphy, before the hyper-thrash onslaught of “Buried” rampages into view, pissing lightning and spitting fire in all directions.

“Beyond the Black Moon” is an ultra-intense, Black Metal influenced number that showcases a slightly different facet of the band, albeit one which maintains their obvious love of pounding Death Metal heaviness and full-force Thrash as well, matching Schall’s still Schuldiner-esque snarl to a backdrop of bristling, barbed tremolo runs and churning, chugtastic riffs, all delivered at a truly frenetic, fanatical pace.

Everything concludes with the surprisingly morose sounds of “Unseeing”, all gloomy, pensive melody and humongous, doomy riffs, capping off the band’s third (and, interestingly enough, shortest) album in unexpectedly introspective fashion while also proving that the quartet of Schall, Caffell, Murphy, and Toledo are capable of delivering much more than just warp-speed sonic savagery…

…though that’s definitely what they’re best at, even if not enough people appreciate them for it!