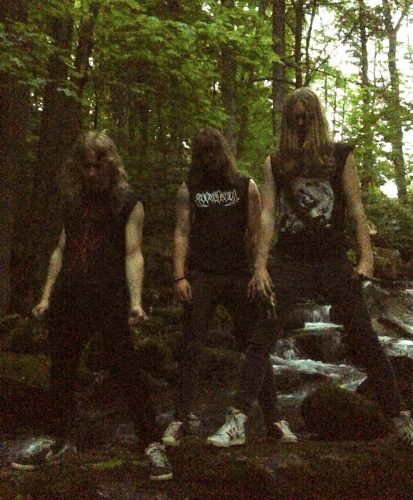 Fast forward four years and Condor is back with a great new LP, entitled Unstoppable Power. The successor of 2014’s split with Töxic Death, Victims of Burning Death, feels like the guys left the darker influences aside and chose to go with a full old-skull German-influenced thrash metal sound instead, which is – obviously – awesome news. Following, guitarist Magnus ‘Magressor’ Garathun tells NCS how unstoppable is the new menace that dwells in the skies.

It’s been four years since Condor’s first album was released. What happened?

First of all, it took quite some time before we started writing new material after recording the first record. Our drummer at the time, Herman, quit just after the album was released, and since we all had projects on the side, Condor was put on hold for a while. I think we made the first new song over a year after the recording of Condor. Then we spent about two years writing songs, and finally recorded the album in February 2016. The mixing process took a long time too, because I moved to Australia the week after we finished recording, so everything had to be rendered and sent to me every time a new mix was finished.

How was the songwriting process for Unstoppable Power?

The same as always really. We wrote riffs and lyrics at home, and then we mixed them up and put them together at rehearsals. I wrote most of the lyrics, while the music is split about 60/40 between Chris and me. We went back and forth a lot more on this album than with previous releases, we trashed a lot of tracks and used the riffs for other songs instead, which I think resulted in a better outcome. 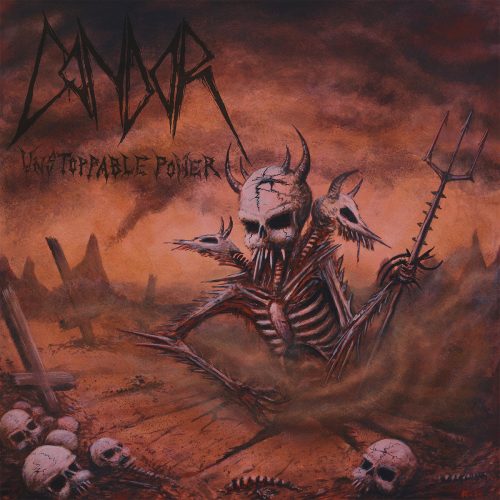 What were the main influences while working on this new material?

Destruction, Evil Blood from Croatia, Kreator, Razor, old Sepultura, Sodom, Sarcofago, plus a bunch of other old bands. I would definitely say that Destruction was our biggest influence though.

I feel this new material is more thrash than black. Do you agree?

I absolutely agree. I think we all felt it natural to pursue a more thrash-oriented sound this time. The influences mentioned above definitely had a big impact on making this record more thrash than black. The music we make is very influenced by the music we listened to while writing it, so it makes sense that it’s purer thrash this time.

How did Rok from Sadistik Exekution end up making the album cover for the album?

My old house mate, Mike, and I were talking about how killer all the cover art for SadEx is, and I think he was the one who mentioned that I should try and get ROK to do our cover art too. I knew that an Australian friend of mine had been in contact with him, so I simply asked for his contact details. I sent him an e-mail, and a few months later we had both the front and the back for the album ready.

How have you seen the band’s sound change from the debut album up until this point?

I feel like the sound we have now is more the sound we would stick with if the band were to continue. As you mentioned earlier, a lot of the black metal has been left out of the sound, which is a result of us getting older and broadening our horizons for both heavy and non-heavy music I think. I was 14 or 15 when we started out, so I hadn’t heard too many underground bands yet, and at the time my favorite band was Aura Noir, so we naturally tried to sound like them. I think we all got a bit bored of staying in the same track, so it was about time to change the sound a little.

So it is true you are living in Australia? How do you think this will affect the band’s future?

That’s right. The fact that I moved hasn’t really had that big of an impact though. I don’t think we would have been really active even if I had stayed. We all have other things going on, and other bands to focus on. At the moment, there is no future for Condor. As some people might have noticed, we wrote on our Facebook page that the gigs we did in February would probably be our last, and I think that Unstoppable Power will also be our last recording. This is more due to music taste and focus changing, than to me moving away really.

How do you see the current thrash metal scene, and do you expect that we have really seen the last of Condor for the following years?

I think the scene is very good. There are a lot of good (new) bands out there, and I think that some of them are even better than most from the ’80s, for example Antichrist from Sweden and the mighty Deathhammer from Norway.

As I mentioned, except for the record being released, there won’t be much else coming from us in the following years. Who knows, maybe we’ll change our mind at some point, but that will be in quite a while, if at all.