This is a holy day for billions of people, a day of fasting and penitence. Here, it’s just another day of discovery. Well, perhaps not just another day, perhaps a day where feelings of resistance, and worship of a different kind, feel more demanding. Anyway, collected here are some new discoveries.

I’m confident that all dedicated fans of metal have favorite labels, whose tastes have proven to connect with our own. My personal list of favorite labels is a long one, due to the wide-ranging nature of my own tastes. But after all this time, I made a new discovery yesterday that struck a chord, a label and distro from Sao Paulo, Brazil, named Hammer of Damnation, whose roots go back more than 20 years under the original name Pure Evil Productions. I don’t know why it took so long for me to make this discovery.

As revealed by its Bandcamp page (here), this label has a very long list of releases associated with its name, but I can tell already that its owner’s tastes intersect strongly with some of my own — and I hope yours as well.

And so the following four songs are from bands whose music will be released by Hammer of Damnation in the near future, or were released quite recently. The sounds are not all the same by any means, but it’s all very, very good stuff. 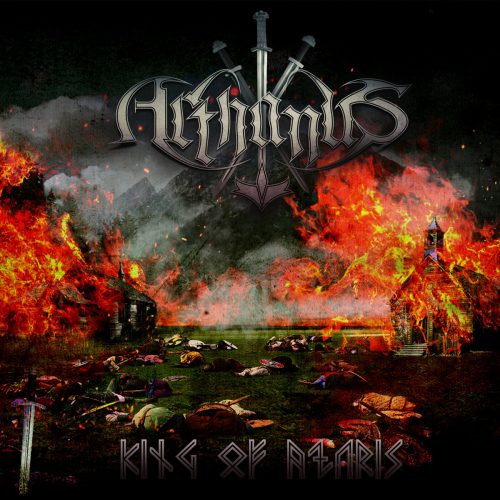 To begin this black Friday playlist I present a track from a new album named King of Azuris by the Brazilian band Arthanus. Like all the bands featured in this post, Arthanus are a new name to me; before this album, they released an EP entitled Asgard Palace in 2013. According to Metal-Archives, they share a member (guitarist Saulo Peghin) with the final band in this collection (Evil).

You may have guessed by now that Arthanus have chosen Viking lore and Norse mythology for their lyrical themes. That’s certainly evident in the song you’re about to hear, the name of which is “Fenrir, the giant wolf”.

The song is a heavy, lumbering death metal beast anchored by a jabbing/swarming verse riff and augmented by deep, throaty growls and bellows, and laced with bursts of swarming guitar violence. The sinuous, dismal melody that surfaces in the song gets its hooks in, too.

There’s something primal and mythic about the song, and it’s also very damned infectious. 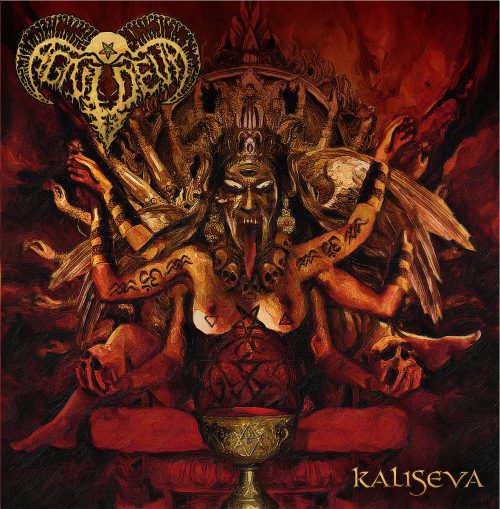 The next song, “Agnideva“, comes from Kaliseva, an album set for release on April 30 by a Brazilian band also named Agnideva. From the Sanskrit root of the band’s name (“Agni” means “fire”) to the album’s title, to the fierce visage of Kali on the album cover, you have clues to the distinctive nature of Agniveda‘s brand of black metal.

“Agniveda” blends elements of death metal and black metal and it incorporates exotic Hindu musical elements right from the beginning, in the sound of traditional instruments and a wailing chant. The serpentine melody hinted at in the introduction evolves and becomes the highly addictive heart of the song, pursuing its sinister course through the clobbering heaviness of the rhythm section and the cavernous, bestial growls and savage howls of the vocalist. 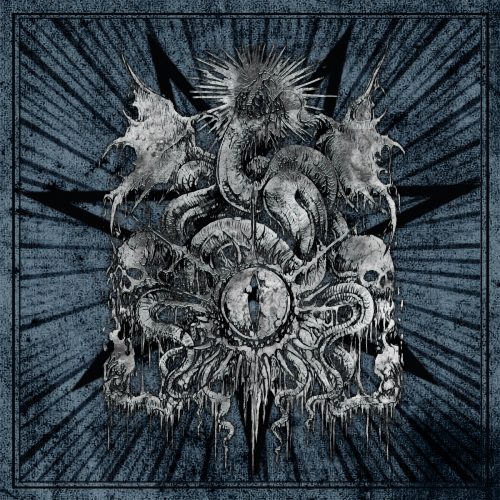 To conclude this collection of discoveries I have a recently released two-song EP entitled Rites of Cleansing. The band in this instance is Evil, and their 1995 debut demo All Evil was Hammer of Damnation’s first release (under the label’s original name). Evil‘s discography is lengthy and includes four albums and a multitude of EPs, splits, and compilations.

Of the two songs on the EP, one is an original composition recorded during the sessions that produced Evil‘s most recent album, Ashes of Old (2015), and the second is a cover of “Masakra wrogów pogańskich bogów” by the short-lived but influential Polish band Mysteries off their 1994 demo.

The original song, “The Cleansing of Earth” begins with an ominous introduction and then explodes in a surge of thundering percussion and deep, dire, whirring riffs. As heavy and harrowing as the music is, the vocals are high and boiling with skin-splitting intensity. The rhythms and pacing of the song change as it moves, as do the vocals, but it remains dark as night and as grim as untreatable cancer.

The cover song has an “organic”, garage-recording sound to it as it rips and swings and rocks. The riffs are undeniably killer and the vocals lethally ferocious (and later tortured in their anguish)… and in the middle it transforms into something stately, depressive, heavy, and hypnotic.

One Response to “DARK DISCOVERIES FROM HAMMER OF DAMNATION: ARTHANUS, AGNIDEVA, EVIL”