Salutations, and welcome to another edition of SHADES OF BLACK. As usual, I have a lot of new music I want to recommend that’s mainly in a blackened vein, perhaps more than usual this time. Below you’ll find brief reviews and streams of three complete albums of significant length, along with individual songs from three other recent or forthcoming releases. No two of these bands sound alike, each of them revealing their own distinctive character.

In March of last year, Daemon Worship Productions launched a YouTube video which said nothing more than “Bestia Arcana. Holókauston is coming.” After doing further research I was unable to find more details but reported the event anyway, while commenting that the excerpts of music in the video “sound like the gates of Hell have been forced open, expelling great heaving waves of dark, terrifying, unearthly sound… some of it the sound of arcane ritual, some of it the sound of civilization being put to the torch”.

The album’s release has been long delayed due to issues with Daemon Worship, but now Dark Descent has taken over responsibility for the release (and is working with Bestia Arcana on the follow-up to Holókauston). Just days ago, with no advance warning that I know of, a digital version of Holókauston was released through Bandcamp. A CD edition is also now available for order, and it seems that a vinyl edition will be released later this year.

The members of Bestia Arcana are an impressive group, led by Naas Alcameth of Akhlys and Nightbringer and also including K. (formerly of Nightbringer), and drummer Menthor (Nightbringer, Enthroned, Lvcifyre, etc.).

Naas Alcameth has described Bestia Arcana as: “Heretical black opera forged in adverse esoteric and eschatological tradition. A marriage of cacophonous pandaimonic black metal and amorphic ritualistic death ambient. The gnosis of the Old Enemy espoused within the clamor of Apocalyptic Revelation.” I quote that here, because it accurately captures the experiences of Holókauston.

The album deserves more discussion that I’m about to give it, but because the album stream is now available, I’ll truncate my own reactions, distilling them to these thoughts:

Holókauston is one of the most powerful albums I’ve heard this year, and its power works on multiple levels. In terms of pure auditory sensation, it’s mountainously heavy and imposing, with towering, sweeping keyboard elements, staggeringly forceful percussion, and bone-cutting riffs. When operating at full strength and full speed, with Menthor blasting and booming like thunder and NA‘s voice boiling over with conviction and bestial ferocity, it’s enough to take your breath away.

In addition to the music’s sheer explosiveness, it creates a blood-chilling atmosphere of immense and fearsome grandeur, a vision of apocalypse in which vast and inhuman forces war with each other in a final conflict. The earth shakes and splits open and the skies burn, or so it seems.

Even when the furious pace relents and the cacophonous hurricane of sound subsides, as it does in the third track, “Howling”, the music is no less terrifying and no less suggestive of epic events unfolding on a cosmic scale. The deep grinding riffs, the isolated drum detonations and ritualistic rhythms, the dire symphonic overlays, the dismal ambient sounds, and the wild cries and occult incantations all combine to convey sensations of unbearable doom and eternal desolation.

Set aside 45 minutes and listen to this in one sitting to feel the album’s full impact, because it does feel like a grand infernal symphony in four movements — and don’t bother trying to do anything else while you listen. (The great cover art was created by David S. Herrerías.) 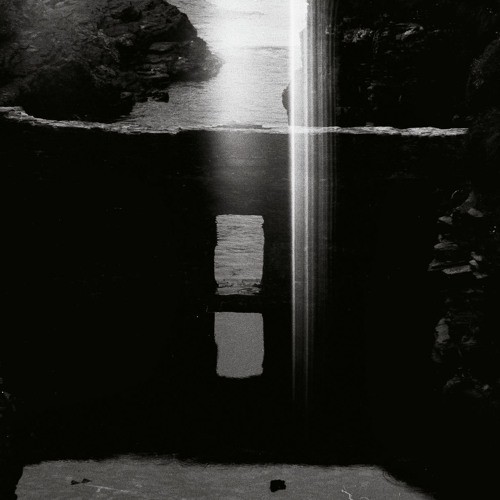 Vulpus make their home in Porto, Portugal. Their debut album Certitude will be released on June 25 by Pest Productions; it’s described by the band as a work that “revolves around the concept of the Absurd as envisioned by Albert Camus, existentialism and urban displacement”. There is an earlier self-titled EP from Vulpus, which I haven’t heard, but I’m very interested in listening to Certitude based on the single released last week, the name of which is “Like Troxler’s Fading“.

According to the band, the song “refers to the fading and eventual disappearing of the surroundings after prolonged fixation on a particular point”.

The thundering, double-bass-driven surges in the song are bone-rattling, the deep riffs are ominous, and the shimmering guitars create an eerie atmosphere. When the vocals turn from savage snarls to lung-bursting cries, the song’s melody bursts into vibrant life… which makes the more somber and subdued passage that follows it all the more affecting. The pulse-pounding drum fills in that less assaulting part of the song are well-crafted, and the bleak yet explosive finale leaves me wanting more.

This is a heavy, dark combination of black metal and post-metal that’s emotionally evocative, and a tantalizing glimpse of Certitude. 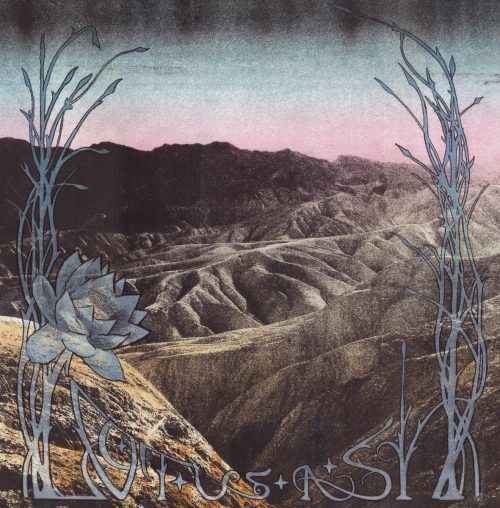 When I first began listening to this next album, the first thought that occurred to me was, “Sludge for Sauron!” I’ll explain what I mean momentarily.

The album (just released on Friday) is The Evening Redness, and it’s the second full-length by a quartet from Milwaukee, Wisconsin, named Lotus Ash. The band’s members have previous involvement with the likes of Maidens, Northless, and Ellis.

And now back to that Sauron reference. The music (which combines elements of sludge, post-metal, and doom) does sound like the soundtrack to some mythical and horrifying narrative. It’s titanically heavy and abrasive, frequently discordant, and perpetually clothed in dense darkness. And it conveys a sense of malignant and monolithic power, like the enormous fire-rimmed lidless eye of Sauron gazing balefully from the depths of Mordor.

The drums strike like the crack of doom, and coupled with a bass tone that sounds like the grinding of tectonic plates, the low end of the music is stunning. The dire guitar melodies ring and reverberate and moan, becoming almost hypnotic in the music’s less stupefying passages and contributing to a near-narcotic effect that’s paradoxically achieved in other places where the rhythm section is in full-on clobbering mode.

The album has an almost unrelentingly oppressive and even catastrophic atmosphere (and no vocals that I can remember after the monstrous throat-singing in the album’s first two tracks), yet it’s so well-written and well-performed that it doesn’t wear out its welcome, nor does it lose the strength of its iron grip even over the course of more than 40 minutes. And don’t miss the final track, a largely acoustic piece that coaxes some beauty out of deep melancholy.

(Many thanks to starkweather for recommending this album to me.) 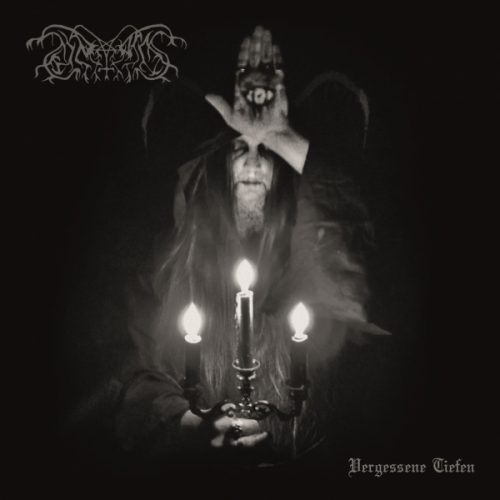 The sheer blazing intensity of this next song was almost enough, by itself, to warrant recommending it to you — but it turned out to have other facets that sealed that decision.

The song is “Im Zentrum des Nichts” and it appears on the eighth album by the German band Thromos. The album’s name is Vergessene Tiefen and it was released on April 10th by Necro Genocide Records.

After a brief bit of galloping, the song takes off, an intense but bereft melody washing over the listener in waves, which the drummer punctures with bursts of clattering explosiveness and the vocalist bathes in streams of acid and gouts of monstrous roaring. The riffing in the first part of the song is compelling, but it really becomes even more vibrant and magnetic in the song’s back half, when the bass thrum surges and the drum rhythm turns to a rocking back beat. 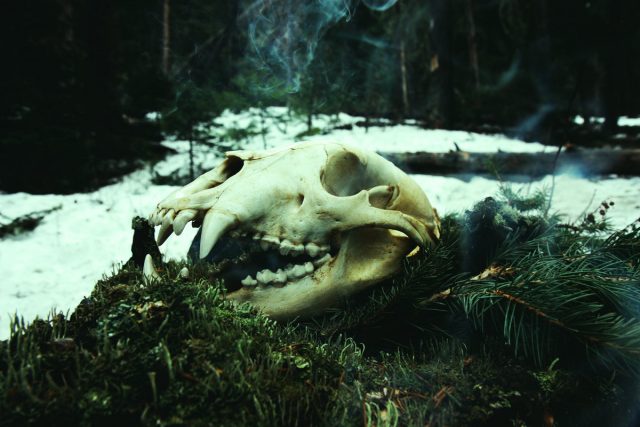 I decided to slot these next two songs here, as a contrast to that Thromos track. They both come from a new album named Thaw by the Bozeman, Montana, band Arkheron Thodol, which will be released on April 20.

The first of these is a long track named “Spiritum Viridis“, which opens with a slow, sublime, immediately appealing acoustic folk melody. When the song fully opens, becoming heavier, more intense, and more panoramic in its sweep, that entrancing melody holds on, and becomes even more firmly rooted in the mind as it becomes the source of elaboration. Another slow, acoustic-led passage is yet to come, which proves to be just as beguiling as the introduction, and the finale pushes the song to new heights of fiery, emotional intensity before ending with another acoustic melody.

The second song you can hear below, “Sapling“, is much shorter than the first one. It features spoken-word vocals (in German?) and another mesmerizing melody formed of acoustic and electric instruments.

I have no doubt these tracks will appeal to fans of American black metal in the vein of Panopticon and Falls of Rauros.The rest of Thaw will be worth the wait. 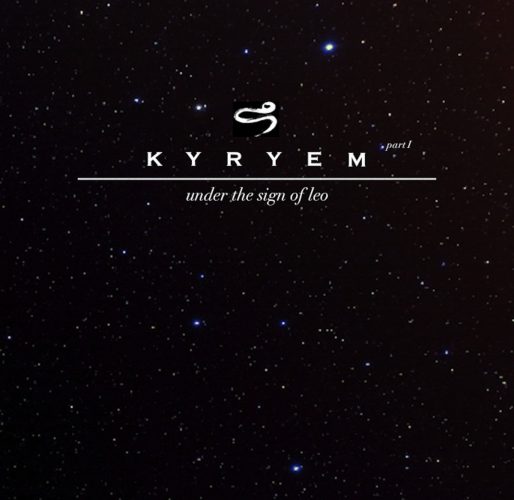 To conclude this Sunday’s SHADES OF BLACK feature I chose an album released on April 7 by the enigmatic Andalusian band Kyryem, the name of which is Under the Sign of Leo, part I. I reviewed the band’s multifaceted and surprising first album Oculta in 2016 (here) — and that’s still a strong recommendation more than a year later. Since then the band also released a second album, Ars Oscura.

Under the Sign of Leo, part I has proven to be just as difficult to describe as Kyryem‘s debut. It harnesses together many ingredients, including spine-shaking, piston-driven rhythms that often have the pneumatic and pulsing character of industrial, spooky ambient waves, and a broad smorgasbord of vocal stylings, some clean (and at times fanatical and crazed) and some diabolically ferocious.

But as viscerally gripping as the grooves in these songs are, and as surprising as the assortment of vocals and keyboard enhancements, perhaps the true strength of the songs lies in the addictive power of the riffs. There are riff gems salted throughout the album that will get your head moving, guaranteed. And the soloing is classic heavy metal goodness. Catchy melodies, too.

Basically, this album doesn’t pretend to be grim or dramatic — it’s just a lot of good, devilish fun. I have a lot of favorites among its eight tracks, but if you want to just sample one before diving all the way in, I’d suggest “The Hill of the Crooked Cross”.