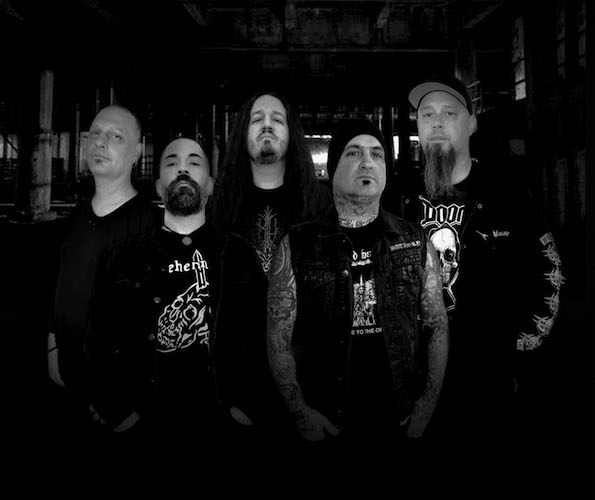 You really couldn’t ask for a better time (which really means a worse time) for a new Phobia album. There’s a lot to be pissed about these days, and for a lot of us, one of the biggest reasons is squinting off the cover of the band’s new album, Lifeless God. Of course, these Orange County anarchists have always been pissed off, but I bet they’ve got more than the usual amount of fury to discharge at high speed in this sixth full-length.

Lifeless God comes out on June 2nd via Willowtip Records, and includes among its 20 tracks such titles as “Escalate To Madness”, “Human Default = Suck At Life”, “Everythings Vicious”, “Death To Freedom”, and “New 4th Reich” (you get two guesses what that one’s about, and one guess doesn’t count). It also includes a track named “Party In Hell“, which is the one we’ve got for you today. 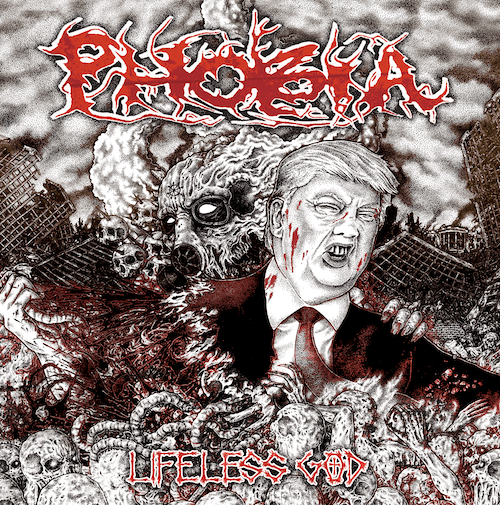 Lifeless God marks a reunion of sorts. Along with mainstay vocalist Shane Mclachlan, the line-up for this new album includes the return of drummer Danny Walker and guitarist Leon Del Muerte (both of whom have spent time in Intronaut, Murder Construct, and Exhumed), and the return of original member Bruce Reeves on guitar, with Calum MacKenzie on bass.

Like the album as a whole, this new track is as fast, as feral, as furious, and as murderously destructive as you would expect, with Shane Mclachlan‘s raw howls (and some incinerating shrieks) whipping the energy into a frenzy. But, for a grindcore onslaught that’s over before it hits the 2 1/2 minute mark, it packs a lot of electrifying variation into it’s unstoppable forward momentum.

Driven by truly blinding drumwork and turbocharged guitar and bass machinations, it gallops and rampages and spits fireballs of deranged soloing. It drops dismal chords like meteor showers and erupts in massive, grinding frenzies, and it jabs and hammers so hard and so fast that it might loosen the teeth in your skull.

If you want some passion in your music, of the kind that will help you exorcize the desire to put your head through a wall in a bout of frustration and rage — or perhaps just get you going fast and hard enough to do it properly — Lifeless God will fix you up.

For further release details and to pre-order, watch these spaces (and to check out two more songs, go HERE).

One Response to “AN NCS PREMIERE: PHOBIA — “PARTY IN HELL””