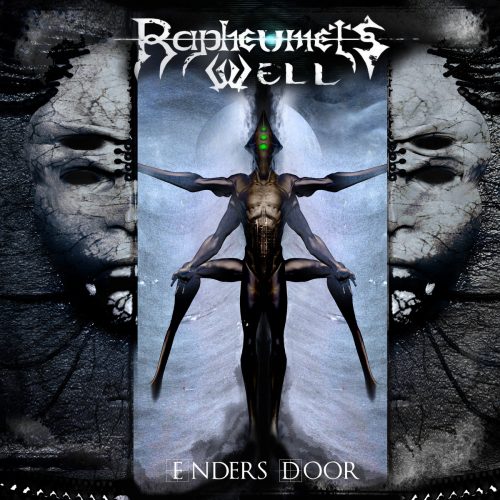 Many metal bands have embraced science-fiction themes for their music, some of them building entire albums around concepts and story lines rooted in the genre, some original and some taken from existing novels or short stories. But Rapheumet’s Well have dedicated themselves to their own science-fictional narrative arc in a way that’s unusually thorough and immersive.

The last time we premiered a song by these storytellers from Hickory, North Carolina, was in early 2016. At that point they were about a month away from releasing their second album, The Exile, which continued an interdimensional, worlds-spanning tale of conflict and perseverance that the band started with their 2014 debut album Dimensions. And now they’re continuing their grand narrative with a third album, Enders Door, which is set for release by Test Your Metal Records on May 26th.

And from that album we bring you another premiere, in the form of a 360-degree video. The song’s name is “Ghost Walkers Exodus“. 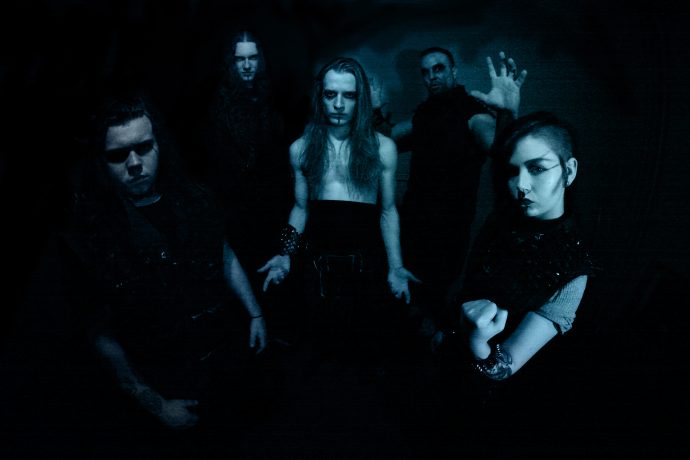 While some of the themes in the storyline conceived by Rapheumet’s Well will be familiar to fans of science fiction and fantasy, the story is an original one that the band are writing themselves, and it permeates everything they’ve done, from the lyrics to the artwork, from the expressiveness of the music to the trappings of their live shows.

Even the band’s name comes from the fictitional universe of Sovael that they’ve created, one in which ancient architects known as the Atai aided in the propagation of sentient life throughout the cosmos. As the band explain, Rapheumet is the name of a deity personified as a trickster, “a master of portals and interdimensional travel” who “often creates chaos for unsuspecting voyagers”, and in the band’s name, “Well” refers to gravity wells, “which like black holes are catalysts of change and gateways between the cosmic plains.”

As drummer Joshua Ward has said, “We created this name in hopes of personifying a living gateway between dimensions. We love science fiction and a few of us have extended education and degrees in science.”

In the second album, an elder architect named Sotath Shal came to the planet Vranath Su, “a desert world rich in minerals and rarities”, with the goal of enslaving it. The album’s protagonist, Darmak Ildna, was a military commander of the Sunak empire of Vranath Su who had a change of heart and, in an effort to be true to himself, rose up against the atrocities of the usurper, beginning a journey of exile and hardship.

The new album, Enders Door, describes events that take place “in the fifth era of the Avomenian Empire, amidst the planetary ruins of Vaath”, where a rogue traveler discovers “an artifact that would forever change his place in the cosmos”.

“Upon arriving to retrieve the artifact, it became apparent that Eryos’s brother Nathyiem would never make it to their arranged meeting point. In departing from the planet Vaath, Eryos received a distress signal from his brother’s ship, coming from an uncharted planet. Upon arriving, he found a odd world inhabited by a mysterious species called the Dreth led by lecherous matriarch named Eishar. It is here that he would uncover a faced-door, an inter-dimensional gateway to the Ender.”

Musically, the song we’re bringing you today blends the bombast and grandeur of orchestration and the alien mysteries of cosmic synths with deep, grinding riffs, blazing percussion, and a mix of bestial roaring, ethereal female vocals, and soaring, clean male vocals. The music has a panoramic sweep befitting the epic nature of the narrative saga, and it also has an operatic narrative quality itself, as it moves through varying levels of intensity, from destructive barrages to soft, dreamlike digressions to passages that become majestic in their resonance.

“‘Ghost Walkers Exodus‘ is a metal opera in itself. It is both a tactic and the experience of traversing the odd and hellish lands they are trapped in. We feel this song really embodies our past writing style in harmony with where we have evolved to. We decided to make a 360 video so you can visual explore some of the art of our new album Enders Door.”

Check out the video for “Ghost Walkers Exodus” below. We’re also including streams of two previously released tracks — the album opener, “The Traveler“, and the title track “Enders Door“.

Here’s the track list followed by pre-order and band links:

1. The Traveler
2. Distress from the Aberrant Planet
3. The Autogenous Extinction
4. Secrets of the Demigods
5. Lechery Brought the Darkness
6. Enders Door
7. Prisoner of the Rift
8. The Diminished Strategist
9. Nastarian Waltz
10. Ghost Walkers Exodus
11. Killing the Colossus
12. Eishar’s Lament
13. Unveiling the sapient