Last fall, Minnesota’s Amiensus signed with Apathia Records for the release of a new EP this spring, and the release of that EP is now fast approaching. Its name is All Paths Lead To Death, and the release date is May 19th. We’ve previously written about the first two singles from the EP, and now we’ve got the good fortune to bring you a stream of the EP in its entirety.

We’re told by the band that “the concept of the album revolves around Hell and different depictions as well”, which ties to the John Martin artwork used on the cover, depicting Satan reigning on his throne in the hall of the Pandæmonium. And the music ties to that concept as well. 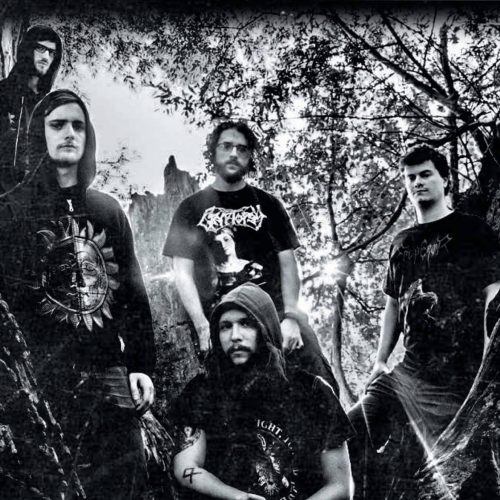 As you would expect from this band based on their past releases, the music is multifaceted and dynamic, the songs evolving as they unfold, with the intensity levels and the moods changing as the music flows. The band’s command of melody is also undiminished — there are intensely memorable ones on this EP.

But with all that said, these songs seem more grim, cold, and sinister than what we’ve heard from Amiensus before. There is a pervading atmosphere of menace and tension in this black metal, the melodies are often edged with dissonance, and in the frequent moments of majestic drama in these songs, it’s an infernal reign that one imagines, with visions of the cover art looming in the mind’s eye.

The EP begins with one of those previously released songs, “Gehenna“. For “Gehenna”, the band “took a deliberate step back from the pronounced keyboards”, yet of all the songs on the EP it will probably seem most similar to the band’s previous material. There is, for example, clean singing in this song, and you don’t hear that again until grand flashes of it appear in the final track.

“Gehenna” is a strikingly varied track. On the one hand, it’s as explosively ferocious as anything Amiensus have done, with high seething riffs and blinding drumwork matched to flesh-ripping shrieks and malignant roars. On the other hand, it’s almost as chilling and ominous in the early appearances of the clean vocal melodies as it is vicious. And on the third hand, in the final minutes, as the uniformly impressive instrumental performances shine even more brightly, it becomes beautiful in a way that swells the heart.

And then things change. “Mouth of the Abyss“ follows “Gehenna”, and it goes hard from start to finish. The deep riffs surge with cold, brooding power, tinged with violence, and the vocals reach heights of unchained and unhinged ferocity. When the pace slows, the music becomes shrouded in gloom and chilling melancholy, and by the end it has risen up like a vision of terrible majesty.

As the EP moves into “Prophecy“, the music is slow, threatening, and still cold, with coiling and ringing riffs, ambient melodies that shimmer like ice, and an array of scalding shrieks and wolfish howls. When a sinuous lead surfaces, it’s python-slow and hypnotic. Yet the band’s knack for effective dynamism is on display as the song grows in intensity, the drums blasting and the guitar rapidly jabbing and skittering before the track becomes frigid and soaring again over a neck-snapping drum rhythm.

A mid-paced, loping rhythm and another grim melody launches “Desolating Sacrilege“, but it takes a militaristic turn, with a martial snare roll and a double-bass machine-gun attack, and with riffing that swarms and seethes, exuding an air of poisonous and violent intent, with a melody that conveys a sense of building tension and threat. 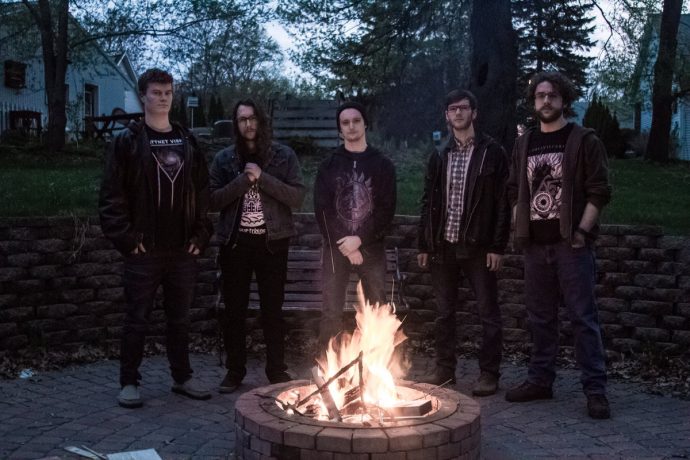 With “The River“, Amiensus turn back a bit to the vibrant patterns of “Gehenna”, with a swirling, memorable melody and guitar notes that peal like bells, propelled by an especially attention-grabbing drum performance. Yet this song is also sinister and fiery, growing in its energy, with a big majestic section in the back half of the song, reaching a crescendo in the union of rising clean vocals and wrenching, throat-shredding shrieks. It’s a tremendously powerful way to end the EP, providing a fitting bookend to the marvels of “Gehenna”.

With the release of this very strong EP, we’re at the point (if it wasn’t already obvious) when it’s very safe to say that Amiensus won’t make a misstep, and that everything that comes from their camp will be well worth hearing. But now it’s perhaps even more intriguing to find out where they’ll go next in their musical journey.

All Paths Lead To Death was recorded by Alec Rozsa, David Farnham, Christopher Piette, James Benson, and Zack Morgenthaler. It was mixed and mastered by Arsafes. The EP will be released on May 19th, both digitally and in a digipack CD edition. To pre-order, check these links:

4 Responses to “AN NCS EP PREMIERE (AND A REVIEW): AMIENSUS — “ALL PATHS LEAD TO DEATH””