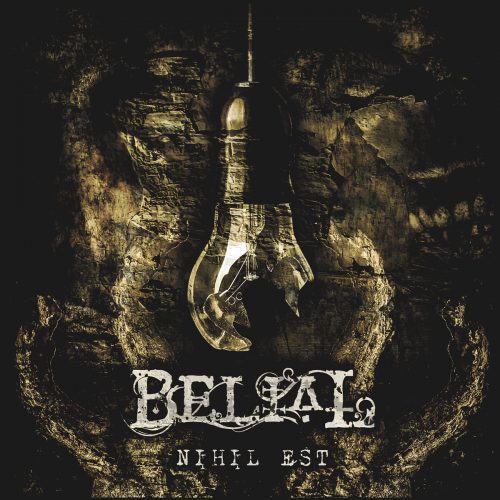 (Andy Synn once again focuses on recent or forthcoming releases by bands from his native land, this time selecting releases by Belial, Drekavac, and Monolithian.)

Breaking with convention ever so slightly, this edition of “The Best of British” is focussed on EPs, rather than albums, providing you with a hand-picked triptych of short, but oh-so-sweet, metallic morsels to devour at your leisure.

Punishing Deathcore with a pronounced Technical edge, the sophomore EP by these Swindon-based savages is a crushing conglomeration of coiled riffs, convulsive rhythms, and cascading electronics — plus the occasional bone-shattering breakdown – that should appeal to anyone who considers themselves a fan of All Shall Perish, Fit For An Autopsy, and their ilk. 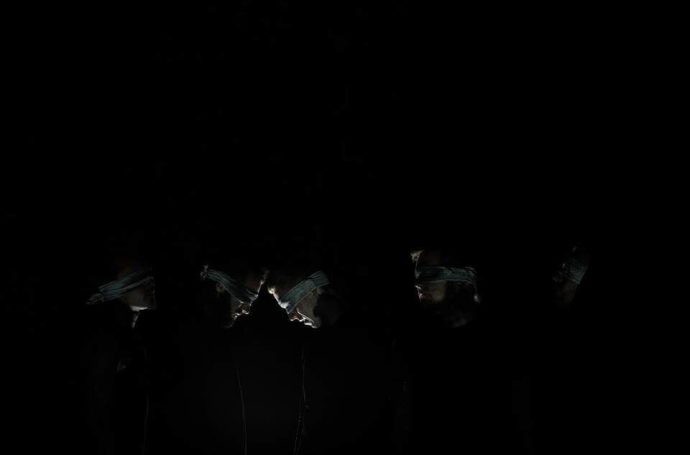 Kicking off with the mangled metallic riffery and skittering, scattershot drum work of “In Extremis”, it’s immediately obvious that these chaps know their way around a fretboard (and a drum kit), and aren’t afraid to show it, switching effortlessly between rapid-fire riff work, chunky, churning breakdowns, and creepy passages of dark melody, leading into the creeping, atmosphere-drenched assault of “Eon”.

The calm introduction to “Ø” is most definitely the calm before the storm, as the track soon erupts in a blazing torrent of spitfire blastbeats, crunchy, chugging guitars, and deep, throat-scorching vocals – interspersed here and there with some nicely nuanced synth and percussion work – after which the propulsive grooves of “Odium” find the band trying their very best to crack your skull open with their mix of taut, muscular riffs, barbed hooks, and some surprisingly killer lead guitar work.

Concluding with the cataclysmic crescendo of “In Origin” – which builds from a moody, morose introduction into an absolute monstrosity of brooding, bruising brutality – this is one EP that’s definitely worth every penny, and which sows the seeds for even bigger, even better, things for the band in the years to come. 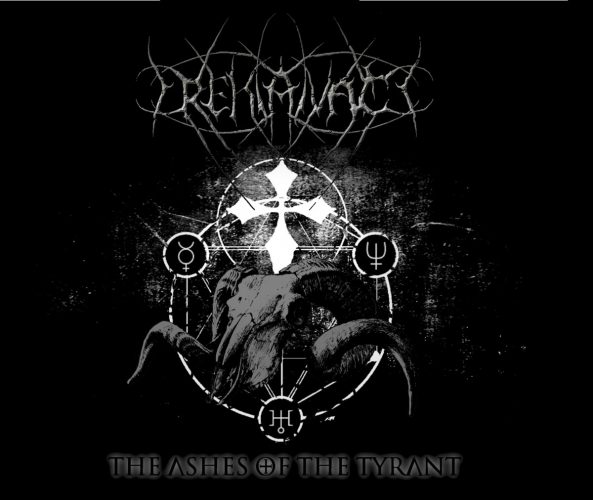 DREKAVAC – THE ASHES OF THE TYRANT

Now, this EP, while good, immediately makes what I think is one of the most annoying mistakes a band can make – to whit, it starts off with a (slightly superfluous) ambient introductory track… which then transitions into the slow-build intro of track two, “The Genesis of Darkness”… it basically means the EP has an intro, followed by another intro, which really hamstrings the band’s attempts to build momentum at the start.

Thankfully “…Genesis…” is worth the wait. Following the aforementioned intro, whose darkly melodic strains rear their head again towards the end of the song, Drekavac unleash hell itself in the form of a veritable firestorm of writhing riffs and howling, blood-bursting vocals, all augmented by a pleasingly raw (but clear) production job, which allows the band’s mix of frenzied intensity and desolate melody ample room to stretch out and spread its ominous wings.

The brittle, bone-jarring blastery which opens “The Hierophant” paves the way for a nasty array of saw-toothed riffs and strangling tremolo runs to work their malevolent magic on your eardrums, the frantic, frenzied energy of the song acting like a lightning bolt of blackened electricity straight to the brain, all venom and vitriol, and vicious, virulent hooks.

Following the mercurial melodic interlude of “Obolos” the EP closes out with the scorched-earth savagery of “Deadmoon”, five minutes of ravenous riffery, apocalyptic aggression, and gruesomely infectious grooves, which really hammers home the underlying potential of this group of misanthropic misfits, and should have you all salivating at the thought of their next album. 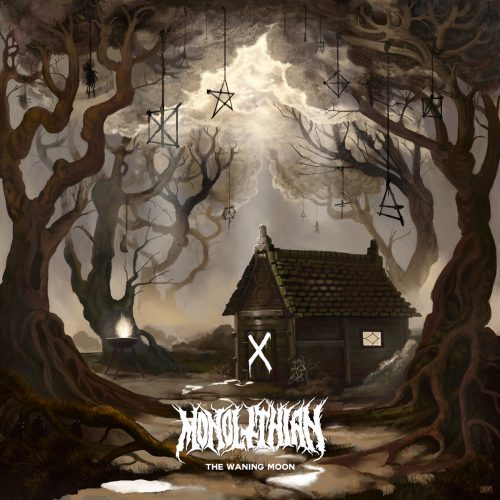 In an age of aimless excess and superficial pseudo-symphonic silliness – when everything has to be bigger, faster, louder, and more obnoxious just to compete – it’s nice to see a band doing so much more, with less.

Because, you see, Monolithian – aka Simon Walker and Shannon Green – are a Sludge/Doom duo who make a heavier, more harrowing racket as a two-piece than most bands several times their size.

What’s more, as the opening rumble and grumble of “Crone” will instantly attest, they do so without a single guitar in sight, opting instead for a massive, bombastic bass presence that you can feel in the very marrow of your bones.

As the song progresses Walker’s gritty, gravel-throated howl holds court over a cavalcade of electric, thrumming notes and crashing, low-end chords, backed up by Green’s splashing cymbal work and pugnacious, punchy fills – with Green also adding some cathartic vocals of her own in the track’s second half, where the pair up the ante and pick up the pace in hellishly infectious fashion.

“Nyarlathotep” sees the duo going for a moodier, more meditative approach, Walker and Green exploring some subtly psychedelic soundscapes over the course of five strangely soporific minutes of looming light and gloomy shade, before the staggeringly heavy, swaggering stomp of “The Mountain Bows To No One” swings things back in a darker, doomier direction.

With “Ixodes” the band plumb some new depths of nastiness and nihilism, and deliver one of their most aggressive and antagonistic tracks yet, priming the listener for one last deep dive into the gargantuan grooves and heaving, swelling rhythms of “Mantis Rider”.

Unorthodox and unconventional their approach may be, but you can’t deny that it’s damn effective.