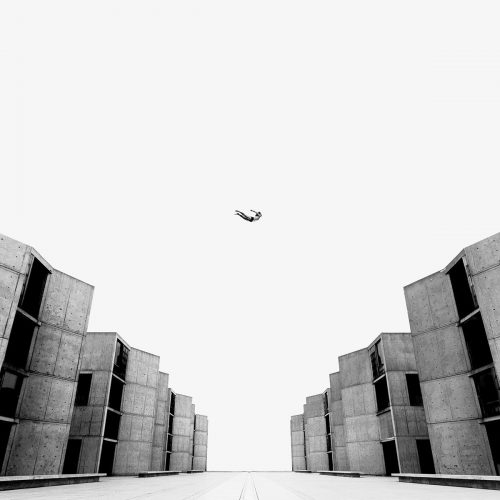 We’re about to fly off all of our site’s brutally well-beaten paths, and then keep soaring up and out, sort of like the leaping figure on the attention-grabbing cover of Barrows‘ new album Obsidion, which will be released on May 26th through the German label Tonzonen Records. The song from that album we’re bringing you today is “Zenith“.

This isn’t one of our infrequent exceptions to the rule proclaimed in our site’s name, because there is no singing at all on “Zenith“, or anywhere else on Obsidion. And bear that in mind as you further consider that “Zenith” is almost 13 minutes long, and includes only the barest hints of metal. What, you may ask yourself, could possibly hold my attention? 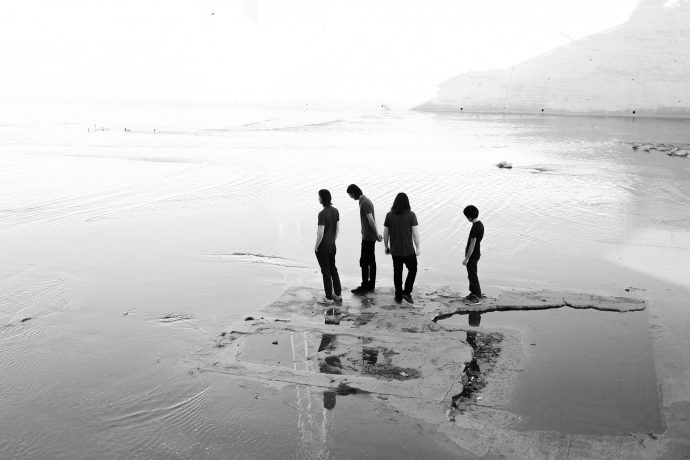 If you’re like me, staying in thrall to this song for its entire duration won’t be any kind of struggle. Listening is like being cast off the confines of mundane life and body-surfing the gravity lanes of deep space in a dreamlike exploratory trip.

The press material for Obsidion accurately scatters references to progressive, space, kraut, and psych rock acts, and drops names like early King Crimson, Pink Floyd, John Carpenter, and Goblin, and all of those allusions make sense when you listen to “Zenith“.

The guitar solo that lies ahead of you is a strange creature that seems to moan at first but then spirals up and around and sets off streamers of fire behind your eyes, and at the end you’ll encounter a compulsively head-moving drum and bass rhythm, with the guitar wailing in a crescendo. It’s a cool trip from beginning to end.

Barrows is the creative channel for the L.A.-based duo Jim Leonard and Richy Epolito, though when they perform live they’re joined by guitarist Ryo Higuchi and bassist Brock Haltiwanger. Barrows explain the concept behind Obsidion (which is their third album) as follows:

“The album depicts the experience of a man who is abducted from earth and brought to Obsidion, a place where dimension is indefinable and the boundaries of human consciousness cease to exist.”

Obsidion was mastered by Eroc from the Krautrock band Grobschnitt and features stark/abstract artwork and photography by Alexandre Souêtre. The album will be released on May 26th, digitally through the band, and on double-vinyl via Tonzonen Records. To pre-order, go here:

P.S. Barrows will also embark on an extensive US tour in support of Obsidion. You can find the current schedule of dates right after our stream of “Zenith”. 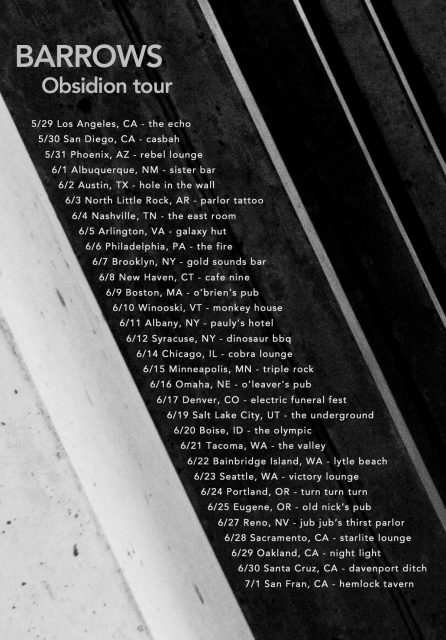