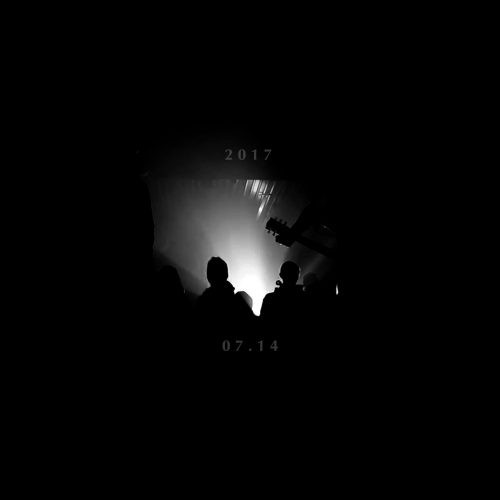 “Antlers” is one of the staggeringly good songs on Grimen, the most recent album (released by Art of Propaganda earlier this year) by the Swedish sludge/post-metal group Gloson, and it’s the subject of a live performance video that we’re premiering in this post, a video that’s just as riveting to watch as “Antlers” is to hear.

This is the second live Gloson video that it’s been our privilege to premiere; the first one (for the song “Cringe”) debuted here in April. Like that one, this new one was also filmed and edited by Gustav Bondeson (whose web site is here) at Kajskjulet in Halmstad, Sweden, on February 25th 2017. And as was true of the video for “Cringe”, the sound in this one is the live audio, recorded during the performance (mixed and mastered by Christian Larsson). 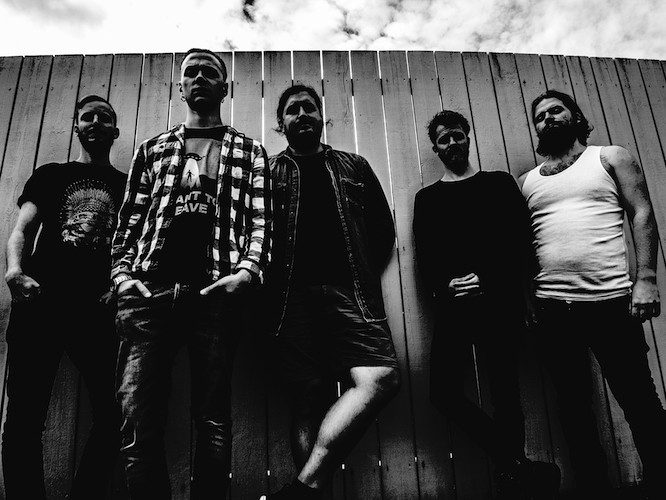 To again borrow a few words from Andy Synn’s review at our site, “Grimen is an album with, for want of a better word, real presence. Something which makes it impossible to ignore, and impossible to forget…. There’s just something about this music, something so uniquely dynamic and utterly overpowering, that I find myself irresistibly drawn to it again and again, as if it has its own inescapable gravity…. [A]lthough it’s only February, I think I’ve already found one of my albums of the year.”

“Antlers“, in particular, is a dark descent, crushingly bleak and disturbingly ominous, and by the time the song has ended, following an extended instrumental section that runs the soul-blasted central melody and its lead-weighted accompaniment in a loop, it’s hard to get the track un-stuck from your head. It stays with you like a scar.

The music generates a range of uneasy sensations, moving from introspective, hopeless, and hallucinatory to apocalyptically bone-smashing. Its ultimate effect is to become mesmerizing — the listener sinks all the way in, is pulled all the way under, falling down through viscous black waters toward a lightless depth.

As mentioned earlier, the video is very well-done. Filmed appropriately in black-and-white and shot from a multitude of camera angles that make the most of the wonderful light show, it matches the song’s otherworldly darkness. It also really confirms my yearning, some day, to watch this band in-person in a live setting.

One final note: The lyrics are themselves worth reading, and I’ve included them below, right after the video.

To hear the rest of Grimen and get it for yourselves, check the following links, and for booking, contact the band at glosonband@gmail.com.

I watched the feathers (closely) as they hovered above fire
This season has drawn them down to perish (into nothing)
The crown is growing, inhale the smog
The blaze reminds me of my trail to walk alone
I wear the antlers of the Grim
The sun deceived me

I felt the tremor inside
A sudden shift, a new approach
No reason to hold on, I detach my wings and fall
Counting off my failures to find the measures of crucial weight