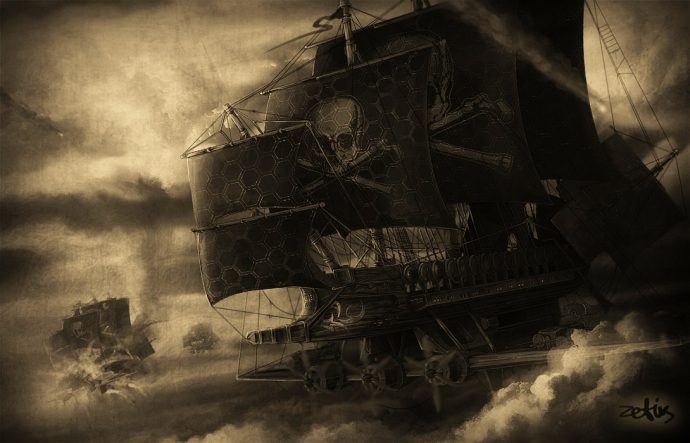 (Andy Synn’s band Beyond Grace released their debut album, Seekers, one week ago, and almost immediately it became available for download on pirate music sites. In this post, Andy shares some reactions to those events and questions what to do about it.)

As some of you may be aware, my band recently released our debut album (I’ll stop going on about it eventually, I promise).
What you might not be aware of is that fact that the album leaked online for illegal download the same day it was released… something which, let’s be honest, isn’t exactly an uncommon occurrence these days.

The thing is, I’m really not sure how to respond to this unfortunate turn of events. There’s several options available to me/us right now, but I’m just not certain what the right move is. 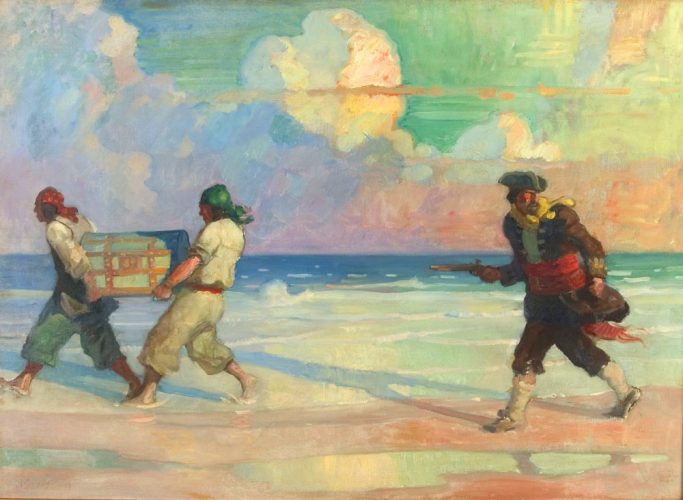 On the surface it might seem simple – these sites are hosting our material, which we worked very hard to write, practice, and record, and into which we’ve invested a hell of a lot of time, money, and effort, all without permission.

Some of them seem to think that they’re acting to “support the scene” by doing so – and may well be sincere in that belief – while the worst offenders are those actively seeking to profit from our work, and the work of others, whether through ad revenue or by actually charging people to download music to which they have no rights.

But either way, this is an open and shut case of theft, right?

Maybe so. And maybe not. I think there’s a little more to it than that.

After all, there’s an argument that these sorts of sites are contributing to our reach and giving us more exposure – Bandcamp itself has a feature which tells you where your “hits” are coming from, and some of these illegal download sites are definitely leading people to find our music – so are we actually gaining more than we might be losing by allowing our music to appear there?

Or are we simply leaving money on the table by allowing these sites to continue to host (and, in some cases, profit off) our music without permission?

There are further considerations to bear in mind too.

We’re a small band, and increased awareness of our music is definitely a good thing for us. Although the argument that “you should do it just for the exposure” is a pretty shitty one in my view, and one which is pretty much always used to try and normalise piracy and decrease the overall value of music (thereby further justifying illegal downloading).

BUT… we definitely don’t want to give the impression that we’re in this just for the money (we’re not, FYI), and kicking up a fuss over this issue has the potential to backfire on us if it’s not handled with the utmost care and discretion.

After all, we want people to hear our music – we may write it for ourselves, without aiming to please or pander to anyone else, but if we didn’t want people to listen to it and (hopefully) enjoy it, we wouldn’t have put it out there.

I suppose, in the end, it comes down to a question of control.

While we want our music to be heard and disseminated as widely as possible, we’d like to (in an ideal world) at least have some say in how that happens, and it’s particularly galling seeing other people attempting to profit off the hard work of ourselves and others.

We’re aware, of course, that not everyone actually can afford to purchase the music they love – that’s just the cold hard truth. That’s one reason why we made sure the whole album is streamable for free on Bandcamp.

If people want to hear it, it’s there, and if/when they can contribute something towards us… they’re free to do so.

But while we don’t want music to be something that’s ONLY for those who can afford it, at the same time, we don’t want to contribute to its ongoing devaluation. We still think it’s important, it’s worth something, and – for better or for worse – it has a monetary value.

So it’s tricky… and I don’t have an answer myself. If there even is one.

All I can say is that I’d be interested in hearing your thoughts on the matter, and look forward to some lively discussion in the comments below (please try and be respectful of each other’s opinions though).

Anyway, let me close by saying thanks to everyone who’s purchased Seekers so far – whether digitally or physically – as well as an extra thank you to both my NCS comrades and the brave men of the Toilet Ov Hell for contributing their own ideas and opinions on this matter.

34 Responses to “THE PARADOX OF PIRACY”