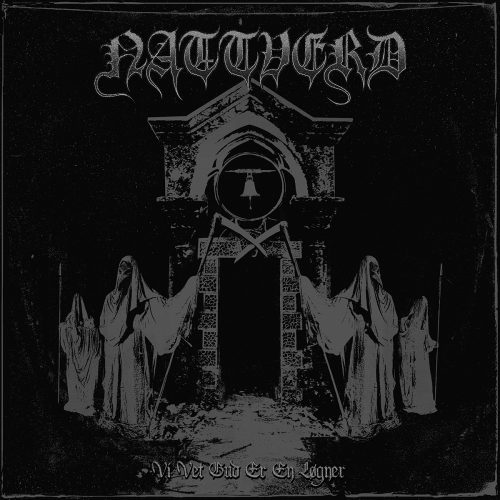 Not for the first time, I find myself wondering about the use of the term “cold” to describe black metal that’s hot enough to melt lead, hot enough to put a fever in the blood, the heat of unchained human violence run rampant.

This time, that wondering was prompted by the wondrous track you’re about to hear, a scorcher named “Der Tronen Blender, Vender Vi Oss Mot Mørket” by the Norwegian black metal band Nattverd. It will appear on their debut album Vi Vet gud Er En Løgner (We Know God Is A Liar!).

Background information about Nattverd is scarce. They are a two-person band that began in 2010, consisting of guitarist/bassist Atyr and vocalist Ormr, with session drums on this track performed by Serpentr. An earlier version of this song appeared late last year, but what you’re about to hear is the final mixed and mastered album track. 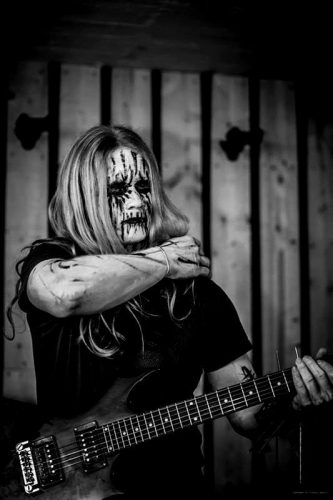 The ghastly voices and the ritualistic boom of the bass drum that begin the track don’t give you much chance to prepare before being engulfed by a torrent of hammering percussion and a surging storm of seething chords, the melody rising and falling like waves of rushing blood — and by a voice choking with bile, from a throat that sounds constricted in a noose of barbed wire.

It’s the sound of ferocity given free reign, but it’s a mesmerizing sound as well, because the melody that courses through the tumult sets a sharp hook. And in that melody lies the answer to the question about the use of the term “cold” in describing this kind of black metal. It’s a melody that’s both bleak and chilling in its beautifully wintry cast — not so much a song of sorrow as it is an ominous paean of desolation and incipient derangement.

There are moments when the resurgent drive of the song ebbs, and the music simply seethes in the shadows, even more heavily cloaked in gloom and despair. By the end, that melody that seems half-despairing and half-murderous, has magnetized the listener’s mind, forging a firm bond that pulls one back to listen again. 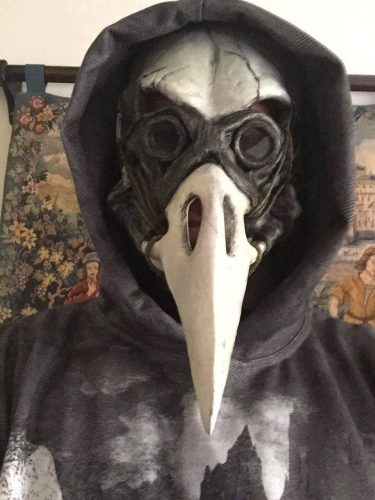 The music is obviously rooted in the old traditions of cold Norwegian black metal; Nattverd are content to follow the old paths in the glorification of the Adversary, but their strides are confident and strong. To be more direct, this is a hell of a good song and a very exciting teaser for Nattverd’s debut album.