(We present TheMadIsraeli’s review of the new album by West Virginia’s Byzantine, scheduled for release by Metal Blade on July 28.)

When Byzantine basically slowly imploded after their fantastic self-titled comeback I’ve no shame in admitting I was super-concerned about what would happen. I knew Chris Ojeda wanted to continue on, it was his baby, he’s the reason Byzantine exists, but the “OG” lineup of Byzantine, the one people remember, was pretty hard to beat and had some uniquely talented musicians in it, stylistically. Lead guitarist Tony Rohrbough would be especially the hardest element to replace, as his angular jazz-fusion-esque approach to soloing over the thrash/math-metal/southern-swagger juggernaut of the Byzantine sound served as the final piece in the band’s musical jigsaw puzzle that saw the whole thing come together.

To Release Is To Resolve, the band’s first album with its current line-up, was a great record, but one that had a lot of jagged edges on it as the effort to incorporate the new blood’s musical talents and tendencies hadn’t quite yet been worked out. Brian Henderson’s guitar playing was far more melodic and hook-oriented than Rohrbough’s, and Ojeda had bassist Sean Sydnor, who was much more technically skilled at his instrument than Michael Chromer, to account for. It was still Byzantine in all of the right ways, and even saw the band visiting more progressive pastures in light of the absence of Tony Rohrbough, who was a zealot for cutting songs down to the absolute minimum efficiency possible.

An evolution was definitely on the horizon, and I was eager to hear what would come next. Original drummer Matt Wolfe is now out of the picture since To Release…, making Ojeda officially the only original Byzantine member left in the band. Matt Bowles has stepped into the kit position, and he brings with him a greater degree of technical prowess. 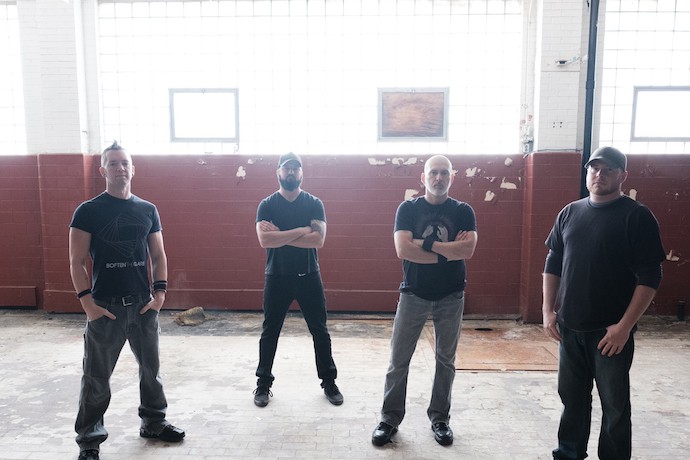 The Cicada Tree is Byzantine completely comfortable in their new skin of progressive ambition and more diverse song-writing, while trying to recapture the borderline avant-garde stylistic blending of The Fundamental Component or ….And They Shall Take Up Serpents on top of their more energetic, more recent thrash inclinations. The result is an album that is a definitive improvement on To Release…, and is as good as the self titled comeback in its new direction. For a major label debut (the band is now on Metal Blade, good for them) they couldn’t have done better. It’s the ultimate fusion of Byzantine’s roots along with their newfound growth.

The most impressive thing about this album beyond the music itself is how excellently it’s structured. “New Ways To Bear Witness” and “Vile Maxim” are classic Byzantine-style thrash tunes that invoke the energetic nature of the self-titled, with “Map Of The Creator” serving as an introduction to the more progressive aspects. It provides a mournful melodic reprieve, abundant clean guitar sections, and Ojeda’s soulful vocal melodies, all juxtaposed against a chorus riff that’s pissed in a NYHC kind of way. The song diverges from its structure and concludes with a killer dual-guitar section and a breakdown that’s got a pretty nice Gojira-esque sense of introspection and contemplation.

“Dead As Autumn Leaves” is a song that’s straight-up prog metal yet maintains Byzantine‘s distinctive identity. All the vocals are clean, and it includes some keyboards and a lot of heavy/soft contrast. It would be a borderline doomy number if it weren’t for the machine-gun rythm backing the dragging drum foundation.

“Trapjaw”, “The Subjugated”, and “Incremental” make up the strongest portion of the album in my mind, mostly because as an OG Byz fan I’m reminded of the band’s old school first three albums. The Meshuggah influences, the twisted thrash/math riffs bordering on death metal at places (thanks to Ojeda’s lower-end roars), the grooves — it’s all there. It’s awesome that these songs are on the album because it shows in an undeniable way that Ojeda is not allowing the Byzantine legacy to be abandoned; it’s just being carried forward with some new tricks up their sleeves.

“The Cicada Tree” is the second softest song on the album, with a compelling main riff and a catchy chorus that really serves as more of a precursor for the album’s closing song. “Verses Of Violence” is a nine-minute epic, showcasing every element of the album and also displaying a heavy progressive rock influence that the band handles masterfully. Simple, effective, hook-driven riffs carry the entire thing alongside Ojeda’s masterful sense of vocal melody, while of course making room for his trademark roar during the song’s powerful chorus riff. The vocal harmonies during the secondary chorus (as it were) are also gorgeous. The blast-beat-filled explosive finale seals the deal here, and with this song, much like “The Justinian Code” on To Release…, Byzantine convincingly prove they can do progressive and do it effectively. 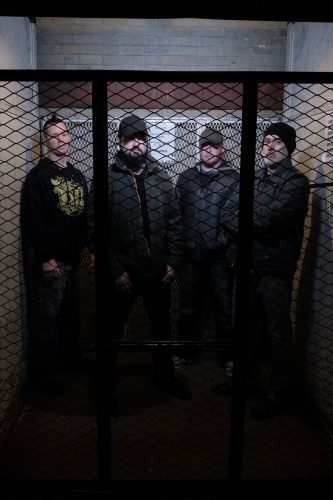 I also want to give extreme credit to Brian Henderson. As Rohrbough’s replacement, he found a way to at least somewhat keep his predecessor’s vibe while incorporating his own style. His solos and leads are more fluid, more lyrical, and far more melodic than Rohrbough’s, and there is no doubt he’s not only a master of his craft but also fits on the Byzantine hand like a tailored glove. Definitely one of the most impressive guitarists in the scene to me right now.

So overall? I think it’s up there with …Serpents and the self-titled in the top three of the Byzantine discography. It’s a monolithic achievement given the new additions to the sound and the line-up changes, but perhaps that shouldn’t be surprising — it is a Byzantine record after all. It’ll probably be in a top 10 spot of the year for me. No one does it like The Byz.

2 Responses to “BYZANTINE: “THE CICADA TREE””