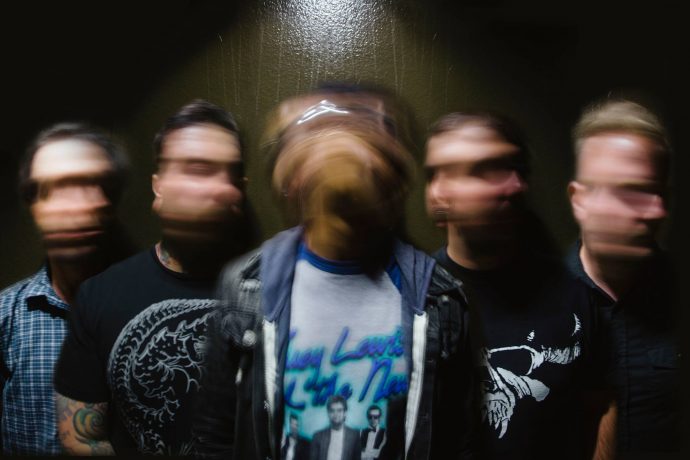 (In the fifth and final part of a week-long series of interviews by Andy Synn, he talks with Scott Mellinger of the Pittsburgh band Zao, whose late-2016 album The Well-Intentioned Virus was reviewed by Andy here.)

Last, but by no means least, in my retrospective on some of 2016’s unsung heroes we have a band who are probably the most well-known out of all five, though still nowhere near enough in my estimation!

After a seven year break Zao returned in 2016 with The Well-Intentioned Virus, their tenth/eleventh full-length album (depending on whether or not you count the 2003 re-recording of All Else Failed), which proved to be one of the finest slabs of music the band had ever produced.

Now, a little over half a year later, I wanted to catch up with the band and welcome them back to the land of the living, as well as grill them on their time away, and what it took to produce an album which may well go down as their magnum opus.

To start off with, would you mind giving people a quick run-down of Zao’s history and where you started, where you’ve been, how you’ve changed and grown and evolved along the way, etc?

Scott Mellinger: Well Zao has a pretty crazy story, I mean starting out in West Virginia as a straight-up Christian ministry to where we are now seems polar opposite, but the journey and why we’ve changed is actually way more gradual and I think it totally makes sense. When you’re searching for truth and answers sometimes they’re not what you thought they’d be.

But as the music goes, I think the band has only gotten more fierce and extreme. Dan’s lyrics and delivery have always been visceral, and I think the music is finally catching up.

With the dissolution/break-up/hiatus in 2009, was the door always open for a return? Or was this something that only came about much later on?

Scott: We didn’t actually look at it that way. I started immediately writing for the next record. Things just were a little harder at that time to play shows, it took some time, but we figured it out now.

How would you describe the Zao of today, versus the Zao of yesteryear? Both as a unit, and in terms of your overall sound?

Scott: I think the Zao of today has a lot of similarities, but the biggest difference to us is that with the years of experience we know how to run the band better. I think that even though the band has changed and evolved its beliefs and ideas, Dan [Weyandt] is still writing about a lot of the same personal struggles. The lyrics always have a ton of meaning. I think the sound has actually got more extreme, we’re doing some weird shit musically and I love it. 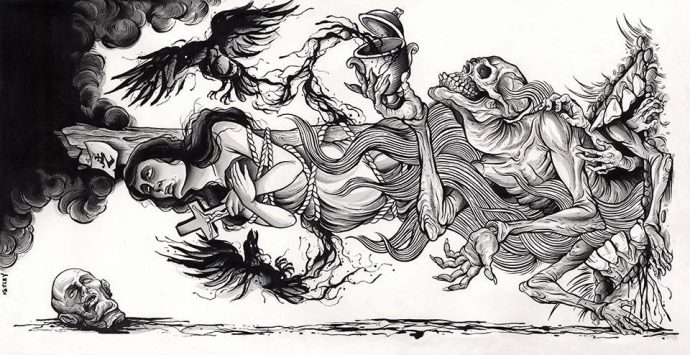 When did you actually start work on The Well-Intentioned Virus? And what was the writing/recording process like in general?

Scott: I started writing immediately after Awake?. And we’ve spent all those years in between refining and expanding. We write separately but then once I’m happy I’ll send off and Jeff [Gretz] will add his ideas.

Recording is so incredibly stress-free now. We record with a great friend named Dave Hidek, who really gets us. We go into the studio here and there, since we live so close, so we’re not stuck in a studio for a month. It means we get to sit with stuff and really make sure we’re happy.

How have you found the reception to the album?

Scott: It seems to have been received very well. To be honest, the fact that we did it the way we did and released it ourselves, it was already a success to me. I think if anything this record proves that Zao is still able to connect with the people who support us.

Also, more generally, what have you been up to since the album was released?

Scott: We’ve been playing as much as we can and already working on the next thing. We hope to always be releasing things or playing, to keep moving and not stopping.

Any particular favourite tracks from the new album? Any that are particularly fun or challenging to play, or that you see getting a particularly rabid reaction live?

Scott: I think most of the new stuff is getting a strong reaction, “Xenophobe” probably the most just because it’s the older of the songs we released

It’s really rewarding to play all the new material, though. A lot of the older Zao stuff is pretty simplistic whereas most of the new stuff is a bit challenging and way more fun for me.

What does the future hold for Zao? I assume/hope we won’t have to wait quite as long for the next album?

Scott: We’re actually already gearing up for the next full-length, and will be releasing an EP in the near future as well.

There should never be more than a year or so between full-lengths. We’ll keep releasing them as long as we’re excited about the material!

Any last words for our readers before we wrap this up?

Scott: I just sincerely want to thank everyone who has supported the band in any way. We do this all ourselves, so when you purchase a record or t-shirt it directly influences what we can do, so thank you!!

And thank you guys for the interview, it’s so great to have No Clean Singing on board with what we’re doing.