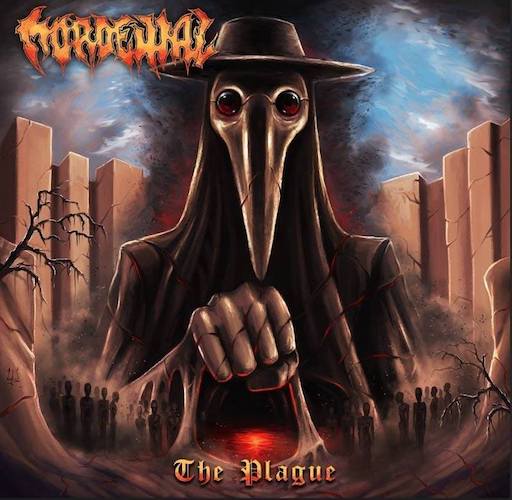 The crushing melodic death metal band Mordenial began life in early 2000 in Västervik, Sweden, eventually releasing their debut album, Where the Angels Fall, in early 2015. In just a handful of days they will return with their second full-length, The Plague, via Black Lion Records — but we have a full stream for your listening pleasure today.

The album is a 10-track, 44-minute affair, with all of the songs thematically linked to concepts of “plague”, ranging from the pestilential vectors of the distant past to futuristic scenarios, and the terrors perpetrated by human beings in the name of god or gods. Consistent with this thematic focus, the music is cloaked in darkness, with death looming like a specter in the atmosphere of the melodies.

The music is also immensely powerful in its sound, and immensely punishing in its impact, and those grim melodies prove to be as infectious as the contagions that have inspired the album. 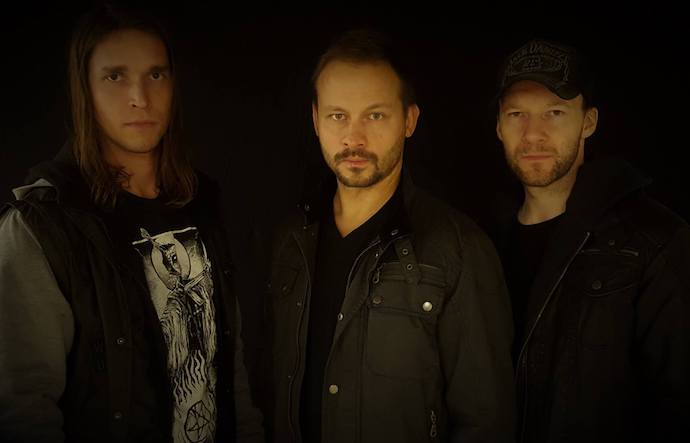 The aforementioned striking power of the music becomes immediately evident from the opening title track. After an intro of slow, reverberating guitar notes it explodes with staggering drum booms and massively heavy riffing, with a tone that vibrates the bones from head to toe. And as the pace of the song increases to a jolting gallop, the riffing becomes thoroughly vicious and seething. When the pace slows to a lumbering, afflicted stagger, that sets the stage for a viper-like, slowly slithering solo, and the song’s final rush of force is highlighted by another solo — which turns out to be a real face-melter.

As you’ll discover, all of the songs feature many of the same attractions, though they’re not all cut from the same cloth. The grooves are massive, the thrashing eruptions of speed are capable of sucking the wind from your lungs, the soloing (sometimes slow and soulful and sometimes absolutely incinerating) is never less than riveting , and the varying melodies have staying power. All of the songs also feature remarkably barbarous vocals — wild, savage, and shudderingly intense.

Mordenial maintain a grip on the listener’s attention through a full-album run by varying the mood and the pacing of their compositions — but there is no joy in this titanic onslaught. At least to these ears, it is devoted instead to renditions of grief, oppression, terror, and fury — and the renditions are impressively vivid, and impressively crushing.

The Plague was recorded at Departure/Expire Studios in late 2015/early 2016. It was mixed and mastered at Garageland Studios by Ronnie Björnström. The album will be released by Black Lion on July 31, both digitally and in a 6-panel digipak CD edition.

2 Responses to “AN NCS ALBUM PREMIERE: MORDENIAL — “THE PLAGUE””