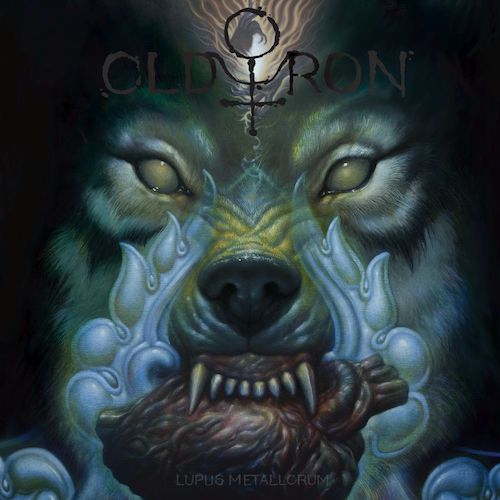 There’s a movie out in theaters now that includes the name “Valerian” in its title, and it seems that more than half the people who’ve seen it think it’s terrible. Because the name isn’t one you see every day, some people reading the title of this post might make an association, but let’s be clear: This song has nothing to do with that movie.

This “Valerian” is a stunningly good song by Seattle’s Old Iron, and it comes from their second album, Lupus Metallorum. Emblazoned with unforgettable cover art by the band’s own guitarist/vocalist Jesse Roberts, it will be released by Good to Die Records on August 18, just days from now. 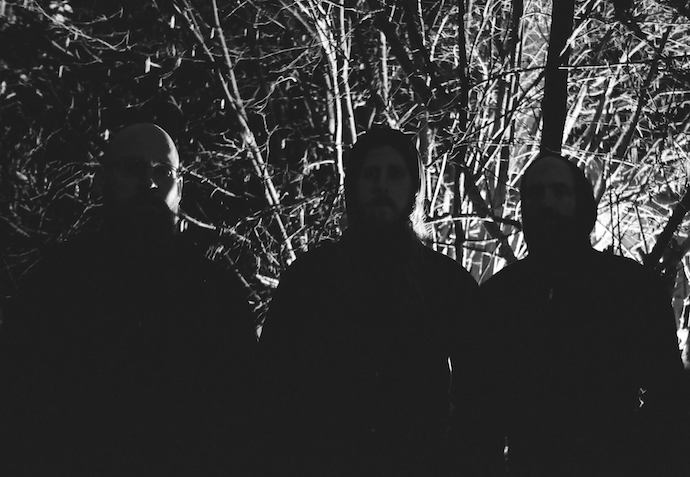 That eye-catching album cover connects to the title, which turns out to have more dimensions than you might think at first. We are told not only that “Lupus Metallorum” translates to “grey wolf”, but also that it “references the alchemic term for antimony, a chemical element once known as ‘monk-killer'”.

We’ve also learned through a comment by Jesse Roberts that although the album had no intended theme, “in hindsight half of the songs were inspired by experiences I’ve had with ayahuasca and DMT.”

All that background information seems relevant after you’ve heard “Valerian” because it is a manifestation of sonic alchemy, and it puts visions in your mind. Working with ingredients that range from sludge to noise rock to post-metal (to name a few),  Old Iron prove themselves to be spell-casters as well as demolishers.

On the one hand, “Valerian” is titanically heavy (and produced in a way that delivers the music with staggering power). The song heaves and hammers, thanks to tremendous vibrating riffs and a bone-fracturing rhythm section. But on the other hand, it also gleams with a kind of ominous grandeur, through a shrill, soaring melody that cascades like an aurora borealis.

Transformations occur as the music moves… the pace ramps up in a stupefying display of clobbering by the rhythm section… dissonant guitar notes appear, putting a chill on the back of the listener’s neck… as if Roberts‘ flesh-rending howls weren’t chilling enough… and at the end, the chime and scratch of guitar picking prove to be both haunting and hypnotic. 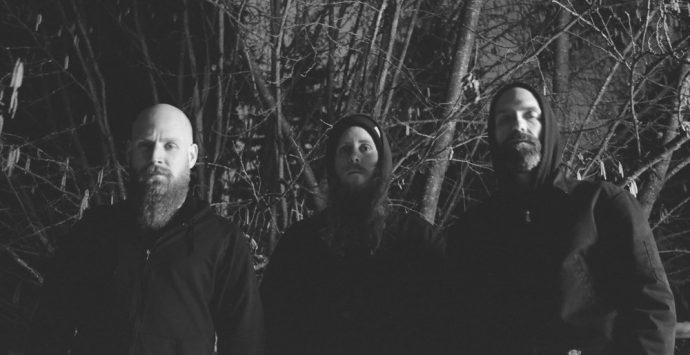 Lupus Metallorum was engineered and produced by Matt Bayles (Mastodon, ISIS, The Sword) at Red Room Studios in Seattle WA, and it was mastered at AudioSiege by Brad Boatright, and that’s a damned impressive pair of people to partner with if you’re making a record as heavy as this one.

The album is being released by Good To Die Records on vinyl and can be ordered via the link below.

After the track stream, be sure to check out the current dates for Old Iron touring in support of this release. I’ve also included a stream of a previously released track named “Gravewax“, and you can go here to listen to another one (“Bloody Angles“), and here to listen to one more (“Bogwitch“).