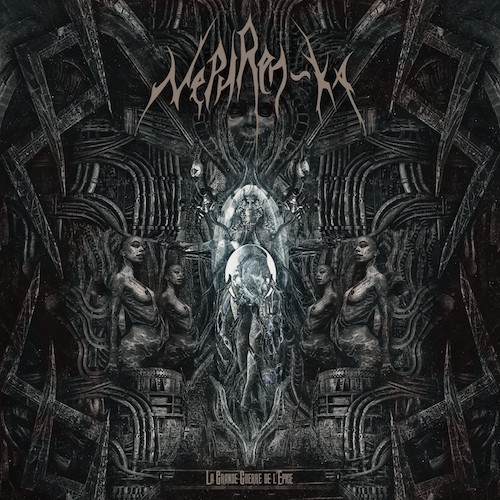 Nephren-Ka, a group of French brutalizers with a welcome thematic devotion to the universe of Frank Herbert’s Dune, made a very impressive full-length debut with 2013’s The Fall of Omnius. Four years later, they are returning with a new opus named La Grande Guerre de L’Epice, which will be released on October 13 by Dolorem Records. And although it’s predictable that people may wonder whether the band will fall prey to the dreaded sophomore slump, fans can rest easy. The early signs are that Nephren-Ka have moved from strength to further strength.

The new album, which includes French lyrics for the first time on some of the tracks, is a concept record consisting of nine chronological phases based on the Houses prequel stories written by Frank Herbert’s son and deals “with the attempt to create synthetic Spice and the ensuing imperial war”. We are very happy to present today one of the new album tracks, a slaughtering experience entitled “Watch and Learn“. 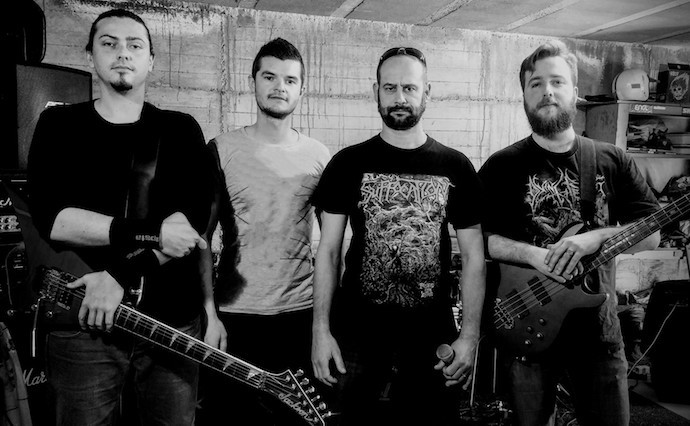 Our reviewer Andy Synn praised The Fall of Omnius as “a cauldron of pure, ravenous hatred and venom, showing neither restraint nor mercy”, and similar words could equally be used to describe the new song you’re about to hear.

The music is absolutely murderous, assaulting the senses with a blizzard of slashing, grinding, neck-clubbing riffs, highly accelerated double-bass artillery, bursts of snare drum machine-gunning, and a beastly mix of gruesome gutturals and skin-flaying shrieks. The band infiltrate their full-bore ferocity with twisted melody and demented soloing, as well as explosions of pounding percussive chords.

In short, this is a highly destructive adrenaline surge of technical, brutal death metal that should appeal to fans of such bands as Hate Eternal, Hour of Penance, and Origin.

La Grande Guerre de L’Epice was mixed and mastered by H.K. Vamacara, and it features artwork by the French artist, Stan W. Decker. To pre-order, use the link below.

One Response to “AN NCS PREMIERE: NEPHREN-KA — “WATCH AND LEARN””