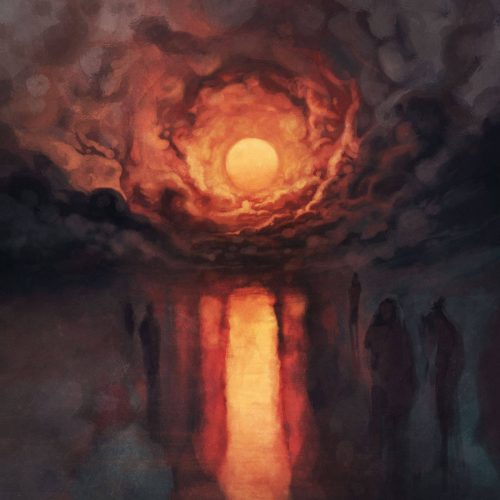 It’s been a long time since my fucking day job has severely impinged on my blog life, but it’s happening again. The interference began on Monday and the situation has gotten increasingly worse since then.

I’ve fallen far behind in searching out new music and barely had time to listen to anything yesterday. This morning I have to get on an airplane and fly across the country, and when I get where I’m going I’ll be buried in work until turning around and flying back on Friday. So the volume of stuff at our site will dwindle over the remaining days of this week.

My brief listening session last night did lead to the discovery of excellent music by the two bands I’m writing about now. And so, without further ado, let’s get to them.

Convocation is a relatively new Finnish project consisting of L. Laaksonen, who writes the music and performs all the instruments, and M. Neuman, who handles the lyrics and vocals. Laaksonen is also the musician behind Desolate Shrine, and Neuman is also the vocalist for Dark Buddha Rising.

The Convocation Bandcamp page is now populated with unmastered versions of four tracks, all of which appeared just a few days ago. I’ve only had time to listen (twice) to one of those tracks — “Ruins of Ourselves“.

“Ruins…” is a staggeringly heavy union of funeral doom and death metal. It’s punishingly crushing, with titanic, gloomy chords and gut-punching percussion that together make the earth quiver. Spectral guitar melodies, eerie ambient layers, and Neuman’s own haunting clean tones give the music a ghostly atmosphere — though most of the time Neuman’s vocals are terrifyingly craggy.

In addition to being stunningly heavy, the music is mesmerizing — but in passages when the pace of the music does increase, the effect is head-hammering.

Just based on this one song, I would say Convocation is a brilliant new entry into the annals of doom/death. Very anxious to hear more. 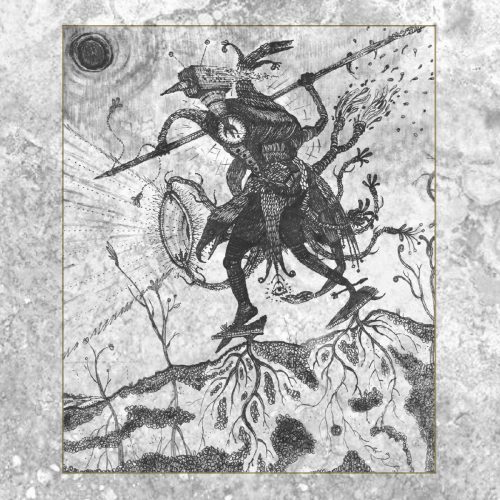 I was recently reminded of this next EP by starkweather, who pronounced it “feral”. The name of the EP is Bestiale Battito Divino, and it’s the creation of a chaotic Italian black-metal/punk band with “Italian estoteric-folkloristic themes and lyrics.”

It’s a kind of conceptual recording, focusing (in the band’s words) on “the nature of a creature stuck between bestial and divine, carrying inside two poles… the coexistence of submission to animal instinct and the search for something higher than mere reality.” The EP was released on tape by Caligari Records in January, and on August 17 it was released by Avantgarde Music on CD and digitally.

One other note of interest: The band seem to have taken their name from the Romanian philosopher Emil Cioran, whose best known works are On the Heights of Despair (1934) and The Trouble with Being Born (1973).

For the reasons explained at the beginning of this post, I haven’t yet spent much time with Bestiale Battito Divino, but when I listened to the first couple of tracks last night I had sensations similar to those I experienced when listening to Dragged Into Sunlight’s Hatred For Mankind (2009) for the first time.

The music is abrasive, bone-bruising, bleak in its tone, and harrowingly violent. Listening is like being caught in a cyclone and being bombarded by boulders. The vocals are the excruciating shrieks of a man being boiled in oil or being torn into strips of raw meat by wolves. Brutal stuff, but absolutely electrifying.