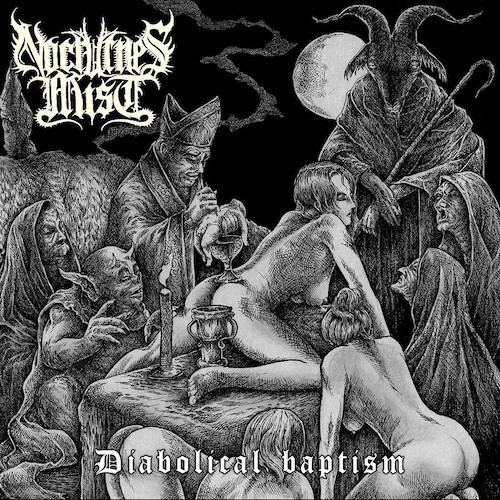 Though I’ve grown into quite an intense fan of black metal over the last decade, I’m still constantly discovering bands with significant histories that I’ve never encountered before, and Australia’s Nocturnes Mist is one such late discovery. Their inception dates back to 1997, though their first album, As Flames Burn, didn’t arrive until 2009. Two more albums have followed that one, including last year’s March To Perdition and Diabolical Baptism, which we are premiering today in advance of its September 15th release by Seance Records.

And yet, there is still a symphonic quality in the music despite the deployment of keyboards in only rare instances, and by that I mean there is an inherent drama and enormous power in this music, and a grandiosity that befits the album’s devotion to its titanic and diabolical subject matter. 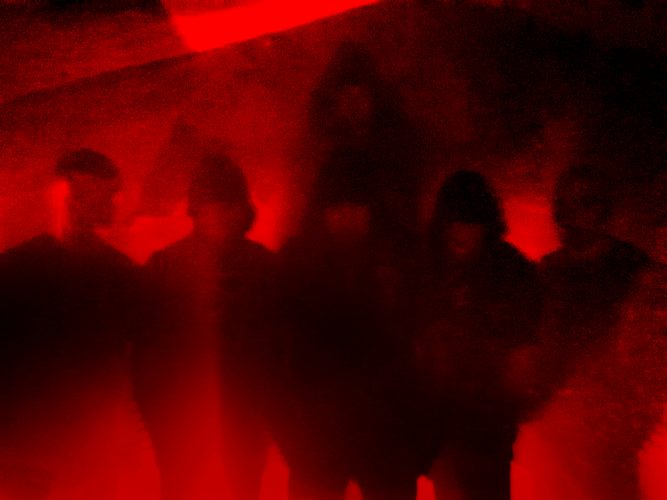 We are told that Diabolical Baptism is “a work inspired by high Satanism, both its medieval origins as well as the presence of Satan and the occult in the contemporary world: from The Omen trilogy to Ken Russel’s classic The Devils (from which a sample is used on the song “Barbs of Sadism) to the illustrations from the works of Lord of De Lancre, the infamous French witch-finder and demonologist of the 17th Century.”

And so the imagery that inspired the music includes archaic visions of the Black Mass and the witches’ Sabbath as well as horror — “both fictional demonic terror and the real life terrors of the medieval age and inquisition”.

The music on the album is delivered with clarity and staggering power, and the variations in its tempos, rhythms, and melodic accents contribute further to its vice-like grip on the senses.

When it rips, it really rips. The high fiendish whine of the lead guitar meshes with the deep, mortifying vibrations of the rhythms and the relentless fusillade of blasting drums, creating an air of deranged violence — which is only magnified by the murderous vocals. The skin-stripping shrieks are fiery enough to boil flesh from bone and the growls are hungry enough to crack what’s left with razor teeth and dine on the marrow. In the music’s crescendos, they sound like a possessed creature caught up in the throes of spiritual ecstasy.

Even in these eruptions of malevolent mania there is still something larger-than-life about the music, something mythic in the displays of mayhem. Yet these electrifying frenzies are only one dimension of this album.

The band also switch gears into head=moving devil rock — still cruel and cold, but irresistibly head-moving. And through eldritch pulsating riffs and the deep swirling sensations of the guitar (briefly mixed with high, spectral swirling keyboards), they create a feeling of matter-altering magic at work. Shrieking whammy-bar solos soar and dive in such electrifying fashion that they put the spurs to the listener’s pulse, and when they slow into an ominous lurch, the band quite effectively put the fear of imminent death into their sound.

The contrasts can be dramatic. “Pale Face Cold Heart” is slow, grim, monstrously heavy and blood-freezing in its aura of cold, remorseless cruelty (even though it also includes a volcanic eruption). It creates visions of the fallen angel rising to ascendency, cloaking the world in darkness. And right after it, “Obscure Reaches” is a bonfire of racing ferocity — though it too eventually becomes slow, bleak, and majestic.

That air of horrifying grandeur becomes manifest throughout the album. At times it carries a sense of the stateliness of worship — mixed with the imminence (and eminence) of death.

And so this album is as atmospheric as it is visceral and vicious. It’s a great listen from beginning to end — as you will now have a chance to experience for yourselves.

Order on LP and CD:
https://shop.seancerecords.com