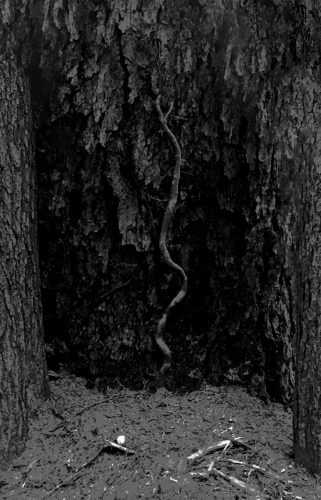 September 22nd is the first day of the Red River Family Festival in Austin, Texas, a three-day event that features an amazing array of bands (which you can check out here) — one of which is One Master from the northeastern United States. Timed to coincide with the commencement of the festival, Eternal Death and Red River Family Records will jointly be releasing a new split (digitally and on cassette tape) by One Master and the mysterious Ninhursag, whose domicile is The Sacred Mountain. Today we bring you a dual premiere — one song from the split by each band.

Sometimes split releases represent alliances between like-minded and like-sounding bands. And sometimes the music of the participants is distinctly different from each other, with the connection to be found in less obvious affinities. This split is in the latter category. 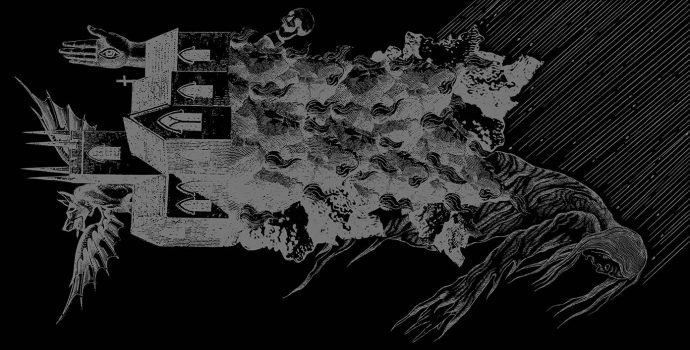 One Master has contributed two songs to this new split, and the one we bring you today is the first of those, “Stormdivision” (the other is “Ironspirit”). In its opening moments it rapidly establishes an atmosphere of encroaching doom and eldritch terrors, its dissonant chords and febrile seething giving rise to disturbing visions of incipient violence from an otherworldly source.

The tension mounts, and the violence does come — though the tension doesn’t relent. The blasting drums and scalding, murderous vocals remain surrounded by the feverish, teeth-on-edge riffing. The rhythm changes here and there, adding different dimensions to the music’s rampaging energy… but One Master return to where they began, putting the chill of a poltergeist’s breath on the back of your neck.

This is sorcerous, soul-shivering black metal, but it just as effectively gets the blood racing in the veins. And it provides a good reminder that if you haven’t yet checked out the band’s new 2017 album, Lycanthropic Burrowing, you damned well should — because it’s outstanding (and I’ll add a Bandcamp link to it below). 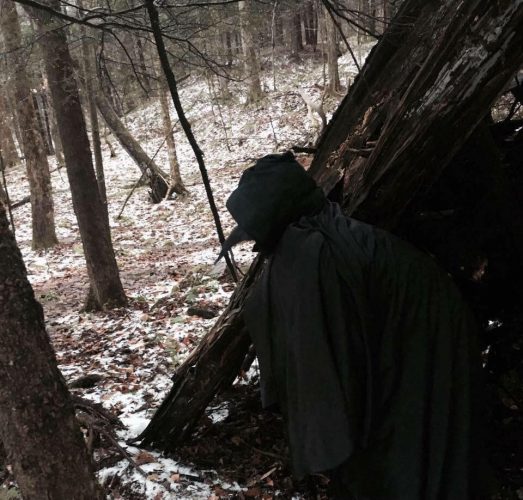 Ninhursag’s part of the split consists of four tracks, and the one you’ll hear below is the opener, “Uva Ursa“.

Metal-Archives doesn’t consider Ninhursag a metal band. I mention that not to argue the point (though I think they’re wrong), but because it’s one indication that what you’re about to hear is unconventional.

The vocals are also terrifying — a deeply unsettling array of awful moans, tortured shrieks, and lunatic cries, and not one manifestation of that voice sounds like the product of a well-ordered mind (or perhaps even a human mind). Everything is fracturing before our eyes, and within our ears.

Unexpectedly, as frightening and apocalyptic as the music is, it’s also mesmerizing.

To pre-order the split, avail yourself of these links:

4 Responses to “A DUAL PREMIERE: ONE MASTER (“STORMDIVISION”) AND NINSURHAG (“UVA URSA”)”