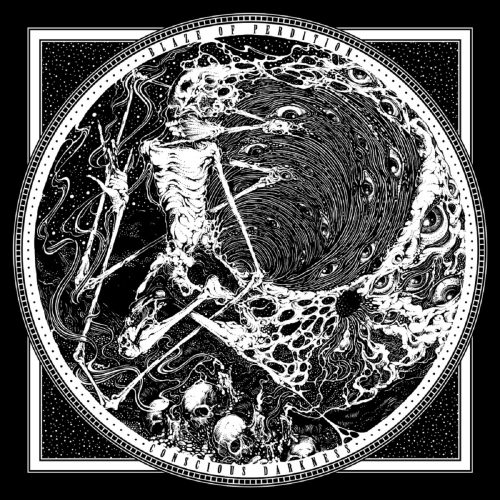 And so we welcome with open arms the new Blaze of Perdition album, Conscious Darkness, which will be released on November 3 by Agonia Records and includes cover art by Karmazid. 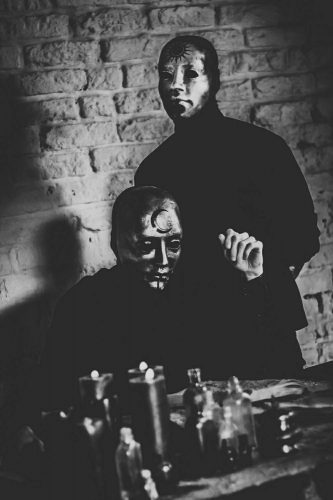 There are “only” four songs on the album, but they add up to a total running time of 45 minutes. The first advance music, therefore, consists of only a part of one of those long songs, though the part of “Ashes Remain” that has been revealed is itself eight minutes long.

It reflects qualities that made the band’s last album so good. It storms and rages in explosive fashion, its melody brooding and bleak. It also slows, reaching in these slower movements both heights of sorrowing grandeur and lows of disturbing delirium, while in its heavy, mid-paced segments it becomes a powerful headbang trigger.

Darkness and desolation reigns throughout this multifaceted track, right up through the hallucinatory conclusion of this excerpt. I could hardly be more eager to hear all of Conscious Darkness. 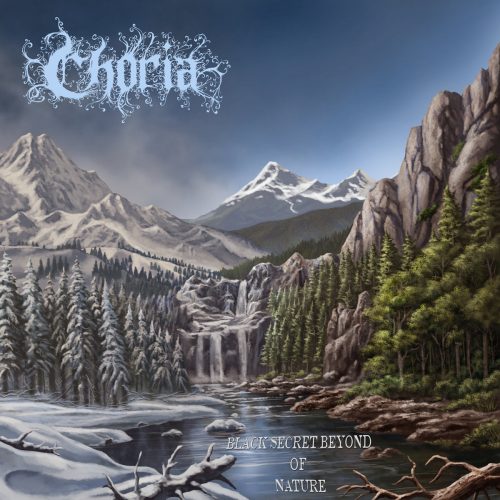 I actually intended to write about this next song last week, when I wasn’t able to manage a SHADES OF BLACK post at all, but I haven’t forgotten it. It’s kind of unforgettable.

The song is “Age of Sky“, the first single from an album by an Indonesian atmospheric (and nature-centric) black metal band named Choria. The album, entitled Black Secret Beyond of Nature, is projected for release in January 2018 by the Indonesian label Limited Blasting Production.

The chiming notes at the beginning of the song set a mystical and inviting tone for the music, and that mystical aura persists even after the track explodes in a powerful surge of majestic sound and then races in a torrent of galloping percussion, scalding shrieks, and spine-shaking riffs.

There is a sense of wrenching despair in the music’s atmosphere, but also a sense of fierce determination and heart-swelling triumph. When the pace slows (and becomes staggeringly heavy), the rippling guitar melody achieves an intertwining of beauty and bereavement. A song of great emotional power at all times, it becomes incandescent in its final stage, yet also even more intensely grief-stricken.

(Thanks to Milos for the tip on this one.) 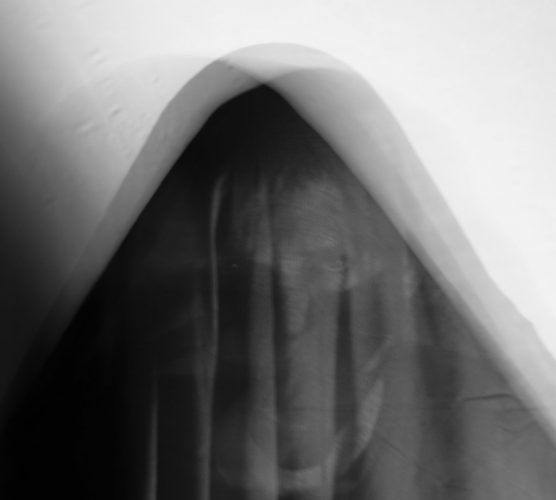 Gloom and ghostliness shroud this final song’s opening minute, the melody carried by something that sounds like a wind instrument. The gloom doesn’t dissipate even as a most terribly tortured voice enters the frame and the clatter and tumble of blasting drums amplify the energy. The slow waves of buzzing guitar and aching bass notes only deepen the raw and stricken resonance of the melody. The music chills the skin with the sound of death approaching, arms open wide for an unavoidable embrace.

The song is “Tobsucht” and it’s the first single from an album named Verblichen. This is the third album by the Thuringian black metal band Infaust, and their first one in 9 years. It’s set for release by Eisenwald on November 10.

3 Responses to “SHADES OF BLACK: BLAZE OF PERDITION, CHORIA, INFAUST”