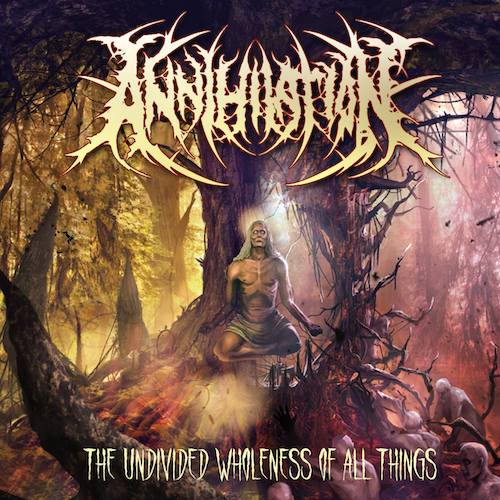 Even if you’re not familiar with the previous releases of the Portuguese band Annihilation, you wouldn’t need to be clairvoyant to foresee that they are a death metal band and that their music is likely to be obliterating. Their name, after all, is Annihilation. And yes, ruthless brutality is indeed a key part of their sound. But that’s true of scores of death metal bands. What makes this one special?

I do think Annihilation stand out from the brutal death crowd with their new second album The Undivided Wholeness of All Things, and the qualities that make their music interesting as well as… annihilating… are powerfully demonstrated in the song we’re presenting through a lyric video in this post. Its name is “Universal Dismal Collapse“. 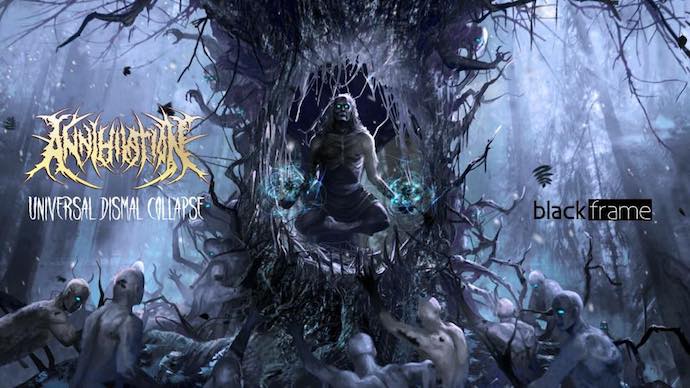 The track is a brutish black juggernaut that combines deranged and dissonant guitar torture with pneumatic grooves. In fact, the jackhammering rhythms are so potent that they’ll undoubtedly increase sales of this device. The sheer cold-blooded ferocity of the music is itself one of its stand-out qualities, as are the vocals — a deep, guttural gouging of the ears paired with brain-mangling howls and shrieks.

The shroud of dissonance that often cloaks the song further enhances its preternatural viciousness, as does the savagery (and technicality) of the hammering and writhing riffs and deranged leads. And another outstanding feature of the song is the drumwork, which isn’t quite what you would expect. Rather than persistent blast-beats or double-bass thunder, you get snare munitions that come in puncturing bursts, along with other creative flourishes. The song’s conceptual underpinning is also different from the usual obsession with dismemberment and gore. As explained by guitarist Fabio Da Silva:

“‘Universal Dismal Collapse‘ focuses on the spawning of a new Universe inside of a Multiverse. After the initial Big Bang explosion and the massive quantity of energy generated, several parallel Universes were created resulting in multiple realities. The Undivided Wholeness Of All Things revolves around the creation and destruction of one of those Universes and alternative reality by a reptilian entity called Nagas that feeds on human energy.” 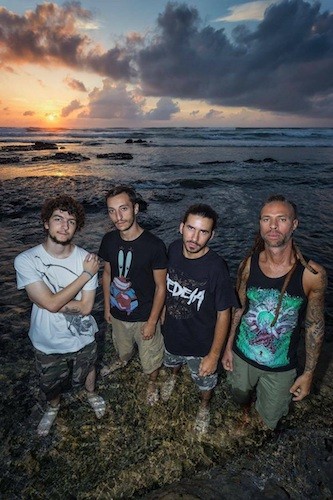 The Undivided Wholeness of Things will be released in November by the band’s new label, Nice To Eat You Records. It was mixed by Max Tomé (Colosso, Holocausto Canibal, Under Fetid Corpses) and mastered by the masterful Stefano Morabito at 16th Cellar Studios in Rome. The video was produced by Black Frame, and the album art was created by Pedro Sena.

Nice To Eat Your Records:
http://www.ntey.wz.cz