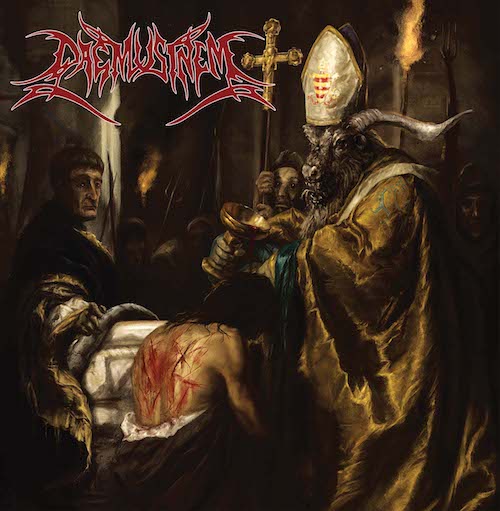 According to The Font of All Human Knowledge, Fra Dolcino was a 13th-century Italian priest and the leader of a reform movement that opposed the prevailing feudal system as well as the hierarchy of the Catholic church and sought to return it to ideals of humility and poverty, espousing human liberation and equality. In response to attacks by Catholic troops, he and his followers also became fierce guerilla fighters. In 1307 Fra Dolcino was captured and, without trial, tortured and burned at the stake by the Inquisition as a heretic.

His story has become the basis for the new concept album by the Italian death metal band Daemusinem, the name of which is Thy Ungodly Defiance. What we have for you today is a ferocious track from the album called “Golgotha“. 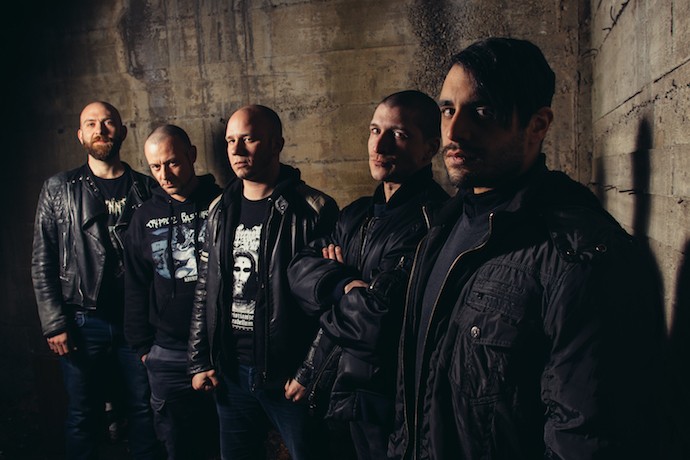 Thy Ungodly Defiance is Daemusinem’s third album in a career that extends back to 1999. Long spans of years have separated these albums, with extensive line-up changes occurring as well, to the point that the current incarnation of the band is almost completely different from the one that recorded the Diabolical Carnage full-length that was released in 2008. For this new album, three members of the group can also be found in the ranks of the brutal death metal band Putridity.

As a representation of their attack through this new album, “Golgotha” is a truly electrifying display of barbarity. The near-atonal riffing gives the sound a murderous quality, and the fretwork is so fast and insectile in its maniacal skittering and shrieking that it comes across as a deranged feeding frenzy. The growling and roaring gutturals add more fuel to the fire of the music’s violence.

And while the drumming is as technically adept as the string-work, with the drummer sometimes joining forces with the string-maulers to create hard-punching bursts, he more often presents interesting contrasts to the berserk, torrential quality of the razoring blizzard of notes. The overall effect of the sound rivets the listener’s attention, and gets the adrenaline pumping as well. 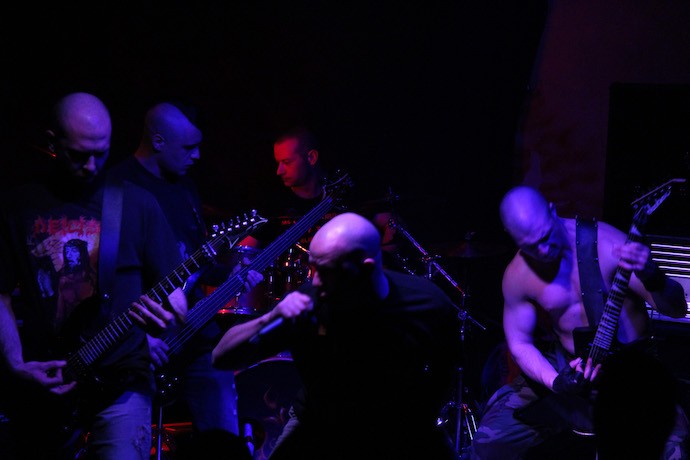 Thy Ungodly Defiance will be released by Willowtip Records on October 20th. Pre-order via the link below, and also check out the previously released track “Gospel Truth Is Bloodshed“, which we’ve included along with “Golgotha“.

One Response to “AN NCS PREMIERE: DAEMUSINEM — “GOLGOTHA””