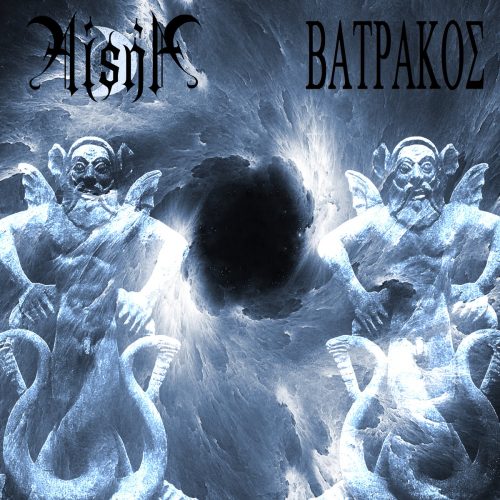 Xenoglossy Productions is making its first appearance today at our site, and so a word of introduction is in order: Xenoglossy is an Italian label formed by a collective of underground musicians who specialize in black metal, noise, experimental, and extreme music. On October 20, the label will be releasing a split by two Italian bands who are also making their first appearance here — Batrakos and Aisna.

Batrakos is a trio consisting of Heliogabalus (vocals, noise), F. (guitars, programming, noise), and Stilgar (effects, noise). Their motto is “Ugly Music For Ugly People“. However, although everyone who visits our site is, by definition, beautiful in every way, their music is for you too. Maybe. 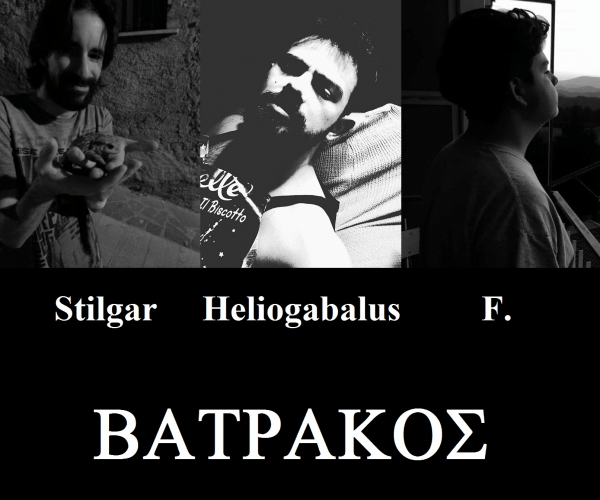 We are told that the Batrakos project is lyrically and visually influenced by avant-garde and contemporary art, and by the Dada movement especially.

The two Batrakos tracks on the split are “Le Beau Est Mort” and “Shame On You Tracy Diamond“.

The first of those tracks pulsates and hammers with a terrifying and voracious energy. For the first half of the track, the sound is a squall of vicious abrasion and psychotic noise, with a pneumatic, pounding drum rhythm providing the drive and a grim melody moving in waves through the tumult. The principal voice is itself a kind of squall, one that comes and goes like a tortured siren; other voices can be heard, and they are just as tormented. In the song’s second half, the mood becomes even more mind-fracturing and apocalyptic.

If “Le Beau Est Mort” is a pummeling, scarring typhoon of terror, “Shame On You Tracy Diamond” is a rhythmless communication from a different dimension than the one we live in, a recital of mysterious words by a monstrous, distorted voice surrounded by deep warbling tones and other freakish radiations from that demonic dimension. It’s a chilling experience that frightens in a different way. 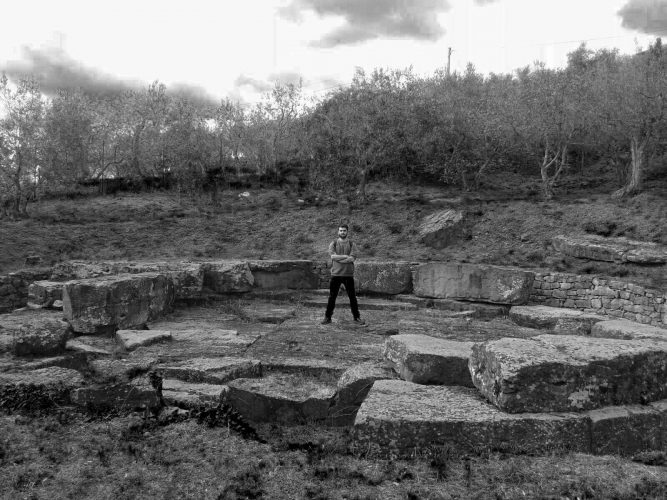 Aisna is a solo project, the work of an individual named Warrior. Aisna began as a folk project influenced by Etruscan culture, but has metamorphosed into a black metal band.

A seductive melody slowly rises and falls, and evolves, through the first segment of “Vanec Calus“, a cold, vibrating melody that conveys sensations of loss and grief, which is matched against the surging piston sound of the drums, the deep thrum of the bass, and blood-freezing vocal fury (or agony). As the song moves forward, ethereal melodic accents appear, and it becomes increasingly mesmerizing notwithstanding its harshness.

“Hinthial Terasials” also generates an aura of chilling bleakness, but it also seems to boil in a fever on the brink of derangement. The drum rhythm moves between rocket-fast blasting and a lurching, staggering rock beat that gets the head moving, while Warrior’s vocals are as savage and brain-cauterizing as before.

In a nutshell, this is an excellent split release by a very interesting and talented (and black-hearted) pair of bands. Xenoglossy will release the split in a limited edition of 20 copies, on vinyl-styled CDr with four panel artwork. Orders may be placed via the Bandcamp page linked below: