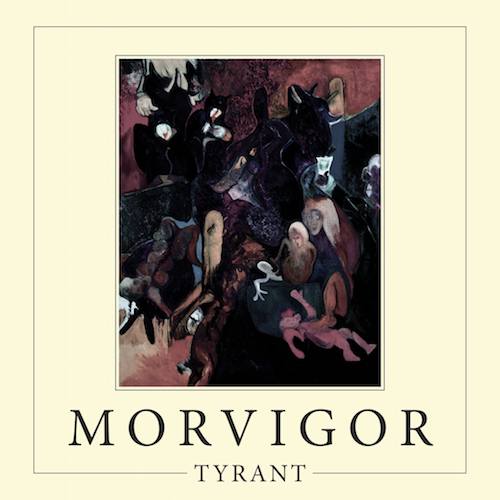 In many instances I have a decent idea what a band’s new song is going to sound like before I hear it, either because I’m familiar with their previous work or because it’s preceded by descriptive verbiage from press agents that ticks off genre boxes in a familiar way. But not so with Morvigor.

When I was given the opportunity to listen to the song you’re about to hear from this Dutch group’s new record, I went in blind, unfamiliar with their 2014 debut album and without benefit of any carefully crafted PR rhetoric. And the band’s own list of influences (ranging from Mayhem to Pink Floyd, and from Morbid Angel to Joy Division) was so diverse that it didn’t really help much — though it was certainly intriguing.

And then I heard “No Repentance“, and it felt like someone had stuck a live power line straight into my brain stem, by which I mean it is an absolutely electrifying surprise — one of the best new discoveries of this rapidly waning year. 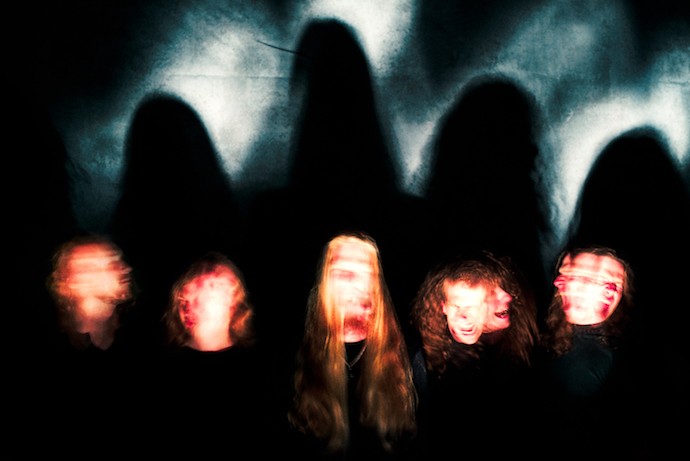 “No Repentance” comes from Morvigor’s new album Tyrant, which they plan to release on November 11. An 8-track, 47-minute affair, including an intro and an outro, the album begins with “No Repentance” following the intro, and it’s a hell of a way to welcome new listeners.

As that list of influences I quoted might suggest, the music is a genre hybrid in which elements of black metal, death metal, punk, and a lot more feed into what becomes an extremely dynamic and thoroughly addictive song. Launched by eerie ambient sounds and the slow reverberating twang of a solo guitar, the immediate mood is haunting and melancholy… which just makes the impact of what comes next (preceded by a cauterizing howl) all the more electrifying (there’s that word again, it’s the one that keeps popping into my head when I think about “No Repentance”).

The whole song is populated with an array of changing riffs, changing rhythms, and changing vocals (which range between monstrous growls and savage shrieks, capped by incendiary cries that almost (almost) become clean song). Some of the guitar chords sound like glorious fanfares by the horn section of a symphony in Hell. Others resemble the swarming of cannibalistic hornets or the boom of hammers on anvils. There’s a section at the 2:30 mark that’s a massive headbang trigger, and closer to the end the band slow to a lurching gait… but only as a prelude to a barbarous, slashing, head-hammering crescendo.

As you may have already gathered, the moods change as well, blending shades of darkness with the blaze of euphoria.

Can you tell how much I like this song? I hope you get an equally big charge out of it, too. Can’t wait to hear the rest of Tyrant.

Morvigor have no label yet, but I’ll wager that won’t last long. In the meantime, you will be able to pre-order Tyrant today in digipack CD format (with a 16-page booklet) from Morvigor via their Bandcamp page, linked below.

3 Responses to “AN NCS PREMIERE: MORVIGOR — “NO REPENTANCE””