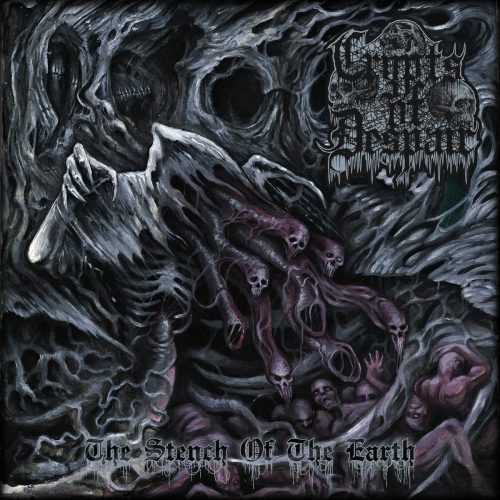 If you haven’t had a good solid headbang lately, we can fix that problem for you. And if you’ve been wondering what it feels like to suffer a cranial fracture and concussive trauma, we can take care of that, too. And we can supply both those needs in one fell swoop through our premiere of a track called “Path To Vengeance” off the debut album by Lithuania’s Crypts of Despair. Entitled The Stench of the Earth, it will be released on November 24 by those German specialists in death (metal) at Testimony Records.

Crypts of Despair first took shape in 2009, went into a hiatus in 2013, and revived in 2016, eventually assembling the revised line-up that recorded this new album, whose lyrical themes include “disgust and hatred towards humanity, death worship and the occult.” 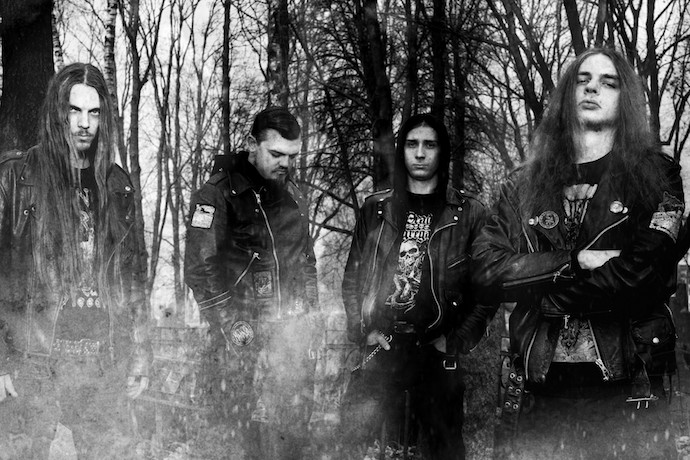 In a nutshell, “Path To Vengeance” is death metal with an old school flavor that hits with a massive, stunningly powerful impact. Ponderous and earth-shaking at first, it changes course multiple times — first viciously rampaging, then jackhammering everything into its atomic components, then brutally battering, and then driving like the pumping pistons of some huge diesel engine. And then the band slow the pace in order to excrete an oozing, morbid melody before driving hard again to the finish line. The vocal tandem of deep horrific roars and maniacal howls just further enhances the grim and remorseless savagery of the attack.

As mentioned earlier, this thing is an irresistible headbang trigger, and it’s virally infectious as well.

You’ll find pre-order links below, along with the track list. And if you allow the Bandcamp player to continue running after you hear “Path To Vengeance” you’ll also be able to listen to a second track, the album closer “Dead Light“.

5 Responses to “AN NCS PREMIERE: CRYPTS OF DESPAIR — “PATH TO VENGEANCE””