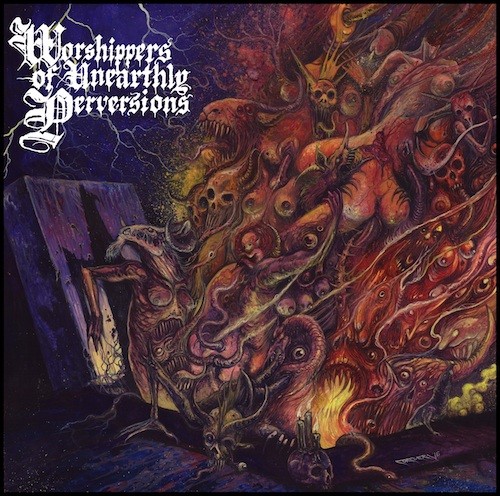 The album has the entirely appropriate title Worshippers of Unearthly Perversions, and it is the deviant work of a band from Stockholm with the entirely appropriate name Beastiality. This is the band’s first full-length album, and it will be discharged by Invictus Productions on December 15, with the apparent aim of bringing 2017 to a premature end under a toxic pyroclastic flow of black speed metal. The excerpt we have for you is a track called “Riders of Imminent Death“. 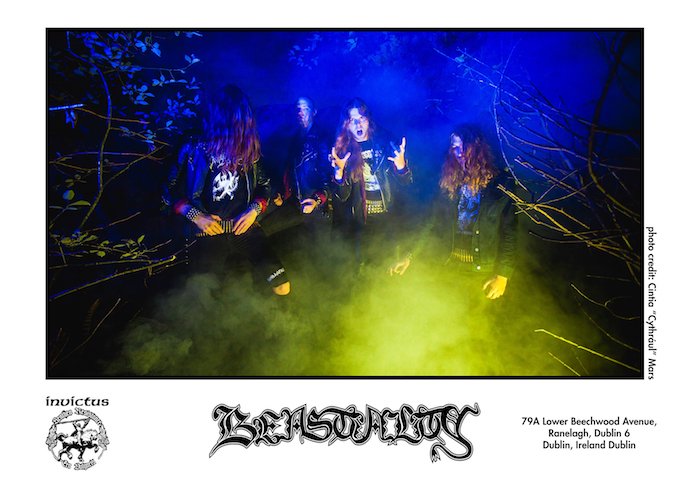 Some images of hell, manifested through some forms of black metal, capture occult scenes of terror and torture. Bloodletting and butchery would not be out of place in the visions spawned by Beastiality’s music, but such events would just be part and parcel of an alcohol-fueled night of debauchery. Rather than cold, bleak, and eerie sounds, Beastiality heat up a sonic cauldron that stinks of sulphur, sweat, and freshly carved body parts.

“Riders of Imminent Death” roils and rips, but while the music is a fast-paced romp from start to finish, the band take fiendish pleasure in changing the drum patterns, the riffs, and even the speed of the attack, with the blasting becoming even faster and the fret-leaping guitar work surging to an even more maniacal boil by the end, compared to how things begin. There’s plenty of battering, hammering, and galloping in the drum-work, plenty of freakish derangement in the riffing and the darting arpeggios, and plenty of raw, carnivorous hunger in vocalist’s channel-shifting demonic proclamations. And the bubbling bass tones are given a worthy prominence in the mix as well.

5 Responses to “AN NCS PREMIERE: BEASTIALITY — “RIDERS OF IMMINENT DEATH””