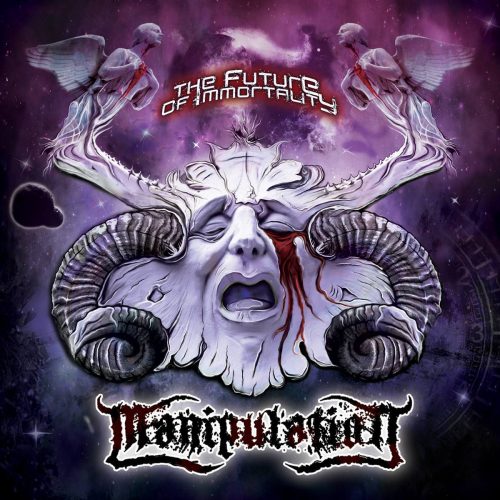 It’s our pleasure to ruin your eardrums, splinter your spine, and leave your mouth open in a ghoulish, drooling smile with our premiere of a track by the Polish death metal band Manipulation.

The band have been around since 2001. Their debut album The Future of Immortality was released a decade ago… but it is now getting a facelift and a reissue, courtesy of the Belarusian label GrimmDistribution. And by “facelift”, I mean that it has been remastered, with new artwork and fresh vocal insanity by the band’s new frontman. 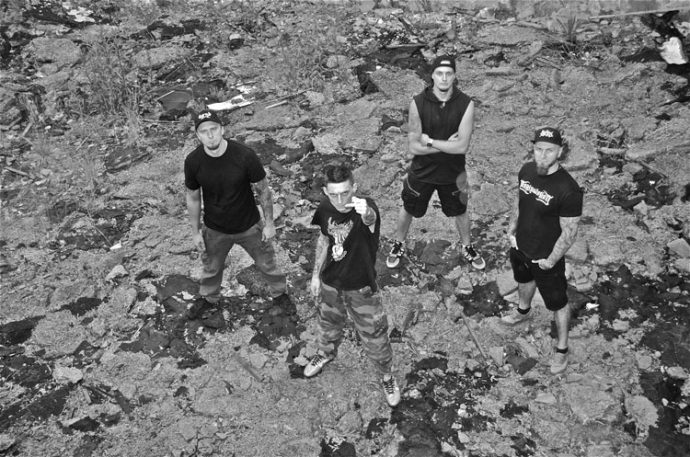 The reissue of the album is kind of a paving-of-the-way toward a new Manipulation album next year, but it is also very much worth hearing wholly apart from that, as the song we’re premiering will vividly demonstrate.

“Confession” takes a sharp change of course at about the 1:45 mark, a change that grows increasingly surprising. Before then, however, it’s a huge megawatt jolt of electricity — an assaulting combine of vicious drilling and swarming riff-work, pummeling and pile-driving drum attacks, and a maniacally deranged assortment of bestial howling, hate-filled growling, and strangled shrieking.

When the change happens, the pace slows and the lead guitar issues dismal moaning and wailing sounds over a grim bass pulse and a methodical, cranium-cracking drum rhythm. That turns out to be the beginning of an extended guitar solo that lasts until the song’s end — a beautifully nuanced, emotionally evocative, thoroughly engrossing solo conceived and performed with great skill.

The reissue of the album is set for release on December 24th, 2017. GrimmDistribution recommends it for fans of Anaal Nathrakh, Morbid Angel, and Cattle Decapitation. Below you can check out not only our stream of “Confession“, but also two previously released tracks from the album — “Mystical Manipulation” (a free download at Bandcamp) and “Demand of Purity“.