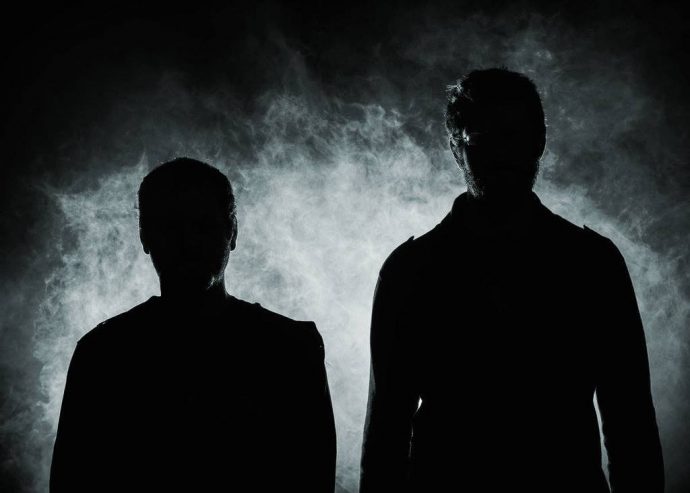 (In this 91st edition of THE SYNN REPORT, Andy Synn explores the three albums of Vancouver-based Kerala, including their brand new record, Biorealizations.)

Recommended for fans of: Neurosis, Behold the Arctopus, Krallice

Canadian duo Kerala describe themselves as “Progressive Sludge Metal” on their Bandcamp page, and while there’s certainly some serious proggery and churning sludgery to be found throughout their discography, this particular label could be accused of giving a slightly misleading impression of the band’s sound.

Yes, there’s a lot of gritty, gut-wrenching Neurosis-isms present in their music – most notably during their debut – and there’s also a hefty helping of Dysrhythmia-esque instrumental chaos at work too, something which steadily develops as the band grow in experience and ambition… not to mention some abrasive, Gorguts-ian overtones to be found during their heavier moments, along with an almost Meshuggah-like sense of texture and tension bleeding into their most recent album.

As you might imagine then, this makes for one extremely heady (not to mention heavy) concoction, which definitely isn’t for the faint of heart. And yet, that being said, for all their obvious complexity, the band’s songs still have a certain amount of hookiness and catchiness to them – even if it is of a highly irregular and unconventional sort. 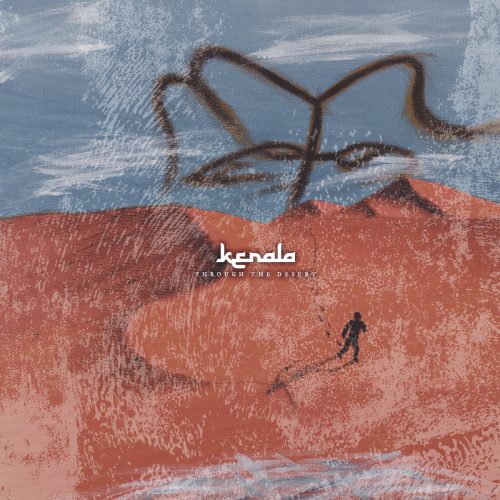 The band’s debut album is easily their most “normal” release, largely following the path laid down by post-Souls at Zero Neurosis, but embellishing it with some unusual twists and tweaks.

Track one, “Origins”, for example, goes for a highly atmospheric, Post-Metal slow-burn which only reveals itself over stages, but which also throws in some prominently proggy bass work along the way to sweeten the deal, while both “Golden Dawn” and “Mirage” find the band interweaving layers of moody melody and brooding intensity with sudden eruptions of calculated instrumental chaos (and, in the case of the latter, some prodigiously powerful grooves).

The opening bars to “Sphaerics” tease that this is going to be a more ambient, more purely atmospheric number, and while it certainly brings some serious atmosphere to the table, it does so through the medium of big, rumbling riffs and odd, harmonic bass/guitar lines that flicker and fluctuate in and out of the speakers in unsettling, unpredictable fashion – with follow-up “Sarpa Kavu” also pursuing a similarly sludgey and atmospheric, prog-tinged approach which builds towards a blasting, groove-heavy finale reminiscent of Krallice at their most psychedelic and melodic.

“The Return of the Philosopher King to the Cave of the Unenlightened Ones” is the album’s longest and most intricate song, whose early few minutes feature a stately procession of chiming guitar notes and somber clean vocals, underpinned by some impressively muscular drum work, that eventually gives way to some nimble Prog-Metal riffs and rhythms reminiscent of the vastly underappreciated Barishi, which in turns transitions into a devilishly doomy finale.

With “Death Posture” the band pretty much go full-Prog, throwing in a plethora of weird guitar tones, warped grooves, esoteric melodies, and sudden spasms of extremity, after which the humongous grooves and agile fretwork (not to mention some truly gargantuan gutturals) of “Pyramid of Darkness” serve to put the penultimate icing on the cake before the album closes out in style with the atmospheric instrumental strains of “Black Sun”. 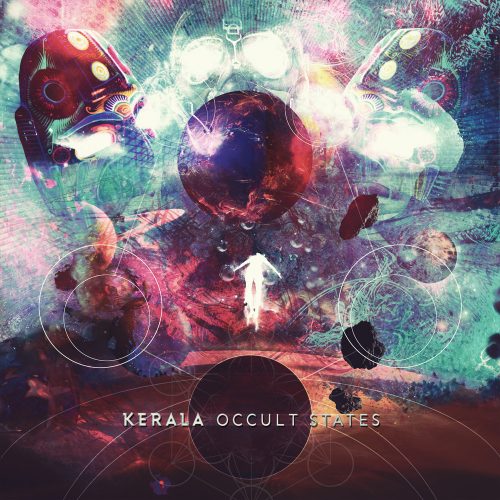 Album number two finds the duo budding off the proggy sludgery of their debut in some decidedly deviant directions, and pursuing a path that’s much more labyrinthine and less listener-friendly.

That being said, opener “Omnihilation” is a surprisingly graceful and melodic number, with Campbell and Biedermann smoothly intertwining nimble picked guitar and bass notes to create a gleaming harmonic atmosphere which really plays up their proggy side, before eventually locking into a much heavier, off-kilter avant-sludge groove to finish things off.

Track two continues to develop this unique sense of eccentric melody (albeit with an unusually dissonant edge), with droning clean vocals sitting atop a stop-start stream of strange anti-riffage and erratic rhythms, propelled by a series of oddly-timed percussive patterns which often don’t seem to be playing along to the same song, meaning that the eerie atmospheric opening to the entirely-instrumental “Unwhen’d” comes as something of a relief after this chaotic display of proggy disregard.

Of course this is only the calm before the storm, as the second half of the track finds the band erupting into a caterwauling sequence of jerky, jazz-like percussion and almost freeform guitars, which in turn gives way to a much heavier sequence of skittering, stuttery drum work and bizarrely angular riffs.

“Cosmic Vagina” (stop sniggering at the back) brings an extra dose of sludgy grimness to bear, all lurching riffs, grumbling bass-lines, and brutish, bellowing vocals – backed up by some subtle clean-sung embellishments and a restrained sense of subtly progressive melody – which makes for a suitably irreverent and unpredictable eight minutes, after which the one-two combo of “Protostar (Prefusion)” and “Main Sequence (Postfusion)” really play up the complex Krallice-isms of the band’s sound in a shamelessly offbeat blending of chaos and order, melody and discordance, aggression and ambience.

Instrumental-only number “Terragenesis” finds the band going almost full-on Dysrhythmia, sowing seeds of odd-shaped melody in amongst all the coiled, undulating riff-work which dominates the track, while closer “Hadean/Eoarchean” finds the duo pursuing a much doomier vibe, reminiscent in some places of The Ocean at their slowest and darkest, albeit delivered with a genuine disregard for custom or convention, and ends the album on a fittingly warped and wonderful note. 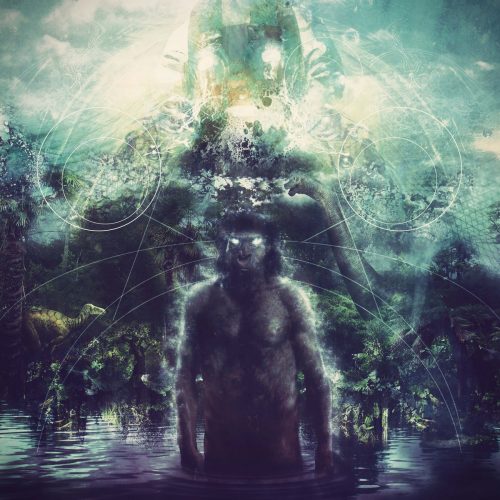 An all-round heavier and harsher musical experience, Biorealizations finds Kerala switching tactics slightly, and focusing in on producing four lengthy passages of their signature brand of Progressive Technical Blackened Post-Sludge shenanigans designed to leave you feeling like your mind has been given a quick run through the spin cycle and then hung out to dry on a live power line.

Opener “Microbia” immediately lets you know that this is a darker, denser, piece of work than anything the band have produced before, all chunky, churning riffage and booming, brooding bass-lines and grim, gravel-throated gutturals that recall a more introspective, groove-oriented Meshuggah in part, interspersed with passages of visceral, blackened aggression and intensity.

Of course it’s not all crunch and chaos, with Campbell and Biedermann taking care to throw in some moments of uncanny, unsettling ambience and shadowy melody along the way, but the overall impression provided by this first track is one of doomy heaviness edged with cold, cerebral dissonance.

“Multicellularis” is an even heavier number (just listen to that guitar tone) that bears down upon you with a sense of crushing inevitability and unstoppable momentum, its grinding, slow-motion riffs and howling vocals managing to be both hypnotic and harrowing in equal measure, often sounding like a doomier, groovier Gorguts – particularly when the duo start to play around with eerie atmospheric elements and stark harmonics in amongst all the pseudo-deathly chuggery and tumultuous, tangled rhythms.

Beginning life as a piece of unsettling ambient soundscaping, “Serpentium” soon transforms (via a blend of seriously thick and kinky bass lines and some bristling tremolo work) into the album’s most overtly blackened and atmosphere-heavy track which, when it erupts, sees the band ploughing a much more furious, much more abrasive, furrow fueled by a deluge of by a mixture of twitchy, anxiety-inducing blastbeats and lurching, groaning riffs.

The album’s fourth and final track, “Mammalia”, builds from a spooky ambient intro into a clanging, clattering monolith of monstrous, tolling riffs, bruising vocals, and taught, tendon-like bass lines practically quivering with barely suppressed tension – Meshuggah by way of Neurosis and Gorguts, with a dash of Krallice-esque controlled chaos thrown in for good measure – which then proceeds to contort and coil in on itself like the proverbial snake devouring its own tail, for fourteen minutes of angular, avant-garde metallic atmosphere and high-voltage intensity that barely allows you room to breathe.